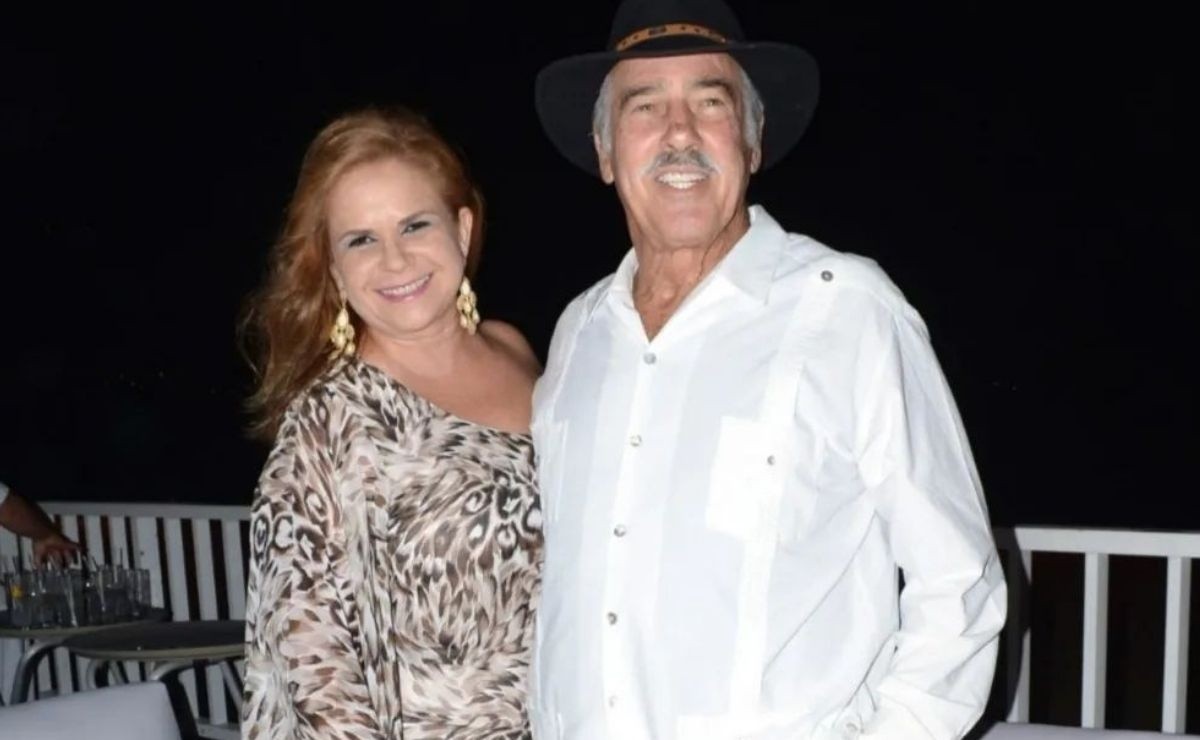 To put an end to all the rumours, Margarita Portillo, wife of Andrés García, has revealed the actor’s true state of health

It all started when he suffered a fall and had to enter the hospital , where after doing some tests they discovered that he had other health problems. And although through his YouTube channel , Andrés García informed his followers of the illness that afflicts him, now it is his wife Margarita Portillo, who reveals the true state of health of the actor .

Margarita, who has been the life partner of the soap opera heartthrob, confessed that her husband "has been a little weak", however he is stable.

After the spectacular blow to the head that Andrés García suffered and the worrying statements he made about his health, even assuring that he had little time left to live, the actor’s wife, Margarita Portillo, revealed how her partner is currently.

In an interview for ‘ Teledario ‘, Margarita shared that the protagonist of Pedro Navajas is recovering satisfactorily from his blow to the forehead and mentioned that, probably, these days they could remove the sutures that he has in the wound .

However, she also admitted that her husband "has been a bit weak" because he is currently dealing with "acute anemia", for which "sometimes he needs a blood transfusion", and denied all the rumors that were circulating that assured that García suffers from leukemia.

He has a condition in his spinal cord that destroys his red blood cells, but he doesn’t have leukemia, no, he has cirrhosis, yes.

On the other hand, he also confessed that this situation sometimes caused the actor to get depressed: "In the most difficult moments, sometimes he has even told me ‘I don’t want to live like this’ or ‘I don’t want to go on anymore.’ Well, I have to encourage myself and encourage him," he assured.

He even admitted that they had to resort to "professional help" to learn how to deal with this difficult process for the couple.

To conclude, Andrés García, who was present at the time of the interview, indicated that he was making an effort to recover, but mentioned that he does not feel well and that he now needs help to walk.

We’re making him want, but I don’t feel good at all. I walk on the walker

Recently, the first actor uploaded a video to his YouTube channel where he told about his head accident, while declaring that his end "was near". Likewise, in the July 6 broadcast of the program led by Gustavo Adolfo Infante , De Primera Mano , Andrés himself confessed that he suffered from cirrhosis .