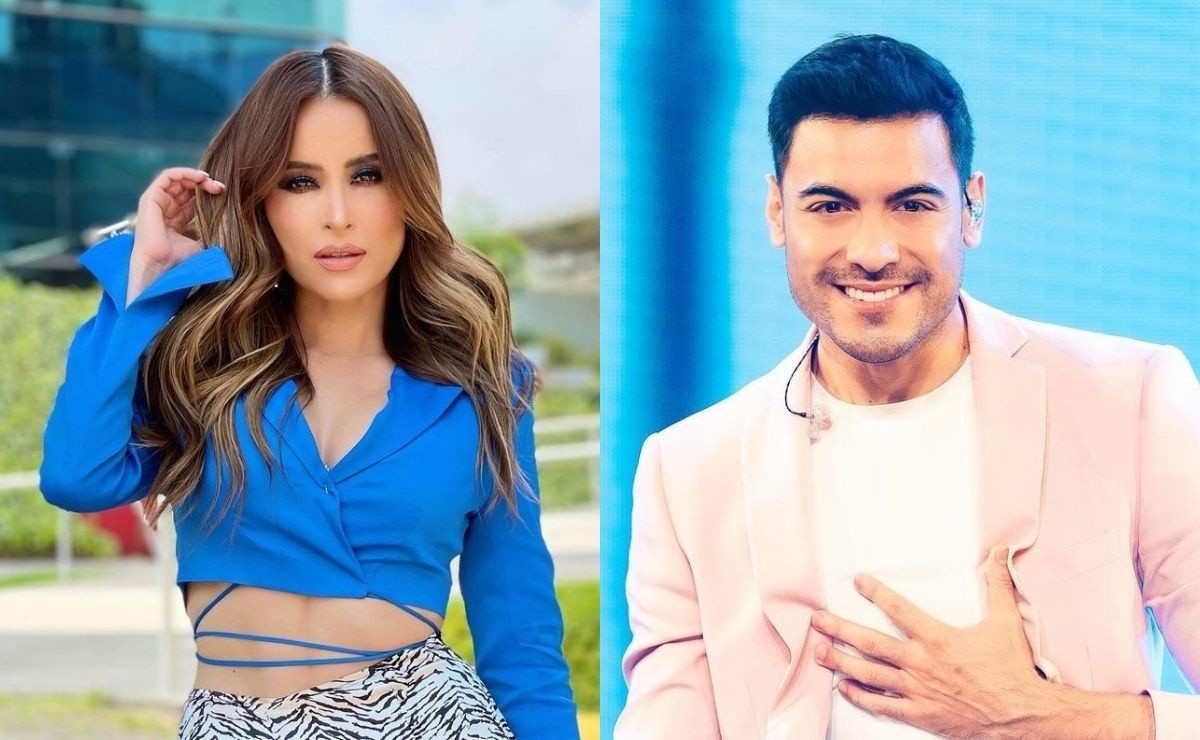 The former academics are still on vacation and in the middle of their visit to various places, they make space for each other to enjoy a romantic dinner and strengthen their relationship

There are already several weeks that this controversial couple has been on vacation and they have not stopped posting some of their most special moments of this trip on their social networks, and it was just through Instagram stories where all their followers realized the dinner romantic that they had between petals and candles , thus showing that Carlos Rivera and Cynthia Rodríguez are more in love than ever.

Although they are very hermetic in their relationship, from time to time they do reveal some special moments that Carlos Rivera and Cynthia Rodríguez live together, just as they did recently where they showed that they are very much in love and celebrated their love at a romantic dinner at the that there were petals, candles and a good drink, all very special and romantic.

"I’m going to give myself a little time, I’m going on a trip for a little while to enjoy my relationship, my life, to return recharged", that was the statement that Cynthia Rodríguez made in Venga La Alegría at the end of May and then take a plane and escape with her boyfriend Carlos Rivera to Europe, spending a few days there, they traveled again, but now to the African and Asian continents.

Already installed in the Middle East, the couple let it be known that they visited one of the places of their dreams, Cappadocia, a semi-arid region in central Turkey known for its characteristic fairy chimneys, there they took a balloon ride and also made space to enjoy a romantic dinner, thus continuing with your plan to spend time as a couple.

And it is that both lead a very heavy life in terms of work, while the tlaxcalteca spends it on tour, she had to be on Tv Azteca recording a program all week, so with these vacations together they are making the most of their time as a couple and strengthening their love, so they had a romantic dinner in this place, Cappadocia.

Although they did not upload a single photo together, respecting their rule of not displaying their relationship, the former academic did upload a video in her Instagram stories where a table with a white tablecloth, watered red rose petals, two glasses and candles can be seen. , wrapped in a very romantic atmosphere with very dim lighting, and thus the two enjoyed that time alone.

The native of Coahuila also shared another story where she showed that it was not only a romantic dinner, there was also a special breakfast for both of them , as she showed two glasses, flowers, a bottle and food, making it clear that they are having an incredible time on their trip as a couple.

The fans are the most excited about these posts made by Cynthia Rodríguez, because despite the fact that this couple cannot be seen together, with the stories in the same places and almost at the same time, they imply that they are happy and enjoying their company .