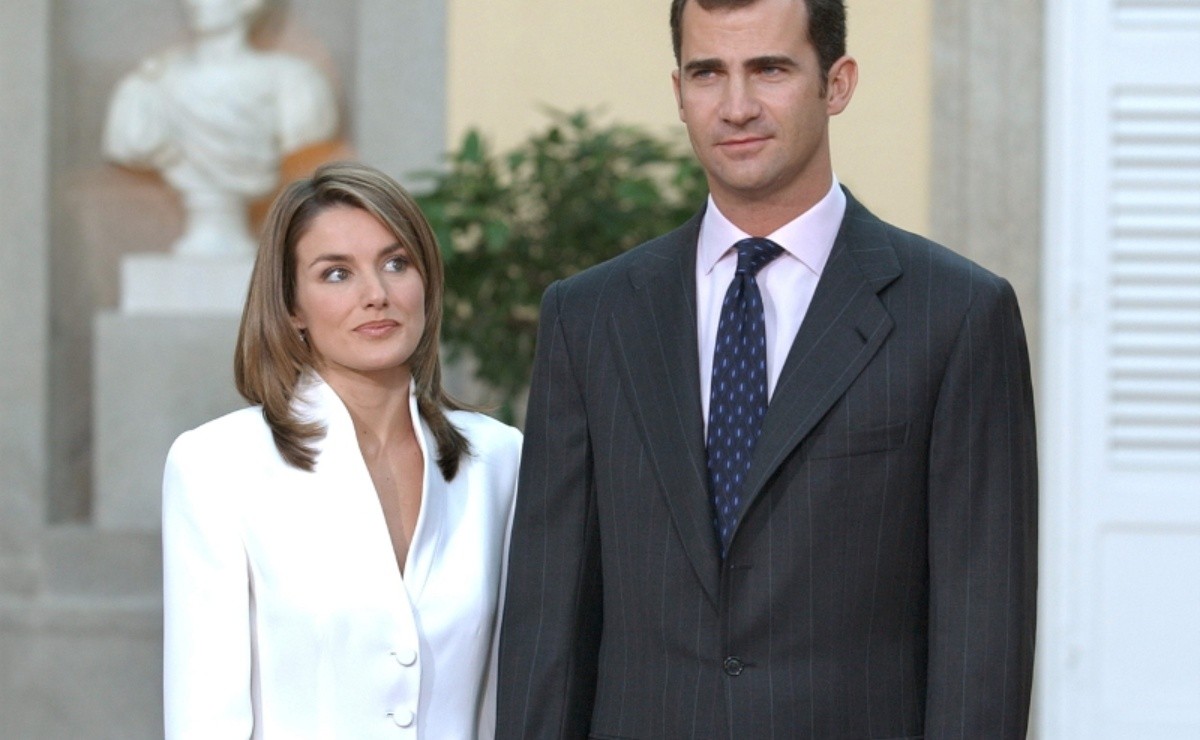 Fifteen years later, Queen Letizia winks at the King on Valentine’s Day and takes this white suit jacket out of the closet again

Dressed in the iconic Arnani that she wore on the day of her marriage proposal, Queen Letizia has visited the Mausoleum of Mohamed V, grandfather of Mohamed VI and where his father, Hasan II, is also buried.

Fifteen years later, Doña Letizia winks at the King on Valentine’s Day and takes out of the closet this white jacket suit that she wore at her official engagement at the Royal Palace of El Pardo on November 6, 2003.

As is the tradition in all the stays of foreign leaders in the Moroccan capital, Don Felipe and Doña Letizia placed wreaths in memory of Mohamed V and his son.

To comply with the Muslim custom, both took off their shoes and the queen covered her head with a handkerchief to access the tomb and place the flowers before the two tombs.

Don Felipe, in a navy blue suit, and Doña Letizia, dressed in white, made a gesture of recollection at the tomb of Mohamed V and then, arm in arm, they went to that of Hasan II.

The current monarch’s grandfather reigned from the country’s independence in 1956 until his death in 1961, when he was succeeded by Hasan II, who died in 1999, which led Mohamed VI to assume the throne.

The kings were accompanied by the ministers of Foreign Affairs, Josep Borrell; the Interior, Fernando Grande-Marlaska; that of Culture, José Guirao, and that of Industry, Reyes Maroto, who also covered his head with a handkerchief as a sign of respect.

The kings already paid tribute to the two previous Moroccan monarchs in July 2014, when they made their presentation trip invited by Mohamed VI.

Later, the queen visited the "Second Chance School", in the Salé neighborhood, where foster children and young people are trained.

Then they will meet again to have a meeting with Moroccan writers in the Spanish language.