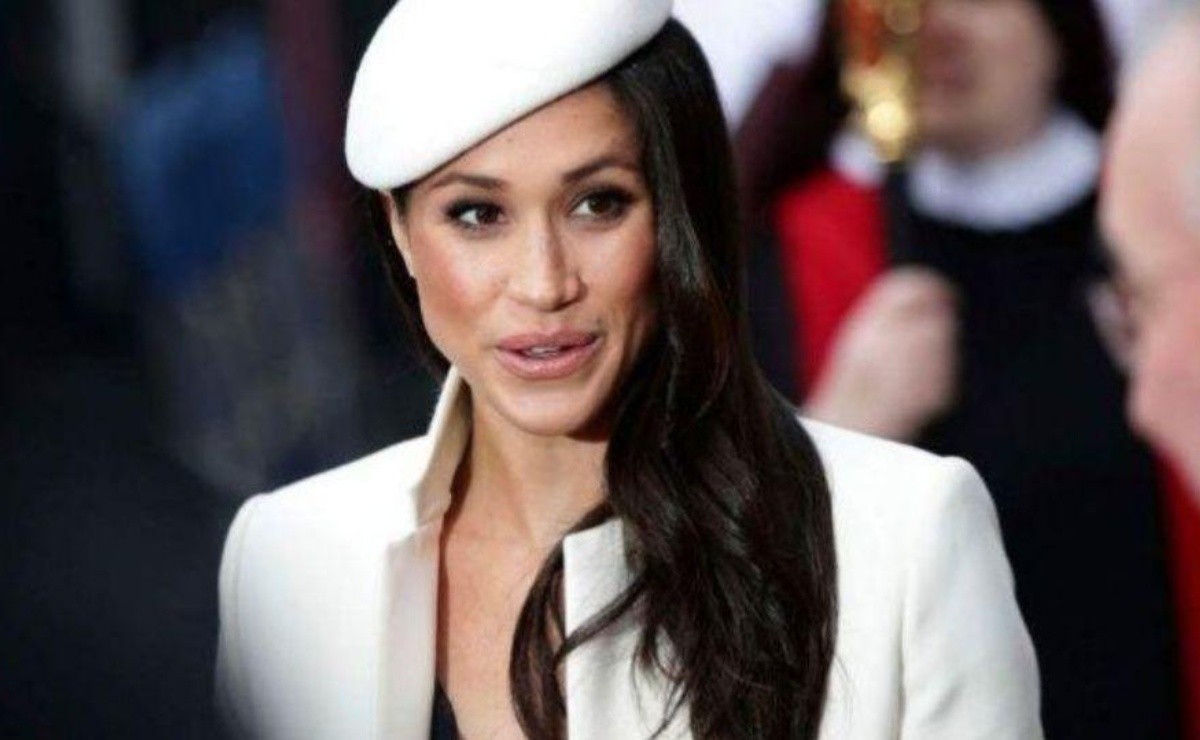 Meghan Markle continues to demonstrate her simplicity like Prince Harry, both helped a loving couple to get the best photos.

The Dukes of Sussex are being the sensation in Vancouver, where Meghan Markle helps a couple to be photographed, the couple could not believe it , the Duchess was in front of them.

Meghan Markle helps a couple to be photographed, they could not believe the friendly gesture of the Duchess of Sussex, Prince Harry was also there witnessing the magical moment.

As is well known, princes Meghan Markle and Harry, spent the December holidays away from the Royal Palace, they meet little Archie in Vancouver, Canada, the same place where this lucky wedding couple was.

That of wanting to take a break and have a "normal" life outside of their royal activities, is very serious, as demonstrated by the Duke and Duchess of Sussex on a walk through that city.

A couple in love had the fortune to have an anecdote next to princes Meghan and Harry, the story revolves around some photographs of lovers.

Asymina Kantorowicz and Iliya Pavlovic, wanted to publicize this anecdote, where they narrated that while they were in a park, they both wanted to take some photographs without success, because they could not come out well in the shots.

Also read:  The Revenge Of Meghan Markle And Harry To British Tabloids

With a selfie stick in their hands, the sweet couple were preparing to take those souvenir photos, when they were suddenly approached by a woman who was with a group of people to offer her help.

It was until the moment when they were taking their photographs, when Asymina realized that the one who was photographing them was nothing more and nothing less than the Duchess of Sussex.

On this day, two years ago: 27th of November 2017, Prince Harry and Meghan Markle announced the news of their engagement, later becoming Their Royal Highnesses The Duke and Duchess of Sussex! They have since celebrated their wedding anniversary and welcomed their son, Archie, into the world ❤️ • Photo © PA / Alexi Lubomirski / Chris Allerton © SussexRoyal

Asymina recounted her experience and her feelings at that moment, she said that she could not believe what she was experiencing, she thought that it was all part of a dream, but she also noticed the presence of Prince Harry there.

I froze, I really couldn’t believe who I was. Then I turned to the side and that’s when I realized that Prince Harry was standing there. I kept turning around like is it really happening?

According to other people who were at the scene and who witnessed the moment when Meghan Markle offered to take the photographs of this couple in love, they said that the princes had behaved like true friends.

After this anecdote came to light, the park located in Vancouver where this meeting took place is more crowded than usual, as people wait anxiously and with hope to meet the Duke and Duchess of Sussex.

It may interest you: Prince Harry and Archie wish a happy new year from Canada.