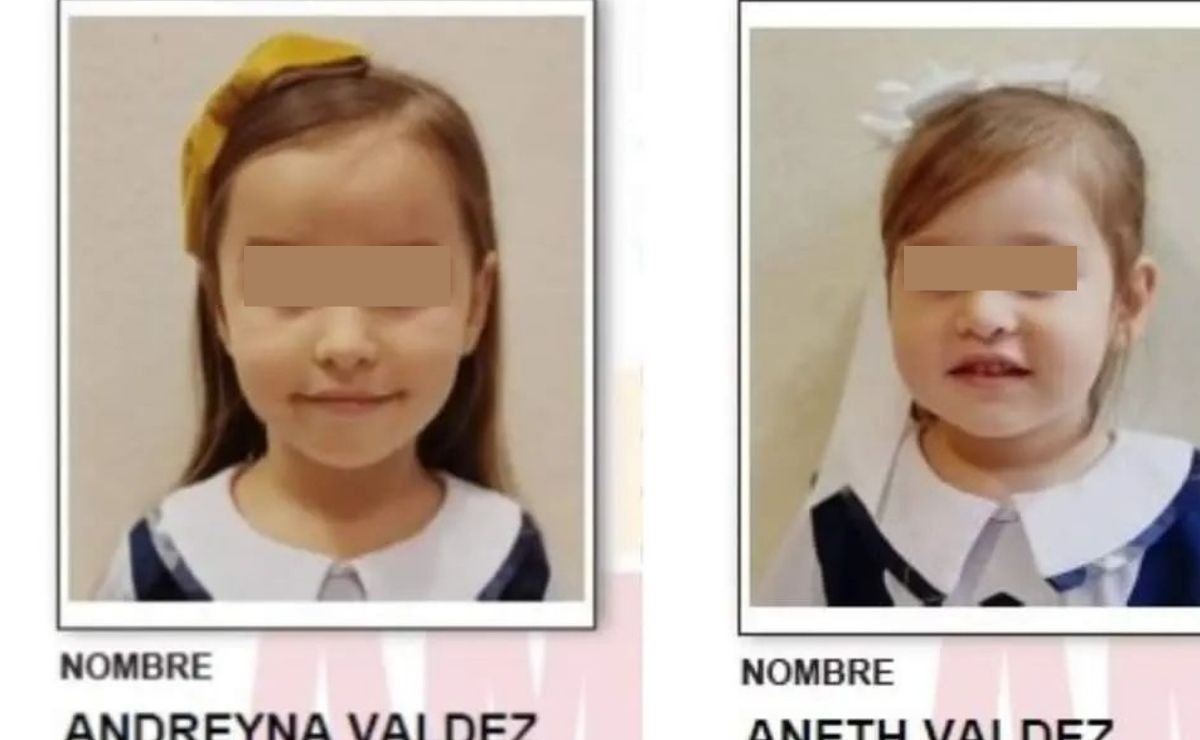 The little Andreyna and Aneth Valdez who were abducted by their father on June 22 were located safely in Culiacán. Amber Alert has been deactivated

They have deactivated the Amber alert to locate the sisters Andreyna and Aneth Valdez Calderón, 5 and 3 years old respectively, since the little ones are finally in their mother ‘s arms.

The sisters were found safe and sound in Culiacán , Sinaloa . Through a collaboration between the Prosecutor’s Offices of Sonora and Sinaloa , obtaining a positive response to the issued Amber Alert.

So, with this finding, the Amber Alert has been deactivated and although at the moment there is no detailed report of their location, it is supported by photographic evidence that the minors are already in the company of their mother.

The last time the little ones were seen was on June 23 in Hermosillo, Sonora. The minors had been abducted by their biological father on the aforementioned date, according to the inquiries released on July 5 by the Sonora Prosecutor’s Office (FGJE) and the Ministerial Agency for Criminal Investigation ( AMIC ).

It was last Monday, July 4, when the activation of Amber Alert was announced to find the whereabouts of the sisters. Finally, this Wednesday 6 the search has been deactivated.

The Amber Alert is a notification system for missing minors, which has been applied in several countries since 1996. The America’s Missing: Broadcasting Response (AMBER) originally refers to the girl Amber Hagerman kidnapped and located days later lifeless.

In Mexico, it is a program that establishes a dissemination tool, which helps in the prompt location and recovery of children and adolescents who are at imminent risk of suffering serious harm due to non-location or any circumstance where the commission is presumed. of a crime that occurred in national territory.