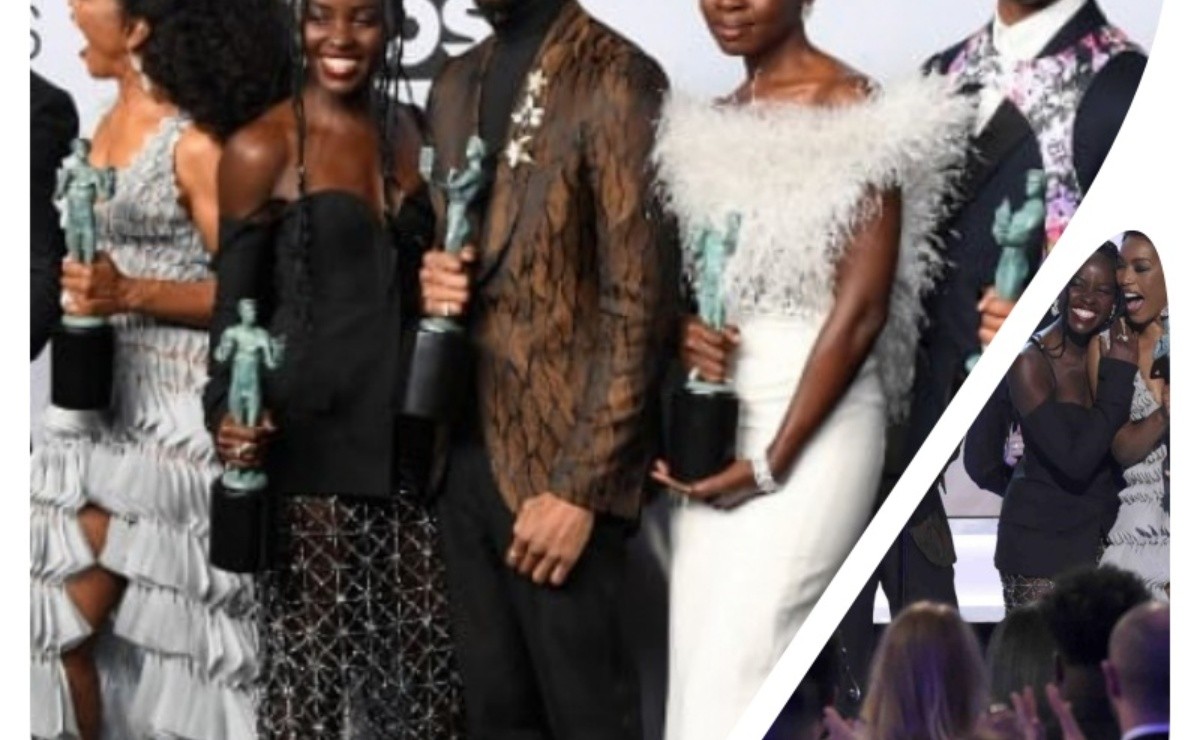 Black Panther this week became the first superhero film to be nominated for an Oscar for best feature film.

The superhero film ‘Black Panther’ triumphed today in the 25th edition of the Actors Guild of America (SAG) awards by taking home the award for best cast of a film.

Chadwick Boseman, who starred in the film as King T’Challa, or ‘Black Panther’ , appeared on stage accompanied by several of his companions such as Lupita Nyong’o, Danai Gurira and Michael B. Jordan.

Upon receiving the award, he took the opportunity to wonder if the film has changed the way the audiovisual industry views black artists.

. @theblackpanther takes home the Actor® for Outstanding Performance by a Cast in a Motion Picture! #sagawards ��

The cast also includes renowned performers such as Andy Serkis and Forest Whitaker.
The blockbuster Marvel film, which grossed $ 1.346 million worldwide, continues to pave the way for diversity in Hollywood after being the first superhero film with a black lead.

In addition, this week it became the first superhero film to be nominated for an Oscar for best feature film.

Emily Blunt, who was not nominated for an Oscar for either "Mary Poppins Returns" or "A Quiet Place", was able to make up for herself with the award for best supporting actress for "A Quiet Place" and dedicated it especially to her husband John Krasinski, director and co-star of that film.