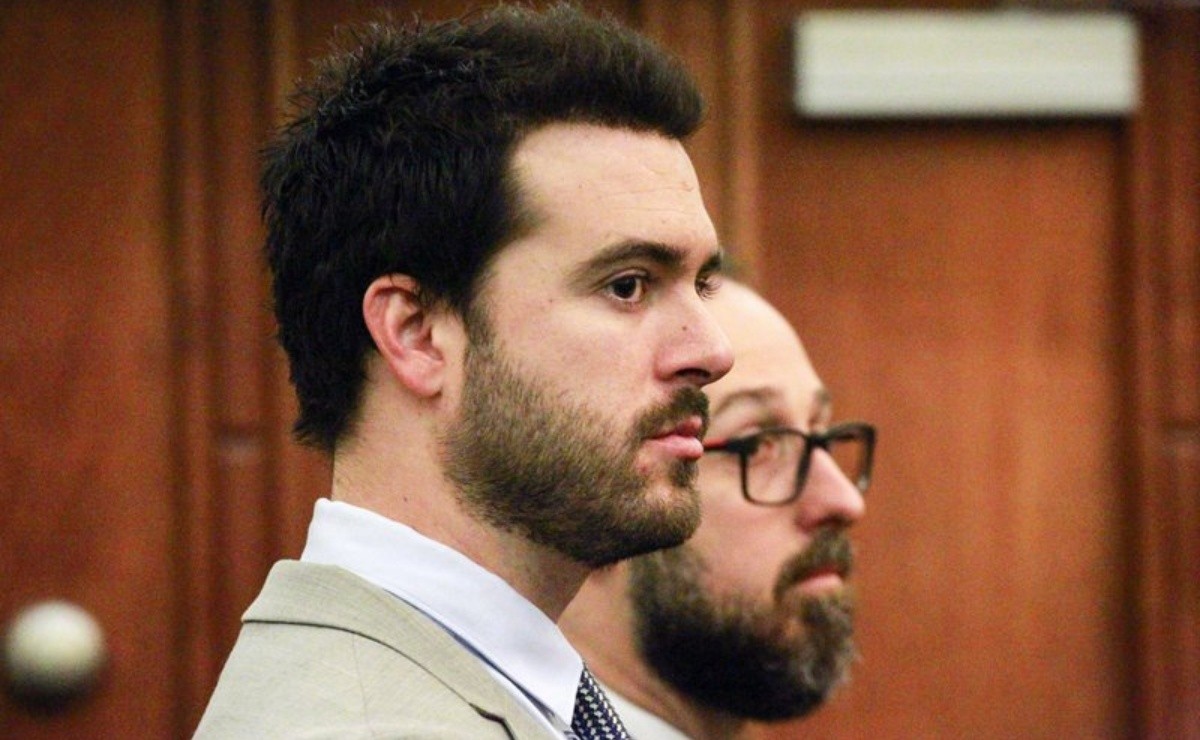 The nightmare for the actor, Pablo Lyle is not over , after hitting a person in the United States after a traffic problem, who when he fell hit his head hard and died in hospital.

Pablo Lyle is an actor from Mazatlán , Sinaloa who, because he is violent, is leading a very delicate trial in the United States that could cost him many years in prison.

Just now Pablo Lyle received a slap on Wednesday when a judge rejected his request to travel to Mexico and ordered him to remain in Miami while he continues his judicial process.

You can see: Pablo Lyle’s wife thanks her family’s support with a message

Lyle, who starred in the Mexican soap opera "My Adorable Curse" and alleges that he is innocent, will continue to wear a GPS monitor on his ankle that allows authorities to know his movements 24 hours a day.

The judge’s decision was known a week after the actor requested permission to return to Mexico in order to be close to his family and be able to work. He promised that he would return to Miami to face the charges, but the prosecution expressed their fear that this would not happen.

Lyle’s legal process takes 10 months and the actor is not authorized to work in the United States. His lawyers assured on Wednesday that he remains in this country legally, although they did not offer details. In a previous hearing they had said that their tourist visa was about to expire.

Lyle lives in an apartment owned by his sister and brother-in-law, but his wife and children remain in Mexico.

The actor from the Netflix series "Yankee" quietly entered the courtroom through a back door, dressed in a light gray suit and a matching dark tie. He wore a beard and greeted the journalists who were seated waiting for the start of the session on the other side of the judge’s podium with a “Good morning”. He listened to the decision of the magistrate standing up and withdrew without making a statement.

Lyle’s defense seeks that justice dismisses his case, claiming that he acted in self-defense. A previous judge rejected those arguments and ordered to continue with the judicial process, but the actor’s lawyers appealed that decision before a higher court that has not yet ruled. If the court dismisses the self-defense arguments, the case would go to trial.

The judge set a new hearing for March 20 to find out what the status of Lyle’s case is in the appeals court. "He has a positive attitude, he has confidence in his lawyers and in his friends," said Alejandro Sola, another of the actor’s lawyers.

The vehicular confrontation took place on March 31, when Lyle’s brother-in-law took the actor, his wife, and two children to the Miami airport and came across the car of Juan Ricardo Hernández, a 63-year-old Cuban.

According to images from security videos, Hernández got out of his vehicle at a red light and approached the window of the car in which Lyle was traveling to claim that they had blocked his way. Lyle’s brother-in-law got out of his car and argued with Hernández, but when he saw his vehicle move, he returned. That’s when Lyle – who was in the passenger seat – got out, ran over to Hernandez, and hit him in the face.

Hernández was left alone on the floor as Lyle’s vehicle drove away. A few hours later, Lyle was arrested at the Miami airport, as he was preparing to travel to Mexico, and was released on bail.

Four days later, Hernández died in a hospital from a brain injury caused by the trauma. Lyle has stated that he beat him because he feared that the Cuban would attack him with a weapon.