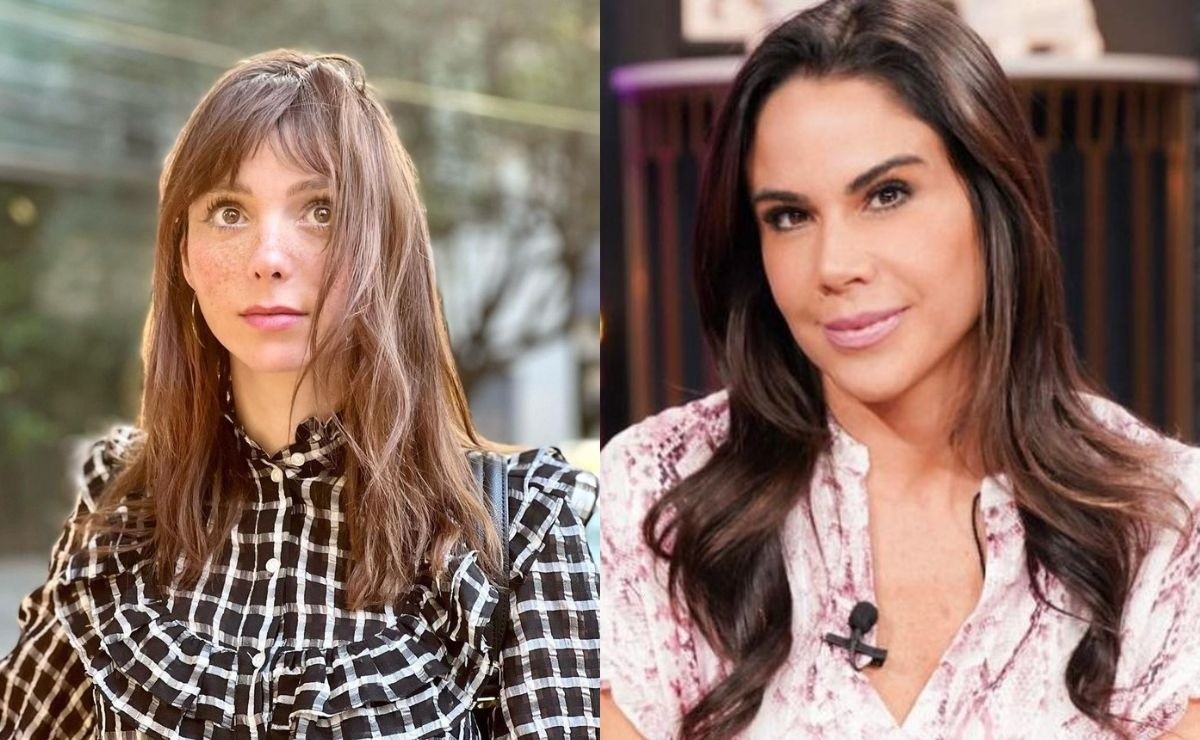 Natalia Téllez and Paola Rojas starred in an embarrassing moment in Netas Divinas, the journalist did not know what to do or what to say at this moment

In the Netas Divinas program they make confessions and strong ones that leave the public impressed, but also the drivers sometimes star in embarrassing moments, like the one that Paola Rojas went through when her partner Natalia Téllez did not hesitate to try to kiss her, in addition to showing a lot of emotion with her beauty, at that moment the journalist did not know what to do.

One of the most beloved and flattered conductors within Netas Divinas, is undoubtedly Paola Rojas, even her own companions cannot resist her charms, so much so that even Natalia Téllez has already tried to kiss her and did not hide her emotion for so much beauty that she sees in the famous, the moment was recorded before the cameras and they showed the video on social networks.

In Netas Divinas they caused a stir among their followers and those who do not miss a single chapter of the program, and that is that in one of the most recent broadcasts they made Paola Rojas blush in the midst of so many compliments, in addition to Natalia Téllez getting carried away due to the heat of the situation , getting closer to Zague’s former partner.

During the Netas Divinas program, Galilea Montijo, Natalia Téllez and Daniela Magun could not go unnoticed by the tremendous neckline that Paola Rojas wore, as the journalist wore a blue dress with a V-neckline with which she showed more than necessary, so that they let her know, but not as something to cover up, rather they took the opportunity to fill her with compliments.

Galilea Montijo began to talk about Paola Rojas’s neckline and also told her that after her divorce with Luis Roberto Alvez Zague, she had become prettier and empowered, that she is better than ever, the other drivers joined the praise towards the journalist, while she just laughed nervously and pulled up her neckline to cover herself.

After a good dose of flattery, Natalia Téllez decided to get up and walk towards her partner, lifting her dress and trying to kiss her, while Paola Roja, already very flushed, only screamed and froze, and although this kiss did not happen, the former presenter of Telehit She said she was very moved by the charms of her partner.

The moment was recorded and posted on social networks, so users supported Galilea Montijo confirming that she does look prettier since she divorced Zague and for 45 years, she still looks great, fit and with a heart attack figure, so the compliments were present on Instagram.