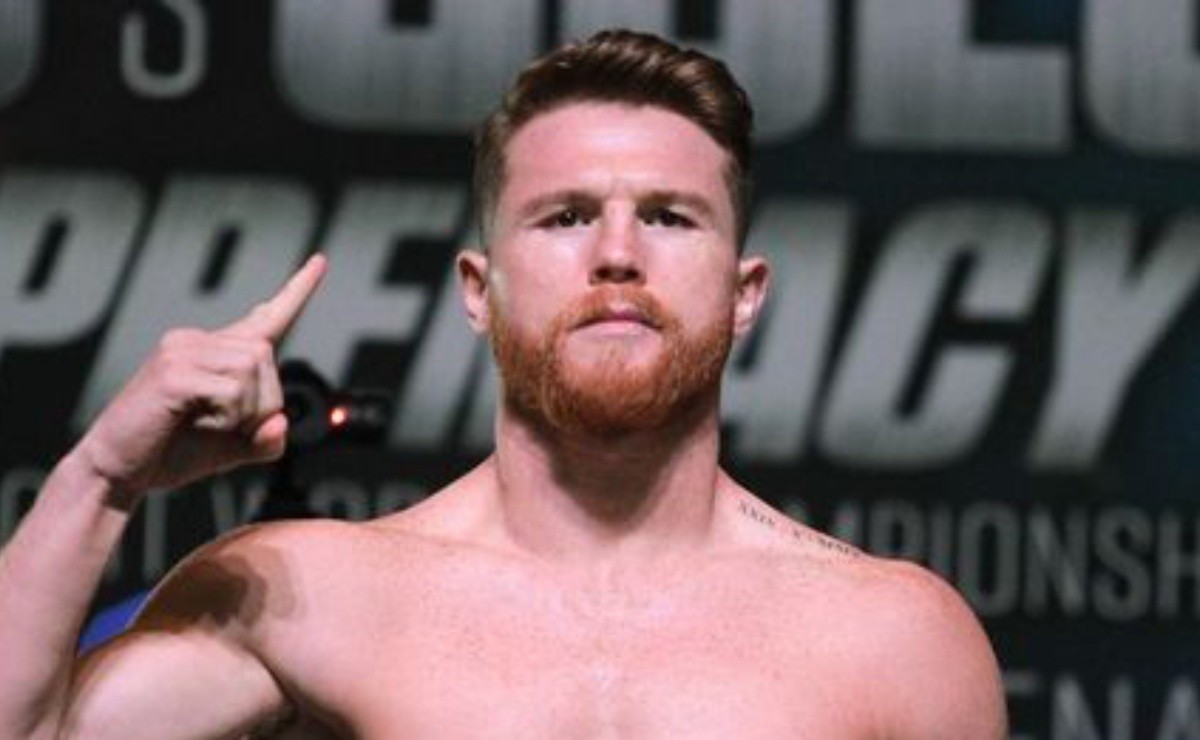 There is no doubt that the boxer Saúl "Canelo" Álvarez is delighted with his baby, since he did not miss the opportunity to show it and especially show it off on his social networks. With a tender photograph, El Canelo introduced Saúl Adiel on Instagram. Snapshot that earned the sighs of all his followers.

Everyone noticed the little boy’s resemblance to his famous father. It should be noted that this is the first time that El Canelo presents his son Saúl on social networks, which is why it has become one of the most commented photos of the athlete. In it, the little one, only 4 months old, appears, watching attentively at the camera, with huge and expressive eyes.

One of the details that all his followers loved was the gray cloth hat and the personalized look in the form of support for his father, which consisted of a jacket as well as pants with patches that had the boxer’s nickname and the word embroidered. "Mexico".

This image was accompanied by a message from the famous 28-year-old, apart from several emojis such as a baby face and a heart. Although El Canelo disabled the comments on such a special postcard, it gained more than 86,000 "likes" in a matter of seconds.

Saúl Adiel, is the fruit of the relationship between the Jalisco boxer and Neida Sepúlveda, who undoubtedly seized the hearts of his millions of followers with his tenderness and great resemblance to his father, who despite the fact that a few months ago there was only posted a photo of his little hand (when he was a newborn), he had never flaunted his baby’s face. However, now he did.

Also read:  The Emotional Message of Diego Schoening on the Death of His Father