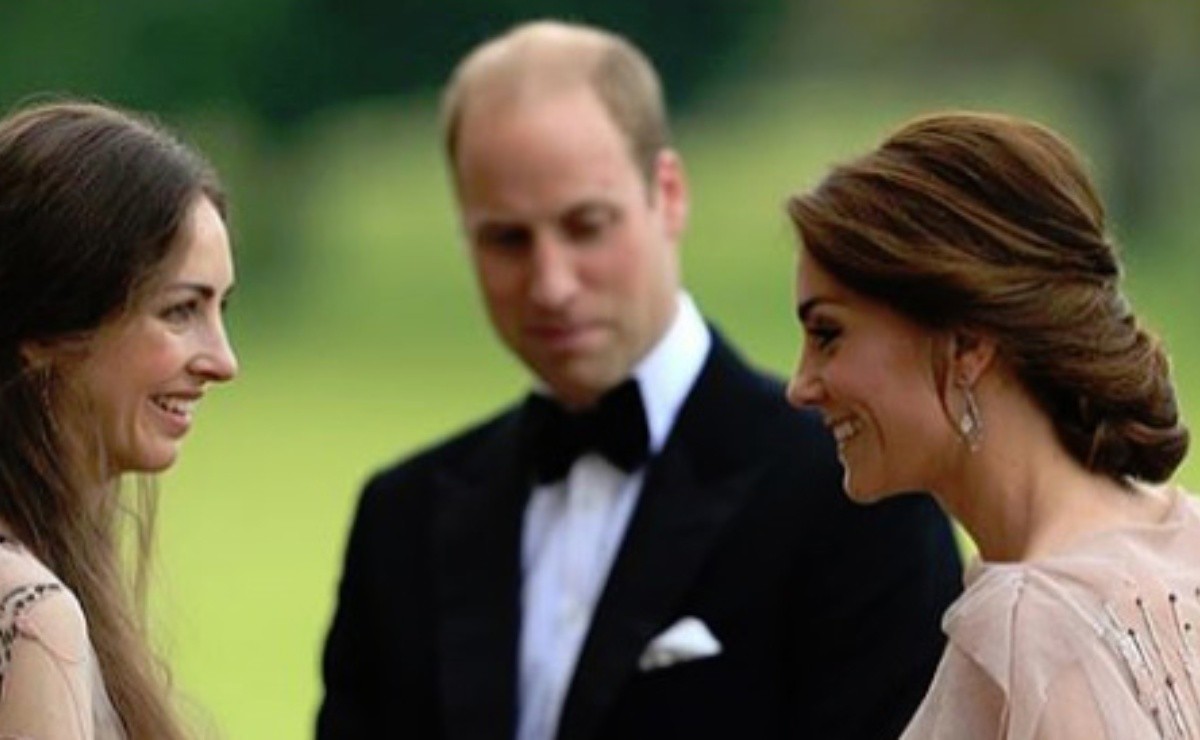 The beautiful and in love royal couple seems to be going through a bad time, since after the rumors of an alleged infidelity by Prince William to Kate, some photographs have just leaked that could confirm this version.

Several English media have claimed that Prince William may have been unfaithful to his wife with his best friend and neighbor Rose Hanbury, Marchioness of Cholmondeley. Now, some photographs are leaked about the alleged infidelity of Prince William to Kate Middleton.

It was said that the Duchess of Cambrigde had tried by all means to separate her husband from Rose, excluding her from her circles of friends. Because the relationship between the two was not well seen, much less approved by her. And although it was said that the feud was with Meghan Markle, the real reason for the estrangement of the Dukes of Cambrigde and Sussex had been the "slip" of Prince William.

It is important that you also know that they assure that Prince William was unfaithful to Kate Middleton.

Although at the moment they are only rumors and royal fans are waiting for everything to be clarified, in social networks several users have come to assure that Prince William dared to betray his wife.

Also read:  Signs Your Partner Is Cheating On You On Facebook

It all started when a Twitter user shared a photo where you can see a couple kissing. In reality the faces are not visible, however he assures that it is Prince William and Kate Middleton’s close friend.

So wise he went kissing other women when Kate was pregnant �������� he obviously can’t keep his community Willy in his pants ������������ pic.twitter.com/nmZQ0PpGbZ

Another detail that fueled this whole wave of rumors was that Kate asked that Rose Hanbury and her husband, the aristocrat David Rocksavage, also be excluded from all events with the royalty.

It is well known that Kate and Rose have had a terrible fall. They used to be close, but that’s no longer the case. William wants to be a peacemaker so that the two couples can remain friends with each other, since they live very close to each other and share many friends in common. But Kate has made it clear that she no longer wants to see them and wants William to phase them out despite their social status.

While it is true that for several months there was speculation about a rivalry between the Duchess of Cambridge and Meghan Markle, the conflict would rather be between Princes William and Harry.

Prince William is said to have told his younger brother about the affair and Harry told him bluntly ‘this is exactly what ruined our childhood’, referencing Prince Charles’s infidelity to his mother, Princess Diana.

Also read:  Fooling Around On WhatsApp Or Having Crush Is Infidelity, Study Says