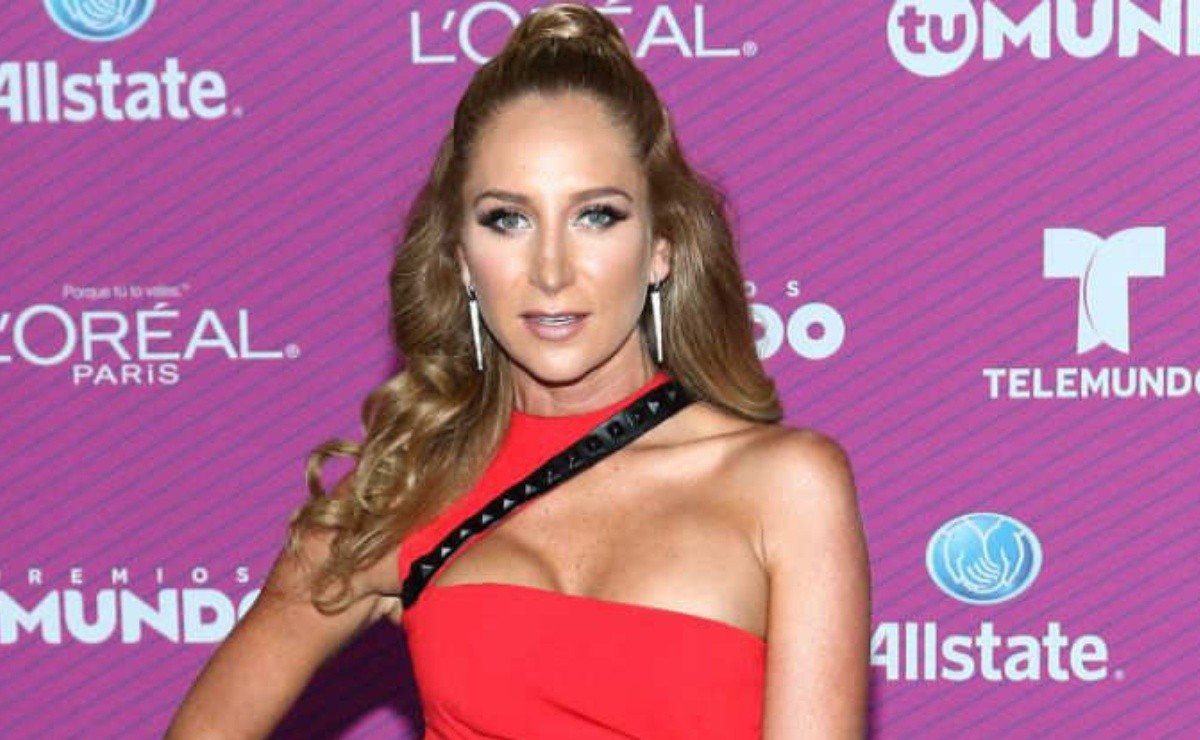 The year that ended was one of many emotions for many actors and changes on a personal level, Geraldine Bazán one of them, who before all the wave of rumors dared to break the silence and talk about her relationship with Santiago Ramundo.

After overcoming her break with Gabriel Soto and as she has always mentioned, the actress is focused on her two daughters: Elissa Marie and Alexa Miranda, however she has also mentioned that she is not closed to giving herself a chance in love, especially now who is quite close to her Argentine partner Santiago Ramundo, with whom she is believed to have an affair. Now Geraldine Bazán has broken the silence and talks about her relationship with the actor, too.

Although for now neither of the two have confirmed that they have an affair, Bazán has limited himself to answering all the questions related to the subject. It should be noted that the actress has always distinguished herself by being too reserved with her private life, but in an interview with Tv y Novelas, she assured that she feels full of peace and very enthusiastic about all the new projects that she is about to start.

The truth is, there is nothing to clarify, there is nothing dark. We are two adult people who are getting to know each other, sometimes it is thought that it is our duty to say everything we do in life, and then no …

In recent months, Geraldine Bazán’s sentimental situation has attracted the attention of all the media and she has been the target of attacks and criticism on many occasions, a situation that has given her much learning and lessons.

One of the things that I have learned is to try to have and live this for myself, keep personal things

Currently, the actress has confessed that she is sure of all the decisions she has made since the separation of her father from her daughters and also mentioned that she is open to all changes and has the strength to face her detractors, a situation that she has been able to float thanks to the advice of all the people who love her.

Fortunately, I have always received support in all aspects and decisions that I have made. I think that’s because for some reason I do things the way they should be. I have nothing to clarify or justify myself, because absolutely all the steps that I have taken in my life have been without hurting anyone else and at the time they should have been taken.

It should be noted that the actress has been seen on the beach with Santiago Ramundo and in some public events, however, according to what was said to TV and Novelas, at this moment she claims to feel fully and completely grateful, because over time she has been able to show herself as a woman full of strength.

There will always be haters who later you realize that they judge and criticize in fake profiles. I am very grateful for the love always from the fans to my career and personal life