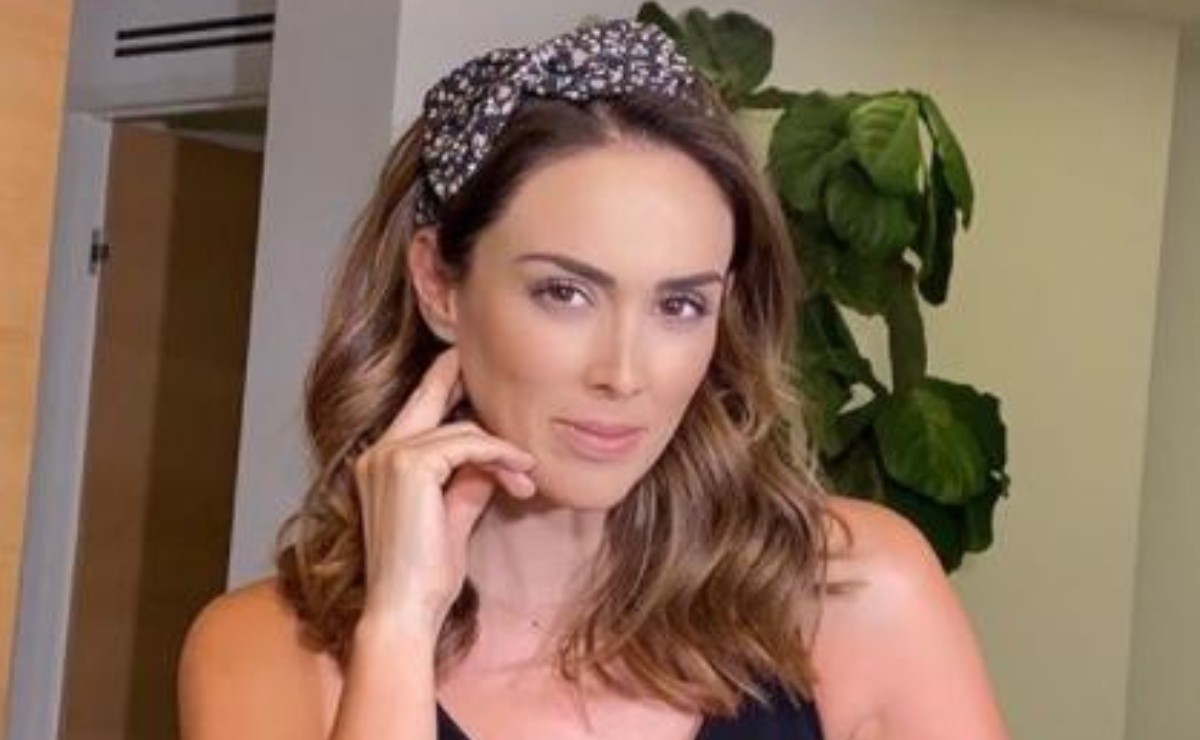 The host and former beauty queen introduced the new member of the family, a Labrador retriever whom Martin called Brownie, but Jacky tells her Wendy

Jacqueline Bracamontes ‘ family has distinguished itself by its passion for extreme adventures, since apart from practicing sports that are usually dangerous for little girls, they also have contact with dangerous animals, so they will have no problem with the new member of the family.

The clan of the beautiful driver is undoubtedly one of the most beautiful and largest in the middle of the show, but everything seems to indicate that it is not big enough for them, since someone else has been added. Jacky Bracamontes welcomes a new member of the family.

It was through their social networks where the former beauty queen and her husband Martín Fuentes introduced all their followers to the new "little sister" of their daughters, which makes them very happy, entertaining and above all happy.

Her name is "Brownie" and she is a beautiful and fluffy Labrador retriever who drives Jacky’s little daughters crazy, even the actress and her husband fell for the pranks and charms of the animal.

In one of his Instagram stories, Bracamontes shared a photo where Carito appears carrying his new playmate. He also uploaded a video where you can see the puppy playing with Emilia, the youngest of the family, who apparently does not understand Brownie’s way of playing.

This video accumulated more than 855 thousand likes, as well as many funny comments highlighting the benefits of having a pet. "Poor little girl is afraid", "poor her", "hahahaha Emi is so sweet! She doesn’t realize that Wendy wanted to play with her. I love her", were some of the messages that her followers did not hesitate to write to her.

As a mom, I would be Jacqueline Bracamontes, hahahahahaha

Without a doubt, the pet will change the lives of both the driver’s daughters and their parents, since Martín decided to give them Brownie, whom Jacky calls Wendy, not only for them to have fun, but also for them to learn to be responsible with a living being.