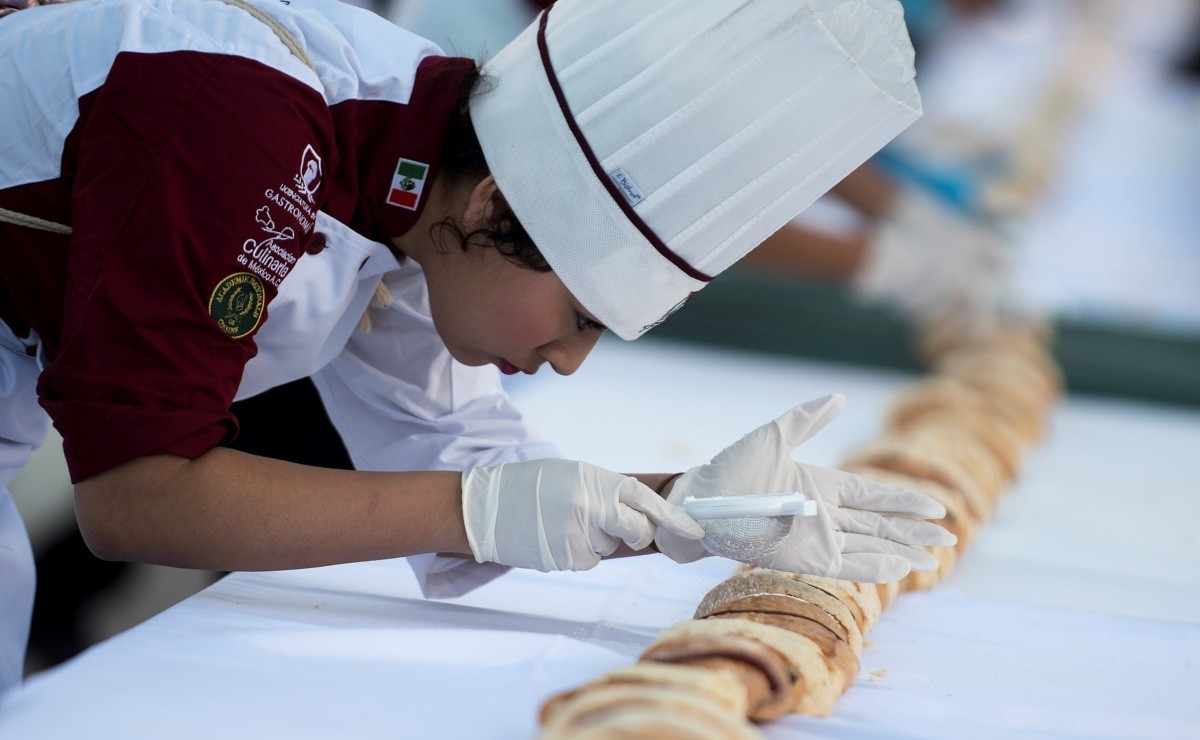 February 6 celebrate the arrival of the Magi, this bread is emblematic to commemorate this day with a hot chocolate

It was in Mexico where the Vizcaya University of the Americas achieved today in the Mexican municipality of Saltillo the Guinness record for the largest rosca de reyes in the world , 2,065.43 meters (more than 2 kilometers).

"It was a 2,065.43 meter thread that broke the past record in Switzerland of 973.24 meters in 2011," the official Guinness World Records adjudicator for Latin America, Carlos Tapia, told EFE.

According to Tapia, about 300 volunteers participated in the preparation of this typical sweet for the Three Kings Day , who worked from January 2 in days of up to 14 hours.

"They have set the bar very high, but I have no doubt that they are contacting us" in the coming years to break the record, he said.

In Saltillo, capital of the northern state of Coahuila, the university received the support of the municipality for the manufacture of this pastry.

Rolando Franco, director of Linking of the educational center on its Saltillo campus, told Efe that the thread is made up of traditional ingredients: flour, sugar, milk, eggs and fruit. The university has had a tradition, for about five years, of making huge kings’ threads, but this was a challenge due to its magnitude, he explained.

After days of preparation, this Sunday the Guinness record certification was achieved and thousands of diners soon devoured the rosca de reyes, which was about four inches wide.

"(The thread) was installed, placed and all citizens were invited to participate in the achievement and the delicacy. More than 3,000 people came," Franco celebrated.

Due to its length, up to 7,000 dolls representing the baby Jesus were hidden in the thread.

According to Mexican tradition, whoever gets this figure should invite tamales on February 2, on Candlemas Day.