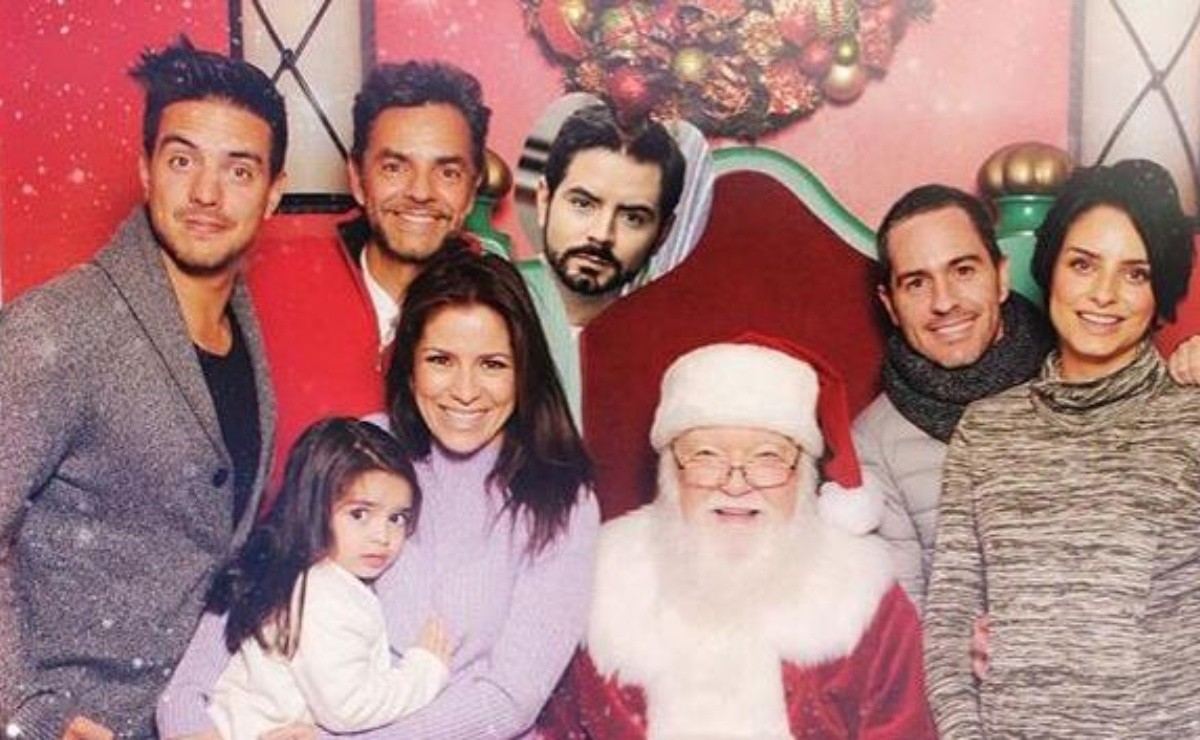 The couple clarifies the rumor about their separation which arose during this day, what will happen this month with the Derbez family?

This afternoon strong rumors began to emerge about the situation that the couple formed by Aislinn Derbez and Mauricio Ochmann would be going through, who through their stories on Instagram shared a series of videos where Aislinn was mainly seen packing suitcases indicating that she was leaving with everything and girl to which everyone stated if it would be a separation, a few minutes ago they confirmed that they do not separate but that if they are absent a month with the entire Derbez family

What is the reason for your absence for a month ? They stressed to all their followers that they were going to perform a live live which they had never done, there almost at the same time in their respective accounts, both Aislinn Derbez and Mauricio Ochmann mentioned that the great surprise they had for them would be manifested in a few moments but at through the account of Eugenio Derbez which generated even more mystery.

This means that the big surprise that Ochmann and Aislinn would give was in complicity with their father and apparently with their entire family.

Before this, the stories of the actors were immediately disseminated, pointing out that please do not separate and this couple is one of the most stable in the artistic environment and much loved together with their little daughter Kailani.

What are they going to say? pic.twitter.com/tL8vAmexMK

Also read:  These Were The Films That Succeeded At The Golden Globes

The strangest thing about this is that they were not the only ones who would give a news today, all the children of Eugenio Derbez as well as his wife Alessandra Rosaldo directed their followers to connect to Eugenio’s account, what happened ?

Both Vadhir Derbez and his brother José Eduardo gave some clues about what happened today, apparently they were heading to an airport. A door trip together ?

More than 37 thousand people connected at the same time to Eugenio Derbez’s account, the big surprise was to see the whole family together, they spoke for a few minutes but the news generated great empathy, they all go on vacation together for a month, the destination was chosen by Eugenio but it was not revealed.

Of course, so that this is something unique for a month they will leave their social networks, all this to dedicate quality time without distractions although at the end they were that maybe two or three times a week they would do it but then they would determine the days.

"We will all be included, we will be in an exotic place outside of Mexico and the United States. It is a trip that we want to do and it is going to be very crazy. I want you to know that I asked everyone a requirement and it is important that everyone knows it. The thing is to disconnect almost a month from social networks, "said Derbez

It will be that they will record or reality as a family, a documentary or what will be the reason for this trip apart from strengthening them as a family, which if it would be very interesting to see how it is that this family who are very dear ones and there will be laughter.

Also read:  The Love Story Of Aislinn Derbez And Mauricio Ochmann That Has Already Ended