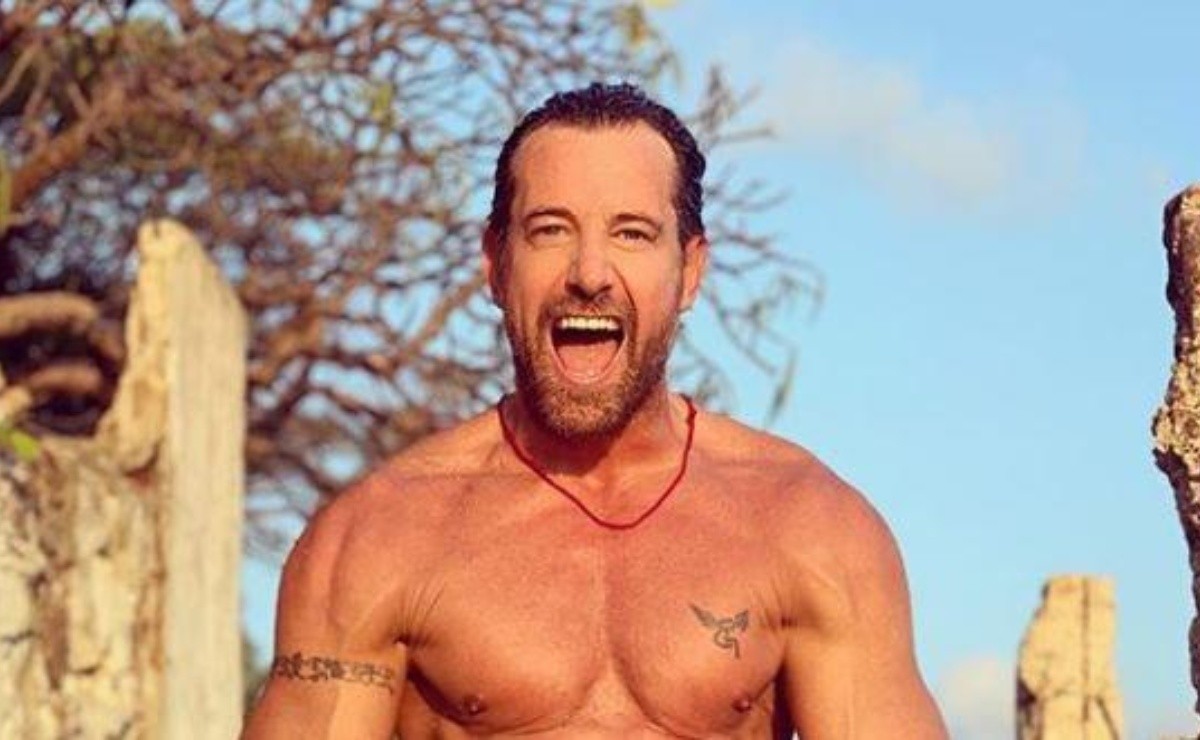 The couple of actors live a romance which began in the middle of the legal separation of the actor, today they show that love can do everything

The year 2018 was one of very important changes for the couple that made up the actors Gabriel Soto and Geraldine Bazán who, after more than 10 years of union, ended their marriage in which they shared the paternity of their daughters Elissa Marie and Alexa Miranda. Now Gabriel Soto maintains a dating relationship with Irina Baeva who share a great proof of love that will unite them forever, a tattoo .

And it is not the first time that Gabriel Soto gets a tattoo with a special woman , since he and Geraldine have the same tattoo and its meaning is very special, “It is a spiritual mantra Om Mani Padme Hum in Sanskrit. It has a very important meaning for me because in addition to being a mantra but the other way around, the ‘hum’ simulates an E for Elissa "the actress commented to the Univisión program El Gordo y la Flaca. Today Gabriel Soto and Irina Baeva are joined by a tattoo of love .

The relationship of this couple was not openly manifested until Soto was divorced although there was already a lot of rumor despite the fact that months ago he was already separated from Bazán but not by legal means.

The beginning of this new year began for Gabriel Soto and Irina Baeva showing that their love is more sincere than ever, in their social networks despite being very active both, neither of them had shown an image together, it was until this first of January who surprised their followers with an epic photo, at the same time they shared one taken by hand and with the same writing.

Much love to everyone in this 2019! they wrote

Baeva the next day showed an image in which she shows a tattoo with a special meaning on her back under the nape.

Also read:  Rihanna Sues Her Father For Taking Advantage Of Her Name

The couple was on the beaches of Acapulco, Mexico where they received 2019 under the sun and sea. In Gabriel Soto’s account with a tender and loving photo where he is seen from behind while Irina takes him by the hand. you can see the same tattoo that she has on his back but a little bigger.

In the same way she took a similar photo, taken by the hand of her boyfriend, we know that a tattoo as a whole is a promise of love and a symbol that as such will remain forever and only couples who profess love do.

We see in this show of love that both Genardine and Irina are very important women in the life of Gabriel Soto, this last 26-year-old model and actress has stolen his heart and is his great support after the breakdown of his marriage, for his Geraldine has apparently released a leading man and everything seems to indicate that it would be the Argentine actor Santiago Ramundo but it has not yet been fully confirmed.