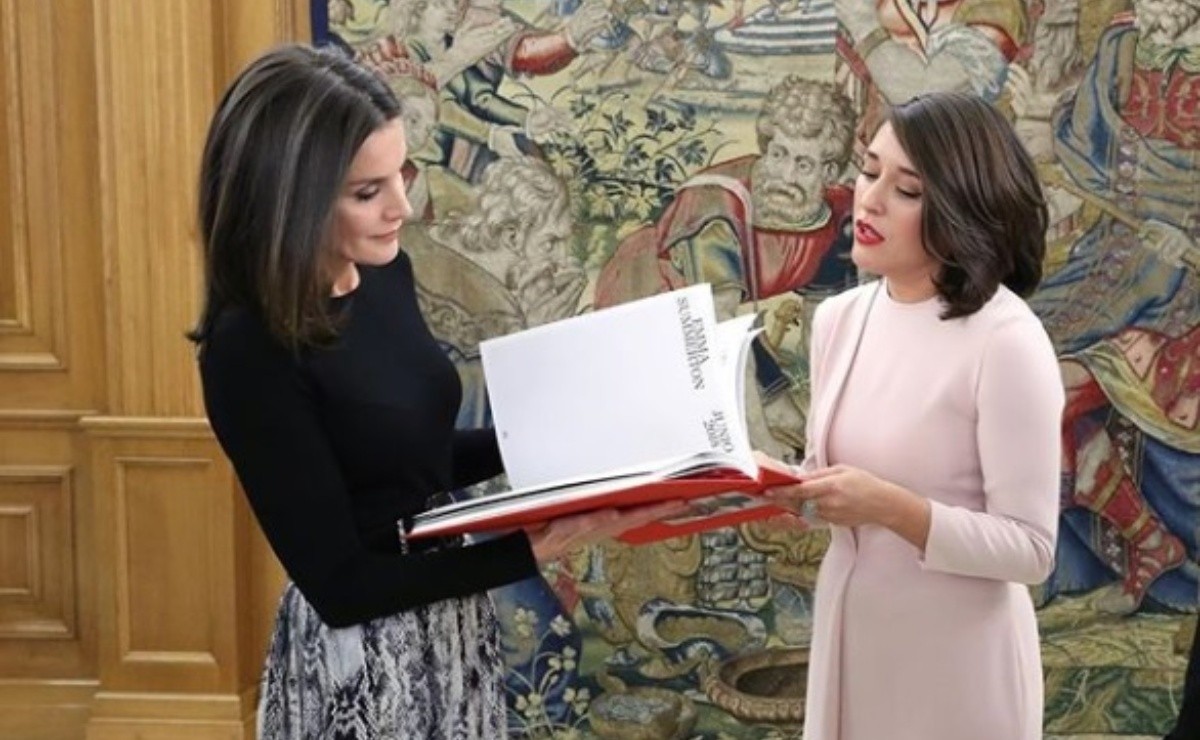 Queen Letizia today held a meeting at the Palacio de la Zarzuela with a delegation from Vogue magazine on the occasion of the 30th anniversary of the publication of its first issue in Spain.

The president of the Condé Nast group, Javier Pascual del Olmo, and the director of Vogue , Eugenia de la Torriente, led the representation, which Mrs. Letizia received in the Audience Hall.

The Vogue Spain team has given the queen the first copy of the limited edition book with the best images generated during the anniversary celebration, which took place last year, the magazine reported in a statement.

Her Majesty Queen Letizia received today in audience a representation of the Vogue Spain team on the occasion of the magazine’s 30th anniversary. During the reception he was presented with the first copy of the book that includes the most important milestones of # Vogue30. All the information of the meeting, in the link of our bio. © House of HM the King

They have also explained the various editorial and cultural activities developed in recent months.

Since its launch in April 1988 in Spain, Vogue, which belongs to the Condé Nast group, has published 370 issues and is currently the third digital edition of the most widely read magazine in the world, behind China and the United States.

Pascual del Olmo and De la Torriente have transmitted to the queen "the fruitful commitment to Spanish society" that has always marked the line of action of the publication, with "a special interest in the role of women" and their promotion in the world of fashion, politics, culture or business, adds the note.

The seven directors who have had the publication of trends in these 30 years have been women.

The delegation has also highlighted the vocation of being "a fundamental agent for the international promotion of the Spanish fashion industry" and of "a healthy image and culture".