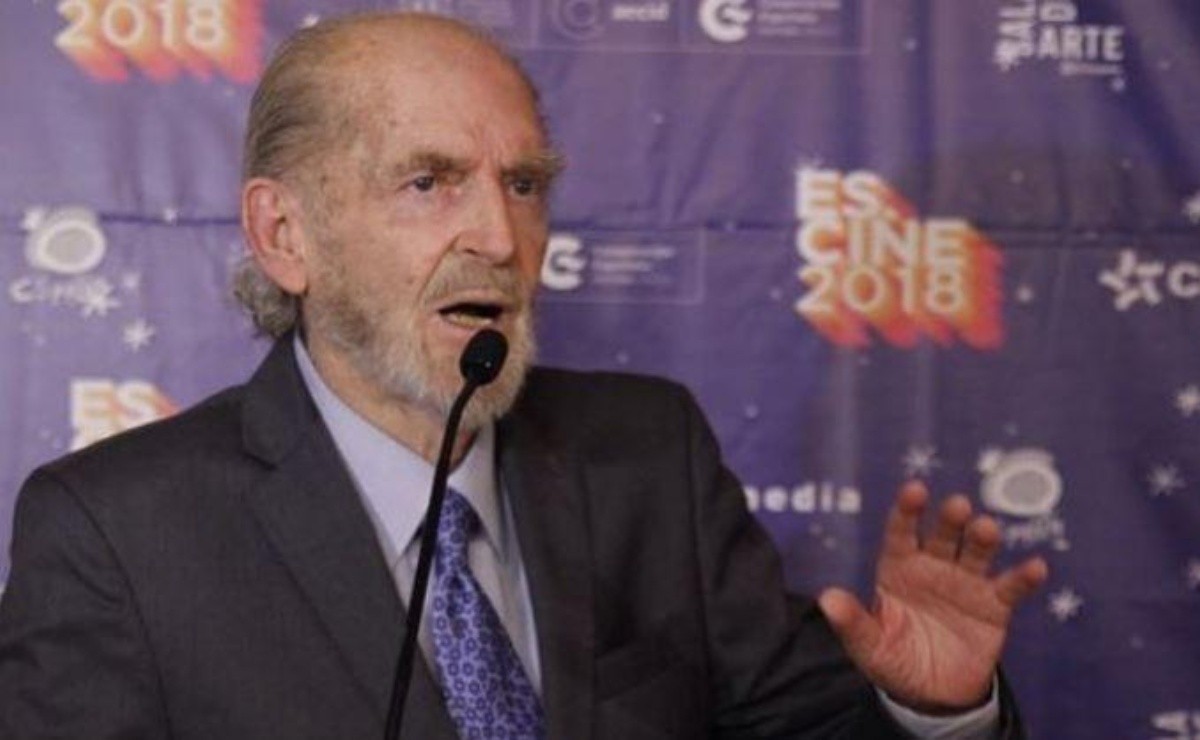 This great actor passed away this afternoon at the age of 79, leaving his wife, the actress Martha Mariana Castro, and five sad children

Today, January 11, the afternoon surprised many by announcing the death of the great actor Fernando Luján . The artistic field has expressed its regret by sending sincere condolences to his family and especially to his youngest son and his wife Martha Mariana who was with him until the end as he was these years together.

This couple shows that there is no age for love. The actor after the new year was that he got sick and had to be intervened quickly.

Luján was of Colombian origin and recently resided in Puerto Escondido, Oaxaca, a place in Mexico being precisely at home where he lost his life, as announced by the television program Ventaneando.

It was the same wife of the acts Martha Mariana who, after an interview for the same medium, gave details of what happened in the new year when her husband had to undergo open heart surgery and spoke of her condition, which was of care being this a high-risk intervention.

"At the end of the New Year’s celebration, at 3:30 in the morning Fer was short of breath, we went to a hospital here in Puerto Escondido, and well, he had an exacerbation of COPD"

Don Fernando Luján died! I did not even know that he was married to Martha Mariana Castro, the one who made his lover in Mirada de Mujer … RIP pic.twitter.com/veZNxl4TeB

We know that when you smoke regularly it is likely that the body will demand it years later and this is what Martha speaks about, who says that something like this happened to Luján.

"And to serve as a moral, the ‘smoker’ always charges us the bill … He had a very, very strong crisis and could not breathe …" said his statement to Ventaneando,

Many celebrities have captured what this news has represented for them and have shown the mark that this actor leaves on television and film, he had his last appearance in the film "Man overboard" directed by the Mexican Eugenio Derbéz , in addition to appearing in the mini series "Ingobernable" with actress Kate del Castillo.

Fernando Luján died at the age of 79 at his home in Puerto Escondido. He worked with personalities such as Pedro Infante to Salma Hayek. Memorable titles in theater, TV and cinema. The Colonel has no one to write to him, Five days without Nora, Black Wind, etc. DEP pic.twitter.com/13GGKZ85lQ

I will always remember Fernando Luján as one of the very few actors who could handle all genres, a true first actor (not like those who add that "nickname" as a consolation prize) and a great conversationalist.
Rest in peace ����

Companions, we inform you of the sensitive death of our C. Fernando Ciangherotti Díaz "Fernando Luján", Honorary Partner, with credential 4472, who passed away today. RIP pic.twitter.com/NHSifEoXhl

Actor # FernandoLuján dies at the age of 79, we send a hug to his family and friends. RIP pic.twitter.com/8gICeMElYI

So far his wife has not given statements, it is not known for sure what happened, waiting for his relatives to approach him to give him the last goodbye and above all a great applause that is what the actor feeds on and without a doubt this was in a big way I managed to make more than 100 films, 40 plays and 30 soap operas, among other things.