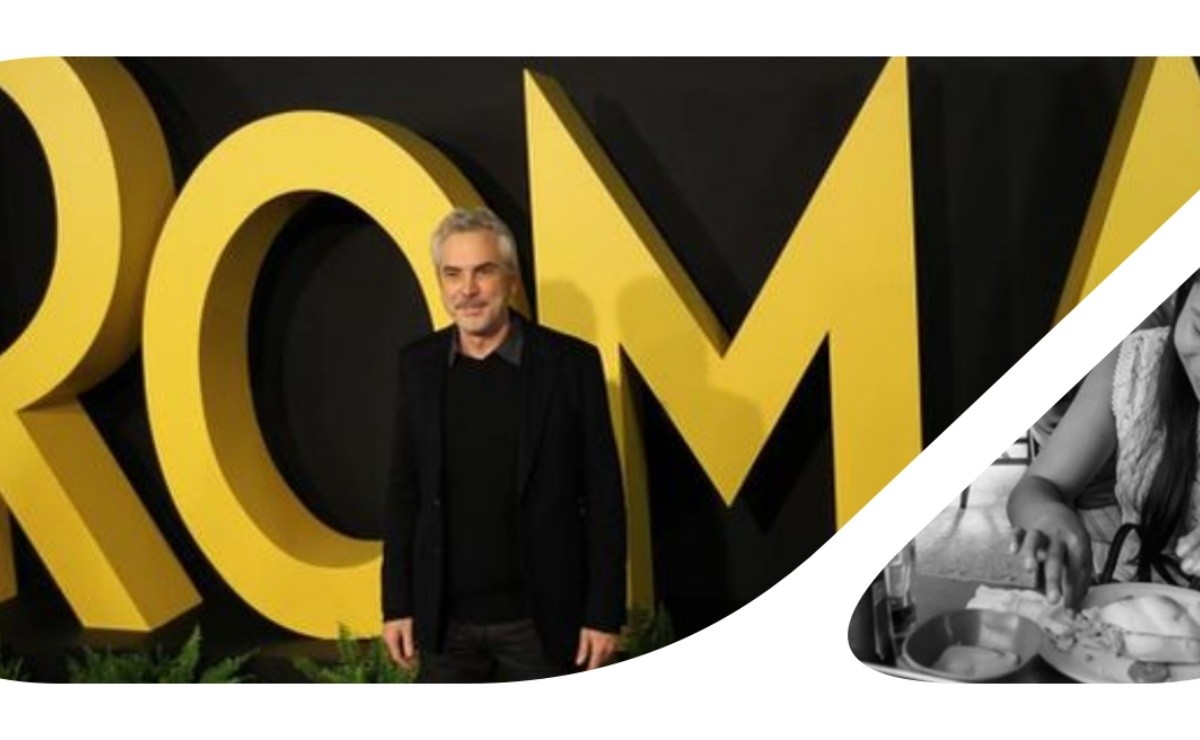 The childhood memories of Alfonso Cuarón, in "Roma", have conquered the world of cinema this year and it is the great favorite to win the Goya for best Ibero-American film, although it has three major titles as competitors, "La noche de 12 años "," The dogs "and" The angel ".

In black and white, shot in Spanish and Mixtec and with naturalness as the flag, the simplicity of "Roma" is not at all and the work behind the project has been "titanic", as Eugenio Caballero has pointed out to Efe, Oscar nominee for the production design of the film with Bárbara Enríquez.

Using as a basis the memories of his childhood that Cuarón told his team during lengthy conversations, sets were built, smells were analyzed, colors were discussed and even the smallest detail was taken care of in a film that has also been a technical challenge.

Because it is shot in 65 millimeters – as opposed to the standard 35 mm format -, in 4K – the highest quality digital image available – and with Dolby Atmos sound – which has 64 independent channels.

And an acting challenge, because most of the interpreters were first-timers, with almost the sole exception of Marina de Tavira, who plays the director’s mother.

De Tavira is nominated for an Oscar for best supporting actress and Yalitza Aparicio, a teacher from Oaxaca for best leading actress, two of the ten nominations for a film that has swept since its first screening at the Venice Film Festival, where she won the Golden Lion.

Since then his career has been tremendous. It won two Golden Globes – for best direction and best foreign film – and has been awarded by multiple critics’ associations around the world, not forgetting that it is nominated for seven BAFTAs in British cinema and a Goya.

It would be very strange if the Goya is not taken and if it does, it would be the third for Mexico, which despite having 17 nominations has only achieved it for "What matters is living" (1987) and "El callejón de los milagros" (1995) .

And he would win it against three tall rivals.

Because the quality of this year’s four finalists for the Goya in the Ibero-American section is beyond doubt.

They spent twelve years in prison for their membership of the National Liberation Movement-Tupamaros, an opponent of the Uruguayan military dictatorship (1973-1985), a story that was reflected in the "Memories of the dungeon", by Rosencoff and Huidobro, in which Álvaro Brechner (Montevideo, 1976) has been based for the film.

A harsh film about which, some time later, José Mujica would become president of Uruguay, and which is a sample of "the human capacity to cope with extreme situations," as Brechner told Efe.

Another hard story is that of "The dogs" and also with a real basis. The Chilean Marcela Said tells how Mariana (Antonia Zegers), a woman from the Chilean upper class, meets Juan (Alfredo Castro), a former military man investigated for human rights abuses during the Augusto Pinochet regime and who is now her riding teacher.

Also read:  Andrea Legarreta Defeats The Coronavirus And Lives To Tell It

A film about the wounds not yet closed in Chile by the dictatorship of Augusto Pinochet and that brings "a very particular, feminine and oblique look" to the issues of his country, in the words of Zegers.

"We are not surrounded by heroes, we are all contradictory beings, with courage and fear at the same time," explained the actress about a film that won the Horizontes Latinos award at the San Sebastian Festival in 2017.

And the fourth nominated title is again a true story, that of the serial killer Carlos Robledo, known as "the angel of death", who shocked Argentina in the 1970s by committing 11 homicides and 17 robberies, among other crimes. , for which he was sentenced to life imprisonment at 20 years of age.

Luis Ortega makes a brilliant portrait of Robledo (played by Lorenzo Ferro) and of the Argentine society of the time in a fresh film that shows some tremendous facts with an astonishing naturalness.