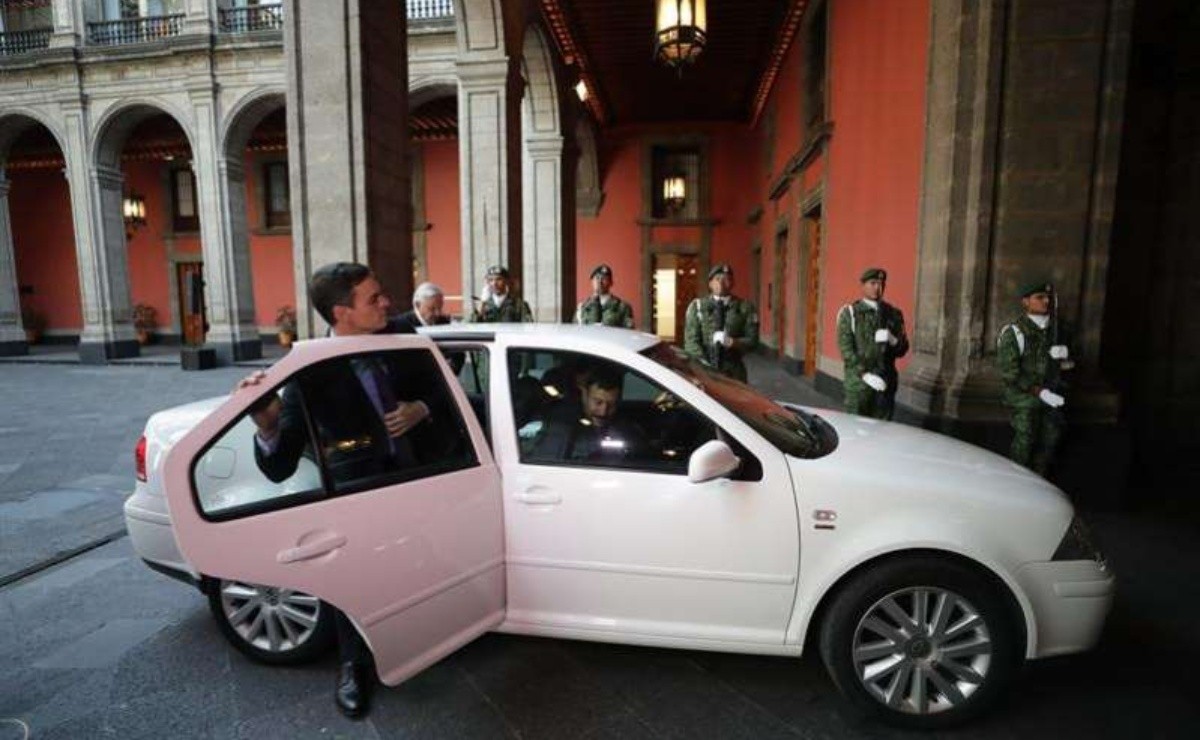 During his visit to Mexico, the Spanish president, Pedro Sánchez gave López Obrador the birth certificate of his grandfather born in Cantabria in 1893

A trip in a white Jetta and the birth certificate of the Spanish grandfather of Mexican President Andrés Manuel López Obrador today marked the first day of the official visit to Mexico by the President of the Spanish government, Pedro Sánchez.

Gifts and courtesies are common on presidential visits, this time the friendly details that emerged between López Obrador and Sánchez went beyond formalities and broke the strict presidential security regulations.

The good harmony that emerged between the two marked from the first moment Sánchez’s visit, the first official visit to Mexico by a president since López Obrador took office on December 1, 2018.

As soon as they finished a joint press conference, in which they privileged their relationship over differences on the issue of Venezuela, both leaders headed towards one of the doors of the National Palace.

There, López Obrador invited Sánchez to climb into the back of his White Jetta that he usually uses and to the surprise of many they got lost in the car traffic of the Central Plaza in Mexico City.

With no more vigilance than the two people who accompany him in the car, López Obrador and Sánchez finished the walk through the streets of the capital at the headquarters of the Colegio de San Ildefonso, where a meal was offered for the visit.

The presidents’ journey went practically unnoticed by the inhabitants of Mexico City, who in the 60 days of López Obrador’s presidency have become accustomed to seeing him pass with minimal custody.

Also read:  The Romantic Love Story Of Miley Cyrus And Her Husband Liam

The ride in the Jetta Blanco, the president of the Spanish government has rewarded with a gift to the Mexican president of the birth certificate of his grandfather, born in Cantabria in 1893.

During the meal, Sánchez took the floor to point out that as is the tradition of their governments when they receive a presidential visit or travel to other nations, some gifts are usually given and also to highlight the ties between the two nations.

Sánchez has given López Obrador the birth certificate of his grandfather José Obrador, who was born in 1863 in the community of Ampuero, in the Cantabria region.

"In my case, the will and what I wanted to express to you with the gift I have given you, by giving you the birth certificate of your grandfather, in 1893, in a small town in Cantabria, is to vindicate the ties, the roots, that at the end you have the Mexican and Spanish people. "

The grandfather of the Mexican president left his town at the age of 14 to arrive first in Cuba, from where he arrived in Mexico with his older brothers around 1917.

Tomorrow, Thursday, Pedro Sánchez will meet with Mexican and Spanish businessmen to highlight the importance of investments in Mexico, a country that attracts all types of companies due to business opportunities.