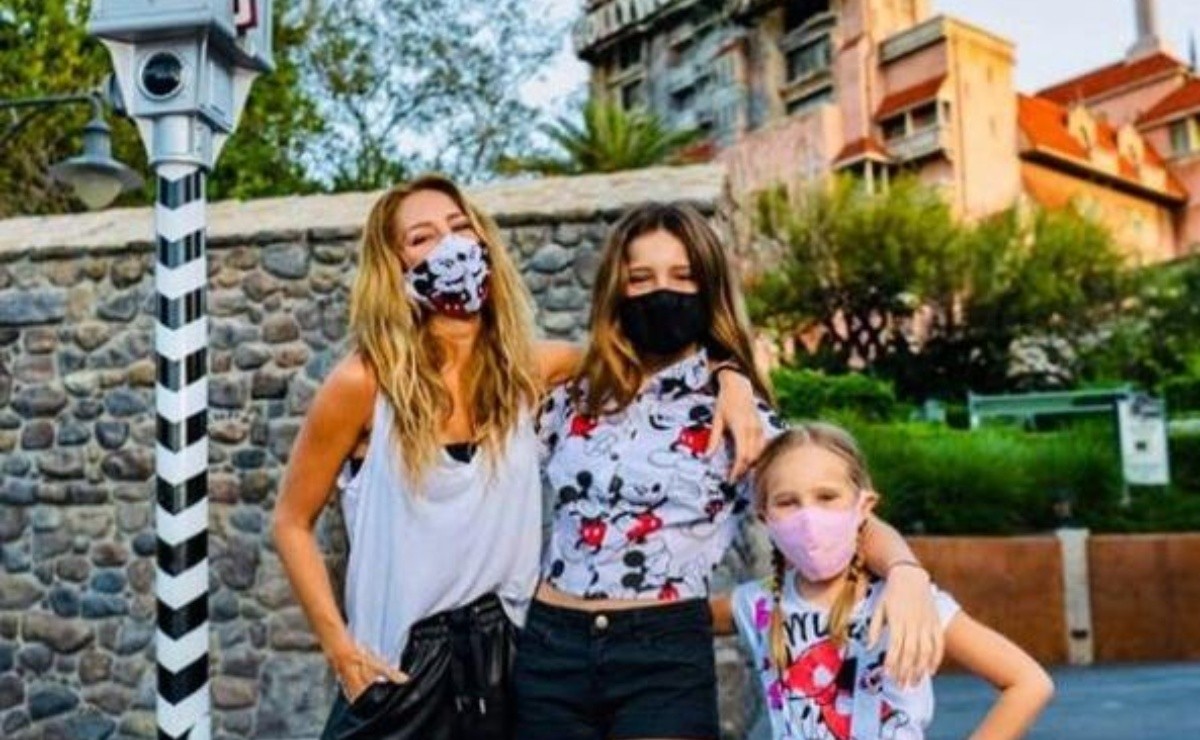 While Gabriel Soto lives his intense romance with Irina Baeva and performs at Red Carpet, Geraldine Bazán enjoys the growth of her daughters to the fullest.

Since their divorce on bad terms, both decided to rebuild their lives, the actor lives his intense romance and the actress is still single, but enjoying great company, Geraldine Bazán by the hand of her daughters and Gabriel Soto shows off Irina Baeva in important awards.

Each one is happy in their own way, Geraldine Bazán, holding the hand of her daughters, shows a big smile and Gabriel Soto shows off Irina Baeva, the woman of his life and with whom he has spent unforgettable moments, since the return of the Russian from New York they do not separate.

The three continue to be remembered within that love triangle, so their followers are very attentive to the steps that each one takes, so their activities this weekend did not go unnoticed, where they were all very happy.

You can see: The black dress that overshadowed Irina Baeva at Premios TVyNovelas 2020.

Geraldine Bazán continues to work on some photo shoots in the city of Miami, Florida, but she has taken her daughters Elissa Marie and Alexa Miranda with them, who have fun with her accompanying her famous mother.

But not everything has been work, because the Mexican actress has taken time to go with her daughters to Disney’s Hollywood Studios in Bay Lake. Florida, for that he put his creativity to work and the three of them went with their Halloween costume, they could not miss this celebration.

Geraldine Bazán disguised as a catrina, like her youngest daughter, while Elissa disguised herself as a pumpkin, the three of them with their faces painted with designs according to the Halloween celebration, the "musketeers" had the most fun.

While Geraldine Bazán does not miss a detail of the growth of her two daughters and had fun at Disney, Gabriel Soto along with Irina Baeva, caused a tremendous mess at the Mexico City Airport to host the 2020 TVyNovelas awards.

The couple was as part of the conduction at the TVyNovelas Awards, from their time on the Red Carpet, they wasted love, they interviewed them and said they felt wonderful, they are very much in love and that they demonstrated with affection throughout the gala.

In addition, Gabriel Soto was nominated in the Best Actor category for his participation in the telenovela Soltero Con Hijas, so Irina Baeva showed her support at all times, letting it be known that she had even put candles for her boyfriend to win.

I have a favorite in the category of best actor, look at him here, he has to win in best actor, so I do have my favorite. I already put my monkeys, my candle, all my lucky charms, our dressing room is number 13, a lucky number, so he has to win

Although Irina Baeva’s predictions failed, since the award for Best Actor was won by José Ron with Ringo, but without a doubt, it was a pleasure for the loving couple to be at this important event where they recognize the acting work.

Also read:  Natalia Téllez Responds To Who Mocks Her Freckles And Inspires