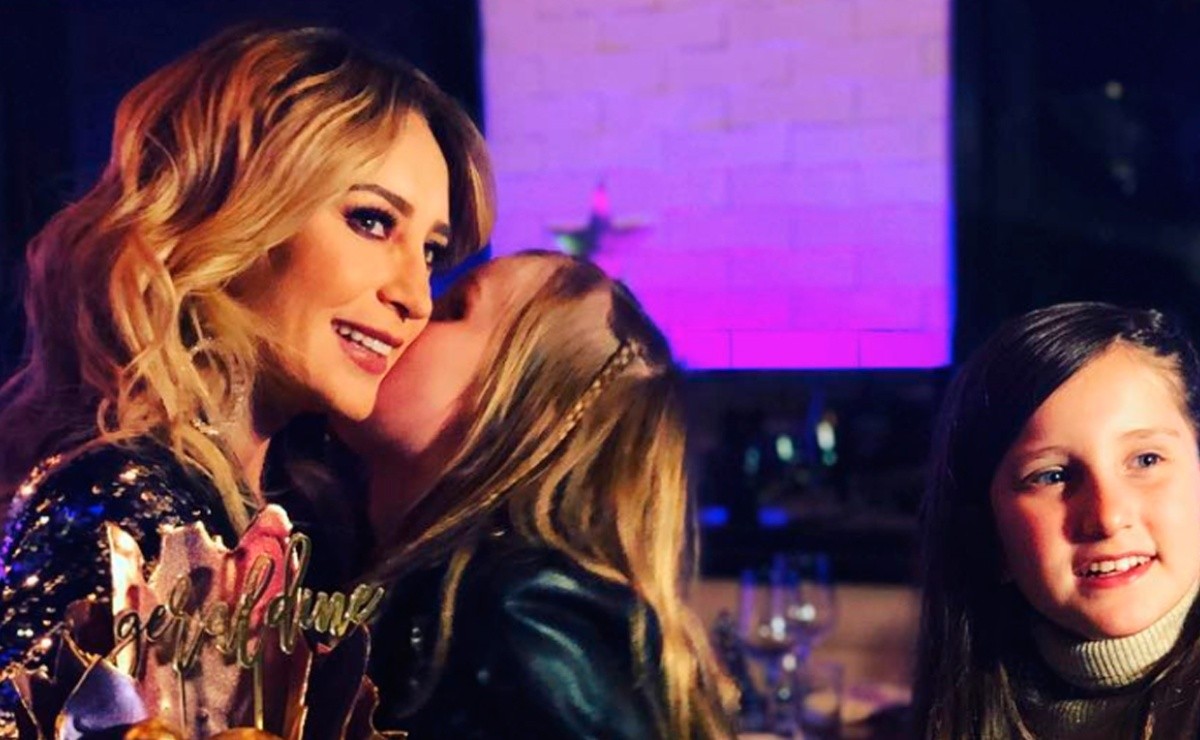 The separation of Geraldine Bazán and Gabriel Soto gave a lot to talk about in 2018 and the actor was related to the Russian actress and model, Irina Baeva while Soto was married, but this was always denied, now Geraldine Bazán looks very sexy and He celebrated his birthday with his daughters and Santiago Ramundo could not miss "her new boyfriend" as they say.

Although Gabriel Soto denied it shortly after signing the divorce, they were seen walking hand in hand together and now they publicly show off their love.

But it was not only Gabriel Soto’s life that took a great turn as Geraldine Bazán continued her career and was an inspiration for many women who have gone through a divorce.

Bazan did not stop showing her fragile side to her followers and affirmed that the support of her daughters, her work, family and friends was what helped her to move forward.

Geraldine Bazán is now related to the actor, Santiago Ramundo but has publicly denied having a relationship. During the celebration of his 36th birthday, Santiago Ramundo was seen sitting next to the birthday girl and although they deny it, it seems that everything is going very well between the two.

"A new year of life with this in mind …" We are formed by our thoughts; we become what we think. "When the mind is pure, joy follows like a shadow that never leaves" Buddha Pure love, that in mind".

During the # 10yearschallenge challenge Geraldine Bazán recalled a beautiful moment "About to become a mother for the first time and from there the best 10 years of my life and counting … Today, I am better than ever".

Geraldine made it clear that she is clear that Irina will have to live with her daughters just as when she has a partner.

"Something very important to us are our daughters, we have always said it, at some point your partner will live with the girls the same when I have him."

To close with this topic, which as mentioned is none of her concern, Geraldine knows that her public life will always be exposed, just like her daughters Elissa and Alexa.

Also read:  7 Ways To Regain Self Love After Divorce

The surprise for Geraldine Bazán on her birthday

"They are not given more information than is needed, they are loved, sheltered and protected"

Taking advantage of the fact that the actress was participative and willing to talk about this issue to which she had been fleeing, she was asked if after her ex rebuilds her life, will she be ready for love?

"I don’t have a boyfriend, I’m not going to go out with anyone until I’m divorced and not just because of me, but out of respect for my daughters."