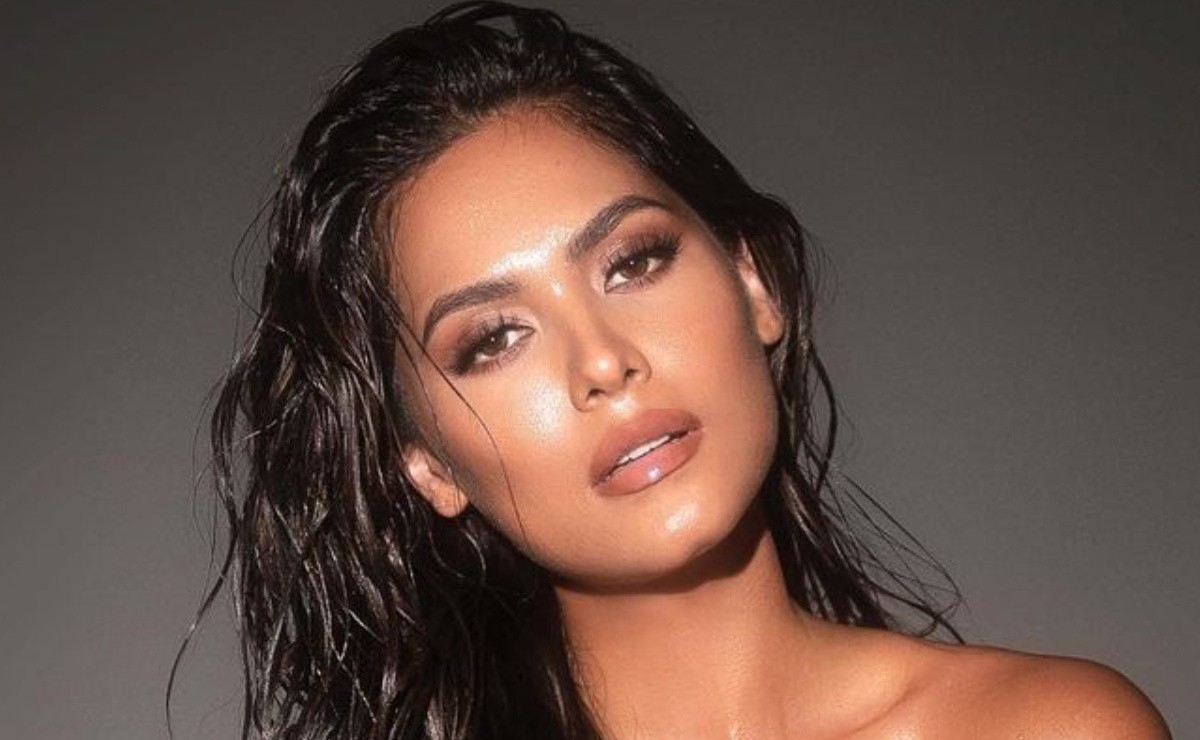 For the Tu Música Urbano awards, Andrea Meza garnered all eyes on the red carpet with a tremendous military green dress and a handsome boyfriend

Like the beauty queen that she is, Andrea Meza arrived on the red carpet of the Premios Tu Música Urbano, hand in hand with her boyfriend Ryan Antonio, a couple that undoubtedly drew everyone’s attention and the Telemundo host shone as only she knows how to do it.

Contrary to many women who preferred the long dress for this award, Andrea Meza shows off her statuesque 1.80 in height with a little military green dress with black dots and gauze gloves in the same pattern that not only made her look taller, but also It gave a sensual touch to her look.

With this outfit, Andrea Meza not only falls in love with her boyfriend Ryan Antonio , but also with the fans who did not hesitate to leave comments of affection and admiration on her Instagram social network where she shared the first photo of herself, modeling the mini dress and after the hands of his beloved.

“For a reason you are ‘La Máxima’ the eternal queen”, “All beautiful Andy, always impacting”, were some comments that her followers wrote to her; They also told her that together with her boyfriend they are a beautiful couple, but above all it shows that the former Miss Universe is more in love than ever.

At 27 years old, the reign of Andrea Meza is not over, it is just beginning because in each of the posts she leaves on her social networks, she is an empress of beauty , very much at the level of the other two Mexican women who have won the Miss Universe crown: Lupita Jones and Ximena Navarrete.

Recently, the three queens met for a photo session with red dresses, let us remember that coincidentally, the three won Miss Universe with outfits in this tone, for which Andrea Meza is already considered good luck in the contest. highlights that beauty that fell in love with everyone.

They also met at Mexicana Universal, to choose the next competitor in the international contest where the chosen one was Irma Miranda , a 24-year-old woman, originally from Cajeme, Sonora, who has a degree in Business Administration, and also has experience as a driver.