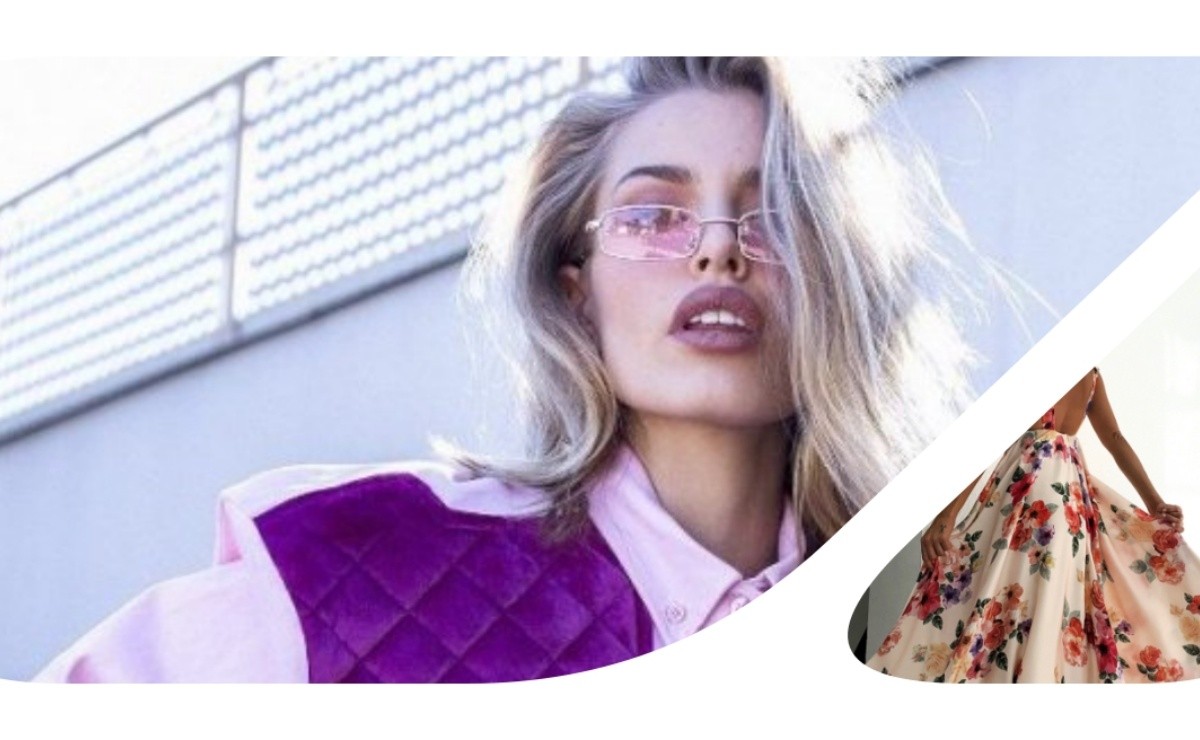 Everything indicates that they will dominate Spanish fashion in the coming years, but not only as "influencers", but also as designers.

That the "influencers" are living their golden age is clear, but the fact that this world is being exploited so much has resulted in many of them having chosen to take another step in their careers by creating their own online stores.

What is called to be the profession of the 21st century has many aspects, but the most prominent is that the "influencers" are beginning to be entrepreneurs of their own lives, since they themselves end up being brands in themselves.

The “influencer” Paula Ordovás , designer and founder of the firm My Peep Toes Shop, tells in an interview with EFE Estilo that one of the reasons why she decided to create the brand was because “all the clothes she showed on social networks were sold and it was even exhausting ”. In addition, the fact "of being so ‘petite’ made fashion firms make tailored dresses and ‘looks’", something that was very well received by their followers.

The Madrilenian, who has more than 400 thousand followers on her Instagram profile, assures that, "if she had not had a family of followers in this social network", the success she achieved with her signature "would not have been possible", although , ensures that "previous work for 9 years also helps."

"I believe that the fundamental pillars to achieve success in social networks are to differentiate, be constant and give the world quality content," explains the designer.

And the fact is that the “influencer” universe is going through a stage of over-exploitation where differentiation is a key factor, however, as explained by the Madrilenian, “the people who have been part of this community in its beginnings, when the“ blog ”was the only existing platform,“ we have paved the way for many who came later, creating this profession ourselves ”.

“Today, brands allocate a percentage of their annual budget to digital, before this was unthinkable. So everything has its good side and its bad side ”.

My Peep Toes Shop not only has a clothing section, but decoration, gastro and stationery also have a place in this brand, although it is not enough for the "influencer", since its objective is "to expand the decoration section with designs own, in addition to having capsule collections created with designers and brands ”whom the young woman admires.

From "influencers" to businesswomen

Alexandra Pereira , better known as Lovely Pepa, was one of the first “influencers” who created a clothing firm, which she called the LovelyPepa Collection, since her love for fashion goes beyond a “blog”. Dresses, skirts, jeans and blouses are some of the firm’s star garments. The parts are made in Turkey and the prices, compared to other firms, are higher.

The Spanish “influencer” with the most followers on Instagram, Dulceida, created Dulceida Shop two years ago, a firm that was born from the markets that the “blogger” set up with her closest circle of friends to sell clothes she no longer wore.

A project that grew so fast that it led to Dulce Weekend, a fashion and music festival in which a multitude of brands approach Dulceida’s fans and that already has the designs of Aida Domenech herself.

Rocío Osorno has been immersed in the world of fashion since she was sixteen, when she began to design her own models for herself. At the age of 26, she created a firm to which she put her name, where designs based on versatility with a feminine touch and guest suits are the basis of her philosophy. The exclusivity of each design is a factor that makes the piece unique.

Also read:  Why is it so difficult to lower your belly

Paula Gonu, the second most followed Spanish “influencer” on Instagram, whose popularity came from her YouTube channel, where she has more than 750,000 subscribers, has also taken advantage of her popularity and has launched her own online store.

Paulagonushop is the portal where the young woman sells personalized t-shirts, sweatshirts and caps, urban and casual style, her star garment being the shirt with the slogan "Beautiful Person", the identifying phrase of the "influencer".

One of the first Spanish "it girls" to enter the business world is Inés Arroyo , who two years ago founded Laagam, the clothing firm that focuses on stores that work without "stock" and that is a hybrid between the physical premises and the digital one.

In addition to having a wide variety of garments, designed to create both office and street “looks”, the firm defends the motto “buy better, wear more”, since Laagam tries to teach its clients a responsible way of doing business. .

Jessica Goicoechea also wanted to try her luck as a designer and two years ago the Catalan created her clothing brand, Gio Clothing, "a project aimed at feminine, sexy and daring women who feel good about themselves," explains the "influencer" through a release.

Tipi Tent is the "startup" created three years ago by four partners, including the "influencer", María Pombo, who took advantage of the pull of this on Instagram to gain more visibility. They currently have a physical office in Madrid, where they have a large part of the clothes they design on display.

Luna Beach is the signature bikini designed by Nina Urgell. Born three years ago, the brand is made up of women’s swimwear inspired by nature and continuous international adventures. "For beach lovers, and fashionistas, who want to express their freedom, style and confidence for the beaches around the world", thus express, through a statement, the philosophy of the company.

They have made their love of fashion a lucrative profession, have millions of followers and are a source of inspiration to all of them. What better time to launch into the business world than today?