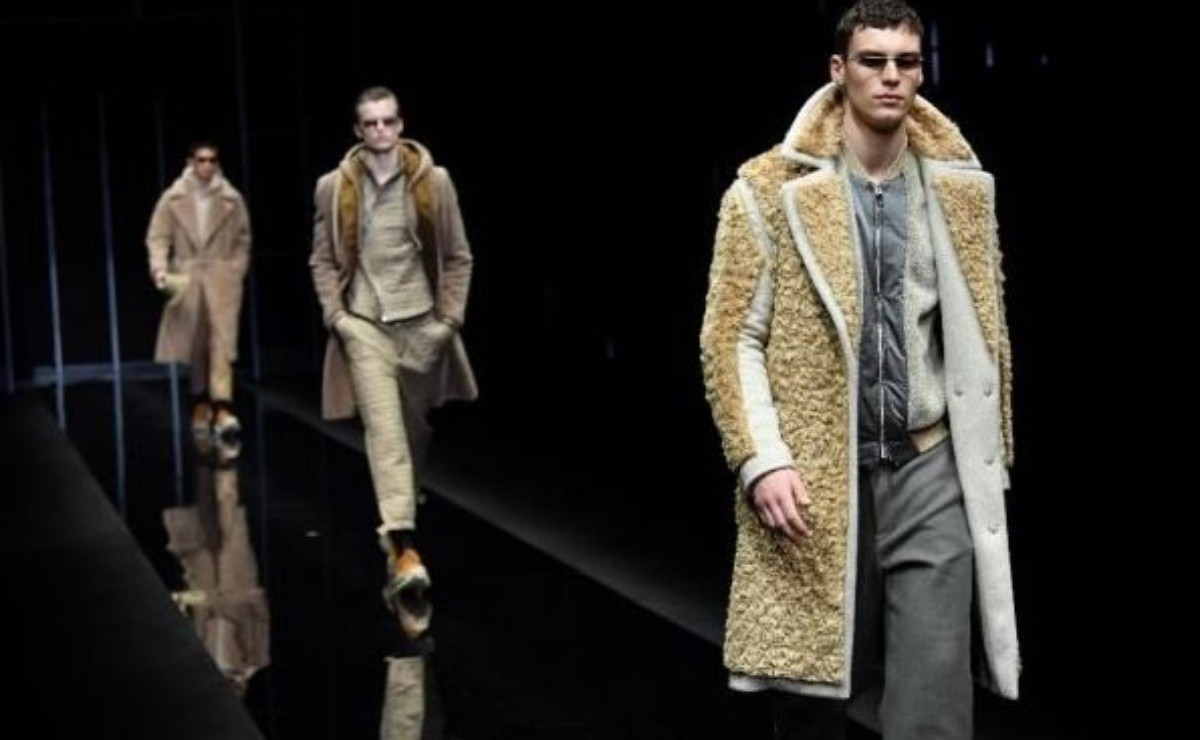 Armani has presented in Milan the men’s collection for the Emporio winter , the brand’s young line, with which it is committed to fur and is inspired by wild nature and animals.

Giorgio Armani’s idea combines classic elements, such as suits and ties, with more daring ones, such as huge and long fur coats, snake-print trousers or voluminous boots that simulate the legs of any large mammal.

Basic colors such as black, which dominated at the start of the parade , matching the stage, white, gray or brown were the protagonists of the Italian firm’s proposal.

Armani devised a collection inspired by wild nature, which on the catwalk took the form of skins and designs that simulate the appearance of the wildest animals.

Among them, jackets and pants with snake print, zebra sweaters and long hair coats, also used in boots, vests, backpacks and fanny packs.

One of the bets of this collection is precisely the accessories for men, especially bags and fanny packs, also set in the animal world, with which the brand wants to play, and can also consider them as backpacks.

The Fendi firm also unveiled its new collection on the last day of Milan Fashion Week, this time dedicated to men and which started last Friday.

The brand’s creative director, Silvia Vernturni Fendi, collaborated this time with designer Karl Lagerfeld, whose footprint was even noticeable on the show stage, inspired by his famous library.

With a predominance of brown, the new collection maintains the tonal appearance that characterizes the firm and elegant styles such as trench coats, but also with a commitment to abstract and geometric prints.