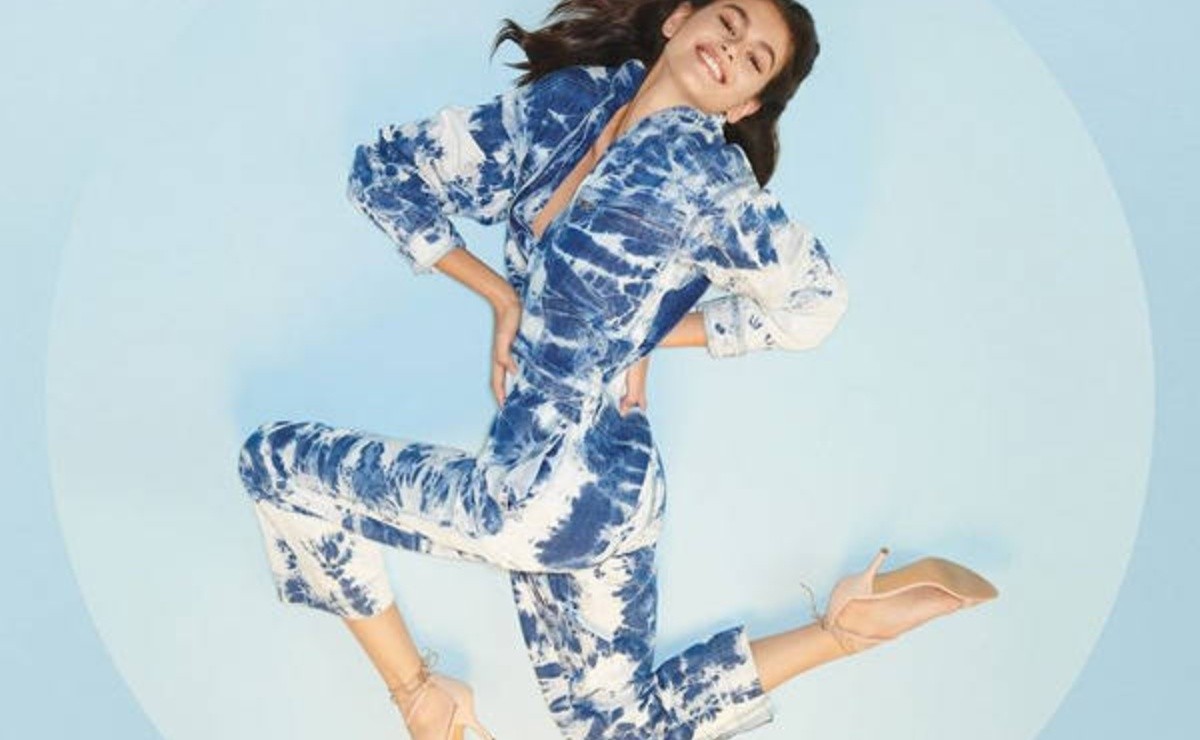 Season after season, denim is unbeatable, broadening its scope and offering bold versions with great personality like the new washed effect.

With great power of seduction, this practical and resistant fabric, this season is reinvented thanks to the washed effect, a trend that is rescued from the eighties and that helps to give way to garments of the past, an option to recycle garments and provide a granite to take care of the planet

How many denim garments , popularly known as jeans , do you have in your closet? Choose one or two of the ones that you don’t use and with great caution you can apply bleach until you achieve the desired washed effect in the image and likeness of the proposals by Stella McCartney, a designer with a great sustainable conscience.

This fabric has influenced society since it developed in Nimes, France.

Later, in the mid-nineteenth century, a Bavarian merchant, Levi Strauss, settled in San Francisco to sell tents to miners, but the concern was another: the resistance of the pants to the roughness of work and the weight of the nuggets of gold that they kept in their pockets and that they constantly broke.

It was then that he devised a pair of waterproof, cold and stone resistant pants for gold prospectors. With the help of tailor Jacob Davis, Strauss reinforced the pants made from brown denim with copper rivets.

This is how cowboys as we know them were born. "A model that evolved, and that farmers and cowboys included in their work uniform," reminds Efe Reportajes, stylist Pepa Fernández.

The indigo blue color appeared when the Genoese dyed the cloth. In 1934, Mr. Strauss went one step further and launched the first model designed exclusively for women working in agriculture.

The denim fabric also changed the social "dresscode". And it is that, you can attend an event with denim garments combined with other more sophisticated and elegant.

Denim also settled in the Far East and became the uniform of cowboys, sheriffs and outlaws, "tough garments for tough guys," adds the stylist, for those who do not overlook the importance of this fabric in Hollywood when stars like Marlon Brando, James Deam or Marilyn Monroe included it in their dressing room.

However, its irruption in fashion and Hollywood glamor came in the 50s, thanks to stars like Elvis Presley, Marlon Brando or Marilyn Monroe who began to popularize this garment. They became clothing icons.

The cowboy becomes a symbol of the young counterculture. It was the uniform of rebellion and freedom, of social protest. In the 70s, denim reached its maximum expression with the bell-shaped pattern, it became the favorite garment of Mick Jagger, Bob Marley, Debbie Harry, John Lenon or Steve McQueen.

"This fabric is obsessive, it hooks", says Pepa Fernández, who assures that this season the "total denim look reigns supreme, but with worn finishes", a style that requires garments that feel good.

Most people find it difficult to find jeans that fit well, a garment that is worn almost daily and that is comfortable.

The denim fabric also changed the social "dresscode". And it is that, you can attend an event with denim garments combined with other more sophisticated and elegant.

Modern, sexy, free. Denim has the ability to adapt to all trends and each season it becomes the fetish garment.

Pants, jackets or shirts are made with this universal fabric that never goes out of style, it is always reinvented, this time worn finishes, the washed effect with nods to the eighties and the punk aesthetic prevail.

Chanel, one of the pioneers in introducing denim into its prét-â-porter collection at the hands of Karl Lagerfeld, also surrenders to the versatility of this fabric and proposes dropped-waisted trousers for the summer.

Gucci, Saint Laurent, Dior, Balenciaga and Chloé are some of the firms that use denim to show off pieces with a washed effect such as pants and shirt sets, flared skirt or Saharan-style jacket.

Dolce & Gabbana offers many denim garments, including over-the-knee pirate pants adorned with bows, beads and crystal pieces, a garment that is combined with a military-cut jacket, proof that the cowboy came to break the dress code .

Retro airwashed cuts and fabrics are the common denominator. The vintage “boyfriend” model, the straight cut and the button closure walk alongside other more fitted models and shorts.

The high waist takes center stage in straight cut pants. The jackets are presented in pale washed blue or deep purple and the shirts are printed and embroidered.

There is no definite way to wear denim. The Bershka firm offers infinite possibilities to combine it as you want.

Also read:  6 Basic Tips Every Girl Would Like You To Take Care More Of

Washed garments and wider models are the most desired. Jumpsuits and dungarees are at the forefront as fashion garments for this new season along with the jackets that are returning in various versions, even declined in a comfortable “oversize” down.

Denim is the democratic material par excellence, and everyone has agreed for almost a century. Under the leadership of firms such as Off-White, Y / Project or Vetements, a new unisex and avant-garde fashion is also embodied.

The Lefties firm proposes classic and timeless garments, such as jackets or super narrow jeans, which are still essential in any wardrobe.

Jeans and shirts, for them and dresses, miniskirts, button-down pinafore and overalls for them.

All these garments are presented in a wide range of denim tones that are mixed with the basic color palette of light blue, deep blue and indigo, highlighting within the collection the irruption of other tones such as black or beige.

In addition, the New Denim block introduces combinations made with corduroy in ocher and burgundy tones, one of the trends for next season. The star pieces of the new Lefties denim collection remain without a doubt the jackets, shirts, dungarees and pants.
Denim never dies, long live denim, which has great power of appeal.