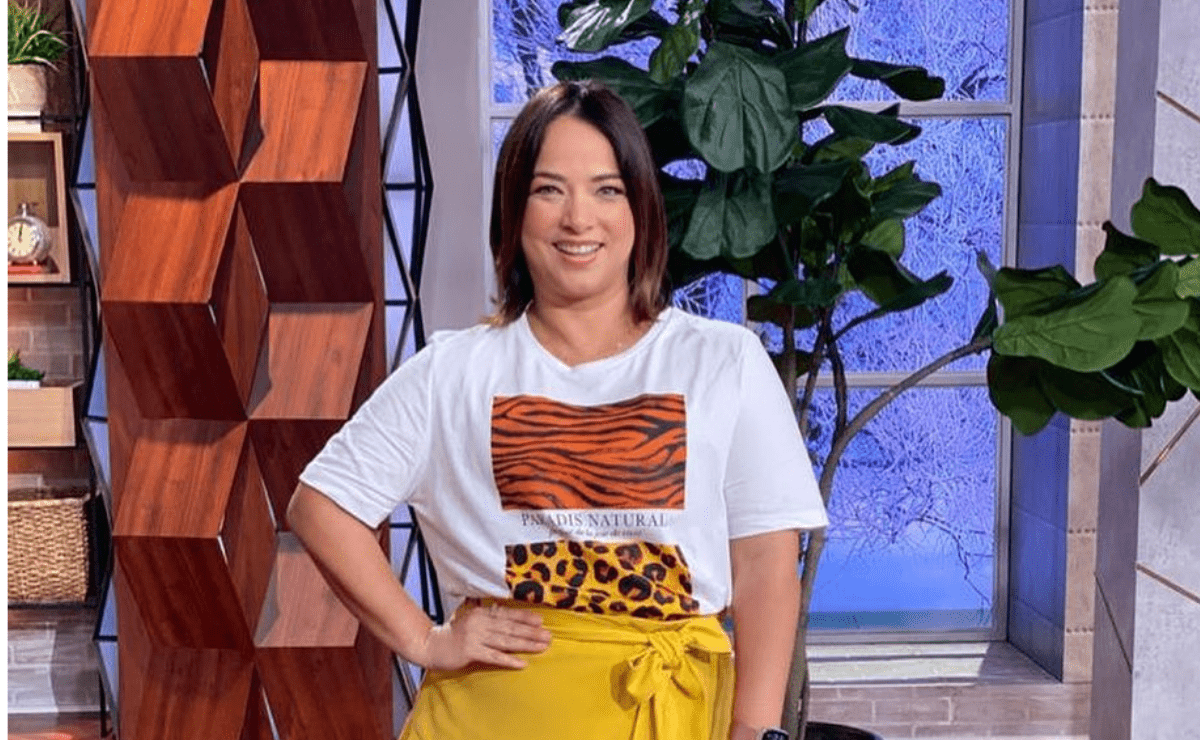 When you feel good on the inside, it is reflected on the outside, Adamari López is becoming more and more beautiful and highlighted her figure even more by wearing a tight and wrinkled blue dress

The 49-year-old Puerto Rican actress and presenter Adamari Lopez goes through one of her best moments, although she is beautiful, it was through her tight blue dress with flowers that we could see how her figure stood out.

For years she has struggled a bit with the issue of being overweight, but thanks to her disposition she became a lover of exercise as well as good nutrition and her new figure stands out in fitted clothing as it shows.

She has been the host of the Un Nuevo Día program on Telemundo for several years, where we have been able to witness the path that Adamari has traveled, who is very loved in the midst, being an excellent wife and mother.

Undoubtedly the color chosen in this dress suits her very well with her skin tone, it is royal blue with a dark flower print with purple details, despite being long sleeves, it handles an ideal length to give formality.

Although it has a very good figure, the way in which this dress is made makes it tighter since it handles a wrinkled effect that is when the fabric is pleated but in a more informal way in this case of the middle part of the dress, front and back.

The chic touch to the look was given with the tone of the shoes, highlighting the color that gives light to the purple dress and of course the makeup was simple since it only takes a smile to fall in love and stand out.

This type of style of dresses is very functional for those women who want to cover a little the "chubby ones" that can make them uncomfortable since it gives an optical illusion between the print and the crease of being everything in its place, you will feel very comfortable.

She, along with her husband, the Spanish dancer Tony Costa and her daughter Alaïa, were part of the cover of a magazine where they appeared very handsome proving to be a happy family, the couple has been together for 10 years and they go for more despite everything for what have passed through.