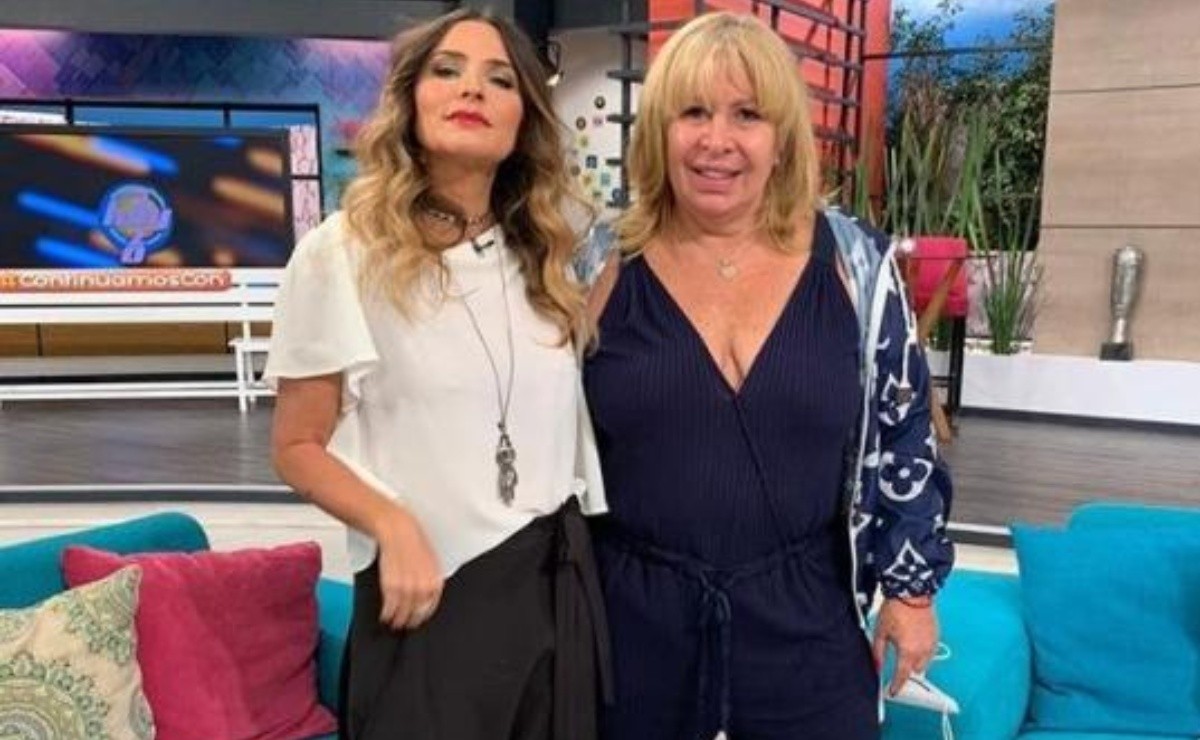 Undoubtedly a great loss and a huge void that the great producer Magda Rodriguez leaves us, the entertainment world is in mourning but you will live forever in our hearts

The entertainment world is dressed in mourning, this time for the death of the producer of the program "Hoy", Magda Rodríguez Doria, who died at dawn this Sunday at 57 years of age, information that was released through from the twitter of televisa shows.

According to what was reported by her partner and friend of several years Gustavo Adolfo Infante through a video on YouTube, Magda died of hypovolemic shock and bleeding from the digestive tract due to a gastric ulcer, this according to the report of the paramedics who attended the department where the victim lived located in Eje 10 Sur, Progreso Tizapán neighborhood, in the Alvaro Obregón mayor’s office.

It is false that the producer has lost her life due to COVID19 or has suffered a heart attack. It was while she was sleeping that this terrible situation happened, it was until the next morning when the domestic worker arrived at her apartment who noticed the situation when she found her bleeding in her bed.

It may interest you: They reveal details about the death of Magda Rodríguez

Immediately notifies Andrea Rodríguez who is Magda’s sister and associate producer and whom she considered her right arm, later they notified her daughter Andrea Escalona who arrived around 11 in the morning at the deceased’s home.

Nothing like that @ tino.parchis and @cepillintv sing you the mañanitas! ��

Also read:  Erika Zaba From Ov7 Will Be A Mom, Expecting Her First Baby

Immediately the property was guarded by police from the San Ángel sector to facilitate the arrival of the personnel of the Attorney General’s Office (FGJ). In the official Instagram account, her only daughter Andrea Escalona dedicated an emotional message to her mother accompanied by a photograph:

I don’t know how I’m going to live without you! You were ! Are ! You will be the best of my life

For his part, Juan Osorio in an interview for EL UNIVERSAL regretted the fact that he had not been able to personally express his gratitude and admiration to Magda regarding her excellent work.

I had to say to Magda ‘what a chingona you are working as a producer, friend’. The meeting is so daily and you greet each other and everything but you do not appreciate that she is a chingona, you do not tell her, I do not know what happens to us that sometimes we limit ourselves to being a little more reserved about it but it is so cool that you recognize the job.

I am left with that bad taste that I know it, I admit it worse I never told him, Osorio lamented.

In the same way, the businessman and executive of TV Azteca, Alberto Ciurana, who also worked with Magda Rodríguez, deeply regretted the death and sent condolences to the family.

It was just last October 22 when Magda was celebrating her 57th birthday with her colleagues from the “HOY” program, Galilea Montijo, Raúl Araiza, Andrea Legarreta, among others.

Regarding what will happen with the TODAY program, the presenter Gustavo Adolfo announced that this Sunday they had a meeting with the production to determine who will be in place of Magda, the possible candidates are Reinaldo López or Nino Canún.

Magda was one of the most successful and passionate producers in her career, she had the opportunity to work for TV Azteca and Televisa in charge of several programs such as: “Hoy” “Guerreros” “Enamorándonos” among others.

Reactions on social networks continue to increase as time goes by, and celebrities do not miss the opportunity to dedicate the most beautiful words to her since Magda Rodríguez will remain forever in the heart of the entire entertainment world.