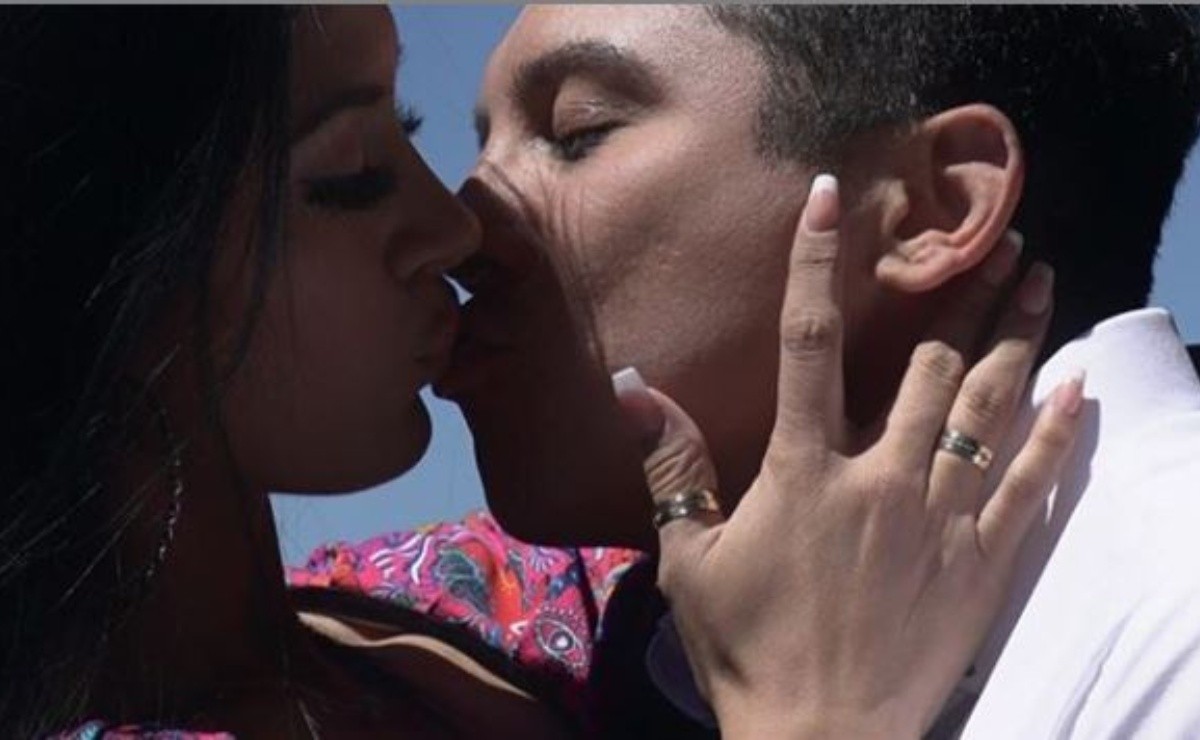 Edwin Luna, vocalist and leader of the Trakalosa de Monterrey tries to be at all times with the family he has formed with his wife, Kimberly Flores and now he boasts a spanking on his instagram stories.

Kimberly Flores said that Edwin Luna used to spank him every time he got a chance and after receiving Edwin Luna’s hand on his butt, she replied: "You’ll see, all the time" while the singer laughed at what he had done .

Edwin Luna also boasted the moments he spends with his daughter Gianna Luna Flores and Kimberly Flores’ son Damian . Before this video, some followers of the singer reacted badly and claimed: "He should be cuddling his real son, not stepson," wrote one of his followers.

Some definitely defended Damian, the son of Kimberly Flores who was criticized for playing with his mother’s husband and whom he has shown on many occasions as her son. Damian also calls Edwin Luna Dad.

"How stupid are those who found that Damien disliked him because he was enjoying what would correspond to Edwin’s true son, but what fault is the poor boy? He is an innocent child, who only enjoys his childhood, without knowing the adult problems, be a little more respectful and do not be so incoherent, live and let live that each one of us takes its toll on everything we do ".

Also read:  Basic Tips To Safely Raise An Only Child

Undoubtedly the words of this follower are very right, Damian is totally unaware of the problems that Edwin Luna had with the mother of his son Alexandez, whom he has not seen for years, according to statements by Edwin Luna to avoid problems with Erika Monclova .
Remember that if you are not proud of the person you are, neither will he be of you. You must be the only woman who loves and loves him and that will make him always miss you.

You can read: Edwin Luna and the women with whom he has had children

When Edwin Luna separated from his wife, he began a relationship with Yuli, with whom he had his daughter, Yulied Luna, his ex-wife never forgave him for having another daughter just months after they separated, according to Edwin Luna.

Erika, Edwin Luna’s ex, flatly denied having forbidden her to see the child, she assures that she keeps him alone and when the child asks about his father, she shows him photos of Edwin Luna and tells him that he is working.