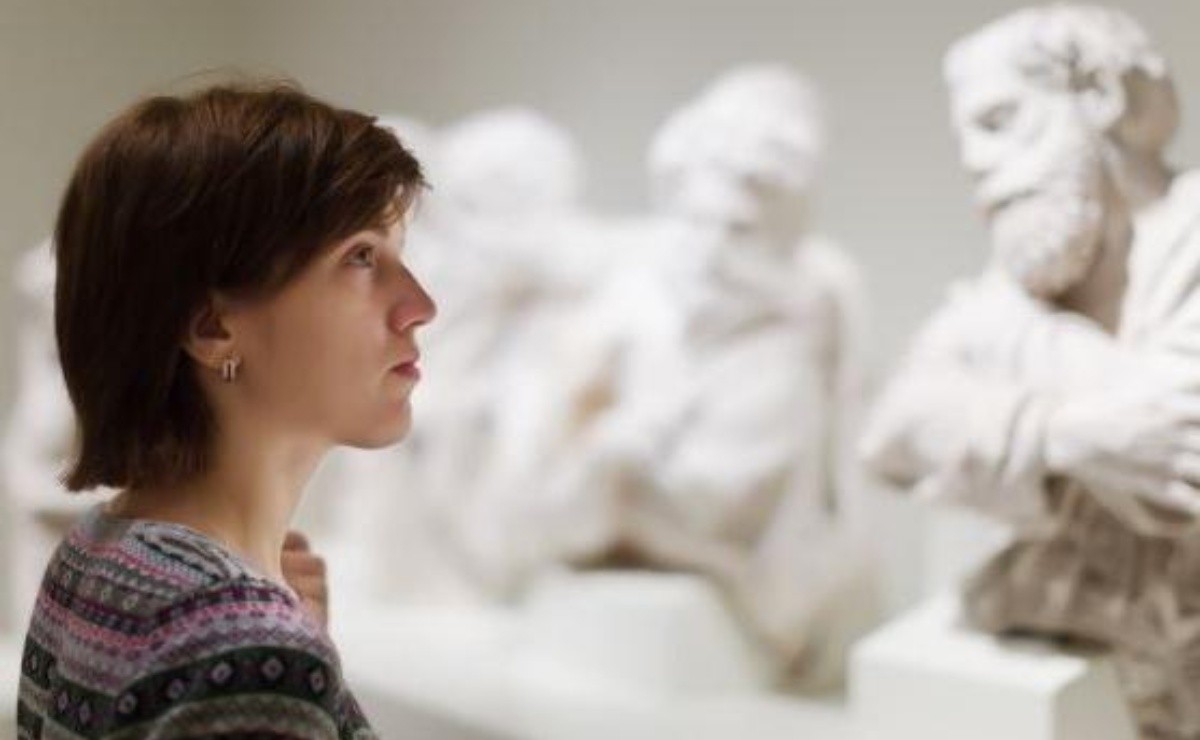 In a museum in northwestern Italy, a tourist damaged a marble sculpture and then fled as if nothing had happened.

The video where a tourist damages a sculpture in Italy has gone viral. In the images you can see how after damaging it it goes away as if nothing had happened.

A marble sculpture created by the neoclassical artist Antonio Canova, was damaged by a tourist in Italy who took a photograph and then left.

The images where the tourist damages the sculpture have gone viral and caused outrage around the world for having damaged a work of art of so many centuries of existence.

It may interest you: VIDEO Bride shoots out after an explosion in Beirut on her wedding day

In northwestern Italy in the community of Possagno, Treviso, a tourist who, flooded by the fever of photographs in museums and other places where you can see works of art that are the attraction for all of them, damaged a sculpture and, most outrageous , he left without warning.

It all happened on July 31 when a tourist visiting the Gipsoteca Antonio Canova museum in Italy, decided to take a picture as is customary in these rooms that house works of art hundreds of years old. But he never took the necessary precautions.

In the video of the moment, captured by the security cameras of the place, you can see how the tourist sits at the base of the sculpture, very close to it. So close that it damaged part of the foot of this marble work dedicated to Paulina Bonaparte or Borghese, made by Antonio Canova.

In the images captured by the video camera, it can be seen how the tourist, realizing the damage, left the place quickly. Moments later the security guards noticed that the sculpture had been damaged two toes that are part of the base. The alarm immediately went off to find the man.

DAMAGE DONE: A tourist broke three toes off a 19th century sculpture while posing for a photo at a museum in northern Italy, authorities say.

Now, thanks to the appointments to enter the museum that are made by registering on the Internet, it is known that he is a man from Austria, who has already been identified and called by the authorities to pay for what he did.

It may interest you: Couple argue in a taxi and take it out on their daughter