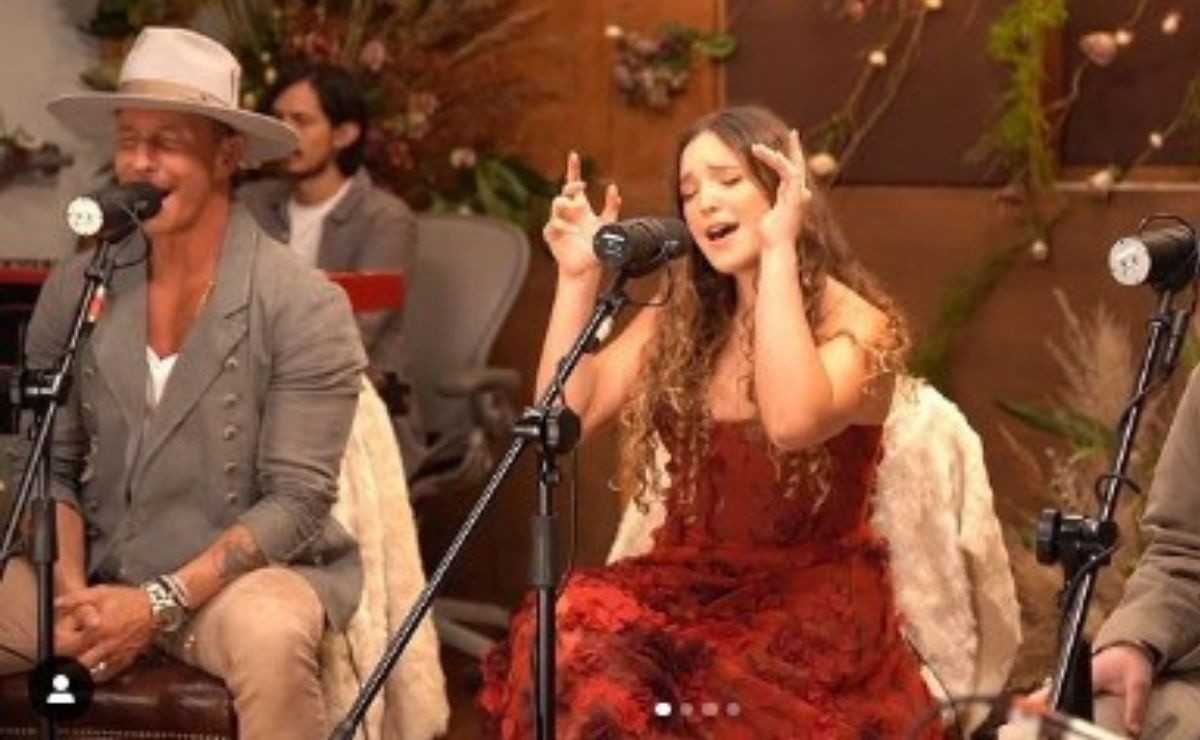 The joy of every mother to see her children succeed is something inevitable that is clearly enjoyed, as happened with Andrea Legarreta after her daughter Mía Rubín released her album called ‘Raíces’

It is no secret to anyone that the professional careers of the daughters of Andrea Legarreta and Erik Rubín are on the rise, as the adolescents have shown that they have the talent to excel in the world of entertainment, since they also have their parents, two figures who They have extensive experience in the field where they have excelled each in their area of ​​work.

The two young women are clear that they want to follow in the footsteps of their parents, because Nina has had a very good participation in the telenovela “Te acuerdas de me”, playing Fabi, a young woman with a passion for reading, while Mia, the eldest daughter The host has decided to follow in her father’s footsteps in the world of music.

For several months, father and daughter have been working on what is Mía’s new album entitled Raíces, from which the first single called “Flecha” was released, but the plans go further, since it is known that Mía and Erik also They are preparing a tour to introduce the material to all their fans.

It was on this day, Friday April 16, when the album Raíces was officially launched, which is already on all musical platforms, which generated great joy in Andrea Legarreta, who immediately shared his happiness with the followers of your social network.

Also read:  This was the first kiss of Nina Rubín, daughter of Andrea Legarreta

Joy and pride was what the young mother said she felt when she was able to see her daughter realize a dream for which she has been working and where she has had the unconditional support of her parents, in good times and bad, in addition to ensuring that his firstborn was born to sing:

Today I see the dream of a little girl who is already a young girl and who was born to sing materialize!

In her publication, Andrea assured that her daughter is not improvised, since from a very young age she developed a taste for music, so she has prepared herself in different areas to be able to excel in this medium, and she does so with the support of her father Erik, who is also passionate about music.

The young woman’s album has the participation of the Mexican pop singer Chucho Rivas, the songs included in this album are unpublished that are characterized by their Latin rhythm, this is how Mía Rubín joins the ranks of new Mexican talents such as the case of Angela Aguilar, daughter of Pepe Aguilar and Lucerito Mijares, daughter of Manuel Mijares and Lucero.