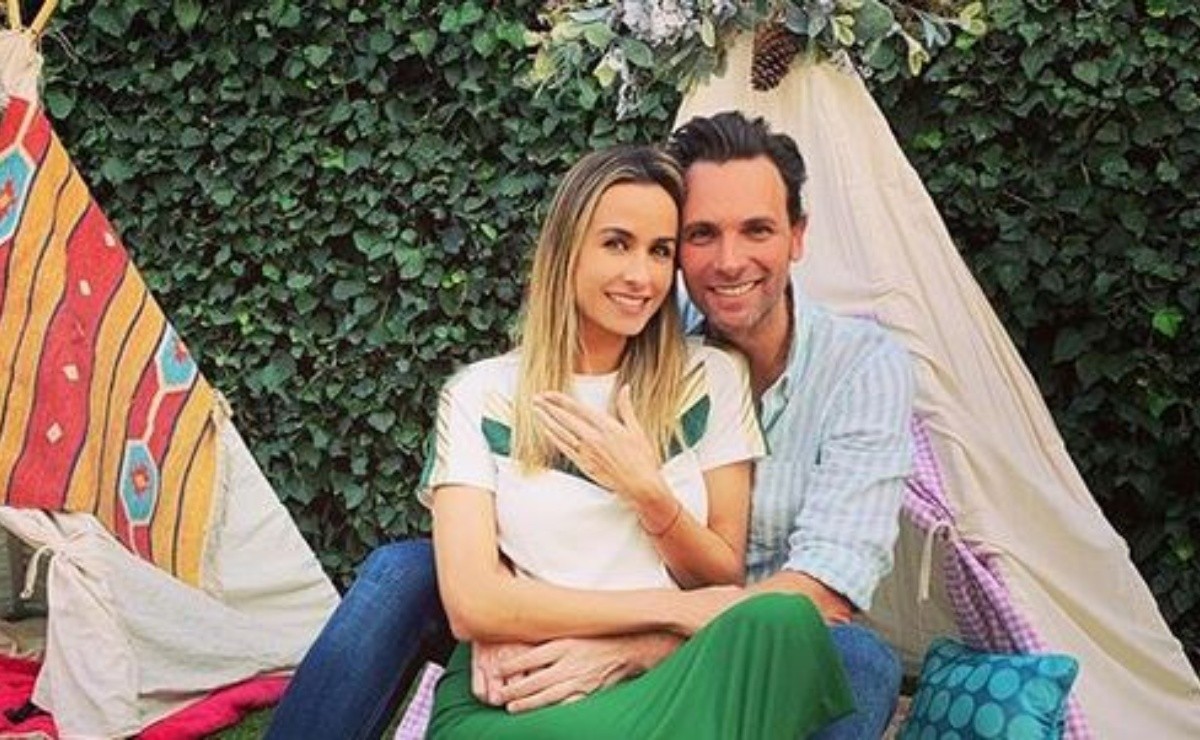 Well they say that a role does not really give commitment as a couple, it is love that matures each relationship, making it strong like the one that Patricio Borghetti and Odalys Ramírez have.

After nine years of union as a family and the arrival of two children, Pato Borguetti has asked the host Odalys Ramírez for a marriage , they will soon have a wedding and excitedly received an engagement ring.

Much maturity is what this couple has, Patricio was married for more than six years to the actress Grettell Valdez and a year later he would find the woman whom he considers a miracle to have her with him.

A couple of days ago it was Patricio Borghetti’s birthday, which is why this weekend his wife mainly organized a celebration for him, the theme of which was a picnic in which his closest friends and family were present.

The Argentine singer took the microphone and thanked everyone for their presence and then began to highlight the qualities of Odalys, showing that despite all his activities he always has time to make him very happy too.

"You always go one step further to make me happy, always looking for my happiness, really," he commented excitedly.

She listened attentively while she held her little son Rocco in her arms, then she asked Santiago the son that Pato had with Grettell for help to help him, so he handed her the box that contained the ring.

Odalys Ramírez, when she saw him, was surprised and began to understand what would happen, he said he already had his father-in-law’s permission to do it, he asked his little daughter to ask her mother the question but she felt sorry for what he said.

It started out as a birthday and ended up as a marriage proposal. What a beautiful day ! Thanks @tipis_kiki for setting the scene! We even had a rainbow visit ���������� #CumplePato #TheProposal #FamilyFirst #BorghettiRamirez #CoupleGoals

"You want to marry me" said Patricio Borghetti to his wife who immediately got on her knees and approached him planting a big kisses to which Santiago highlighted was the answer, minutes later he said yes and placed the ring on Which came in a box from the prestigious jewelry brand Tiffany.

Pato shared this beautiful moment on her official Instagram account while she showed the ring in photographs and put “Almost 9 years and two wonderful children later. I love you @patoborghetti. I said yes"

It may interest you: Kenya You fall in love with Mario Barrón in a short green dress