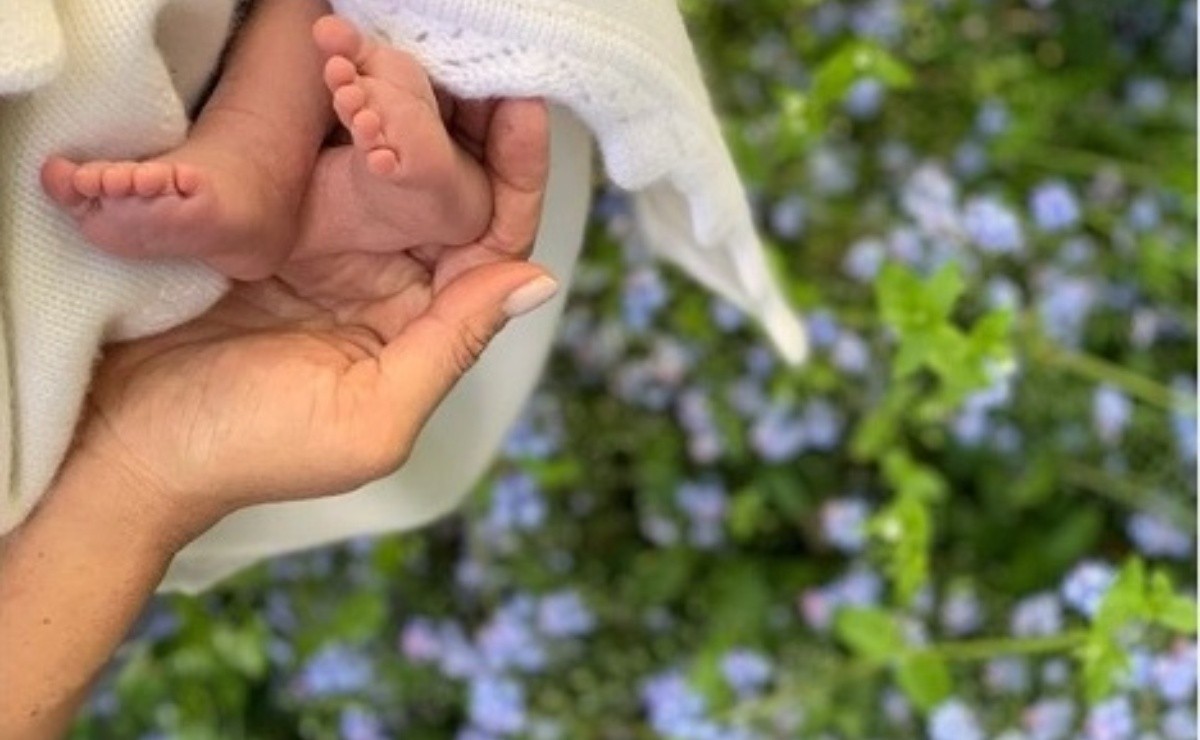 Meghan and Harry also paid an emotional tribute to Lady Di, as Meghan and Baby Archie posed in front of a wall filled with their favorite flowers.

On May 6, the Duchess of Sussex, Meghan had her first child, just in time to enjoy Mother’s Day, a fact that she commemorated with a sweet photo of her and her baby Archie Harrison Mountbatten Windsor.

The photo was posted on the Instagram account of the Dukes of Sussex and delicately reveals the little feet of the new royal baby , held by his mother’s hand, in front of a wall of beautiful flowers.

Along with the snapshot, which was published on May 12, the former actress also published an emotional message according to the celebration in honor of mothers.

“Pay tribute to all the mothers of today: past, present, future mothers, and those lost, but remembered forever. We honor and celebrate each and every one of you, "the message reads.

“Today is Mother’s Day in the United States, Canada, Australia, New Zealand, South Africa, Kenya, Japan and several countries in Europe. This is the first Mother’s Day for the Duchess of Sussex. "

Another detail is that Meghan and Harry paid an emotional tribute to Lady Di, since Meghan and Baby Archie posed in front of a wall full of flowers called "Do not forget me", which were the favorites of the princess who would surely be happy today with her grandson (remember that she died in 1997 in an unfortunate car accident).

It should be remembered that last Monday, the couple announced the birth of their first child; a few hours later, Harry gave a nice message to the media.

The event took place a year after their wedding, as the couple married in May 2018.

Meanwhile, on Wednesday, May 8, the baby was presented by his parents to the whole world in the framework of an event that, as we are used to, broke all protocols.

Moments later, Queen Elizabeth II met the little boy and it was announced that he would be called Archie Harrison Mountbatten-Windsor. The baby’s great-grandfather, the Duke of Edinburgh and Meghan’s mother were also present at the time.