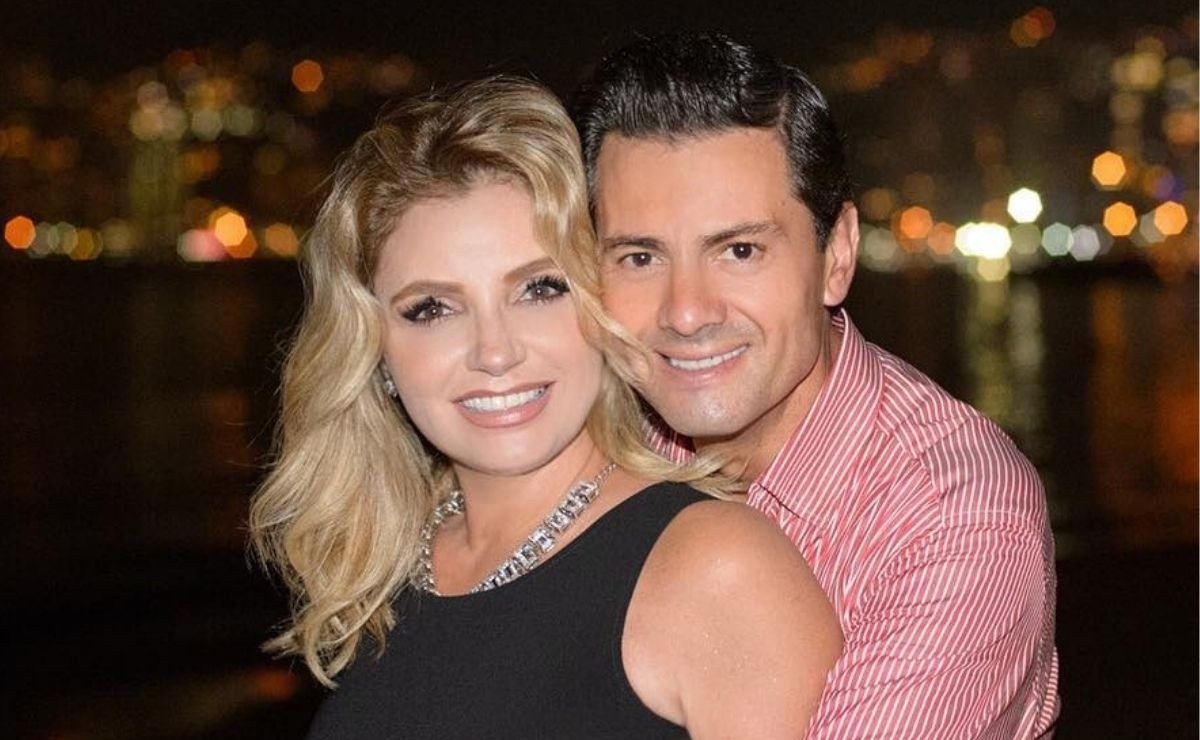 Although their love story ended in divorce and involved in scandals that still haunt them, Angélica Rivera and Enrique Peña Nieto also looked very much in love.

Wife, best friend and partner, that’s how the former president of Mexico defined whom he considered the woman of his life, however their romance story ended in a divorce, but before the troubles in their marriage, they lived a fantastic love, that’s how They met Angélica Rivera and Enrique Peña Nieto, fell in love and decided to arrive at the altar in the happiest.

On May 2, 2019, to the surprise of many, Tania Ruiz’s now boyfriend announced his separation from La Gaviota via Instagram, but it is still remembered when everything between them began, that’s how Angélica Rivera and Enrique Peña Nieto met, they fell in love and they lived events that involved them on more than one occasion in dimes and diretes, they were a target of criticism couple.

Angélica Rivera is part of the list of celebrities who do not do well in love and add several thunders, her last love relationship was with Enrique Peña Nieto, with whom she had a hasty courtship, a dream wedding, a marriage in the eye of the hurricane and a notorious divorce, but going back in time, let’s remember how his story began with the crush.

They are no longer together and both are retired from public life, while Angélica Rivera remains single and very close to the father of her daughters, José Alberto Castro, Enrique Peña Nieto maintains a courtship with the Potosina model Tania Ruiz Eichelmann, both took different paths and they never made statements about their separation again.

But at the time they were a couple in love, their romance story began in 2008, when the actress of "Destilando Amor", carried out the publicity of "Complied Commitments" of the government of the state of Mexico, which was commanded by the politician Peña Nieto It is said that there the crush occurred, but in those times, she was not a free woman.

La Gaviota was still married to producer José Alberto Castro, with whom she had joined in marriage in December 2004 after 14 years of living in a free union and having 3 daughters, but the attraction for the former president seems to have been stronger and in that same 2008 that they met, the beginning of their relationship was also announced.

That 2008 was full of commotion, because not only did the actress and the politician meet, but they were also struck by Cupid, she decided to divorce El Güero Castro and in November of that same year, Enrique Peña Nieto confirmed his engagement with the Seagull in the Shalala program, their romance happened in a hurry, everything went smoothly very fast.

In December 2009, the former president showed off by giving the artist the engagement ring during a trip to the Vatican, so the wedding bells rang almost a year later, as they reached the altar on November 27, 2010 in the Cathedral of Toluca officiated by the Archbishop of Chihuahua, Constancio Miranda, a ceremony that brought together many important figures.

Also read:  The Competition Was Armed Between Cynthia Rodríguez And Ana Bárbara

While they were husband and wife, Enrique Peña Nieto did not hesitate to flatter his wife with romantic messages on social networks accompanied by photographs where both appeared most smiling and in love, he thanked her for all the experiences that left a mark on her heart, for their dedication and dedication to the family they had formed, but the end point to their romance came almost 9 years after their wedding.