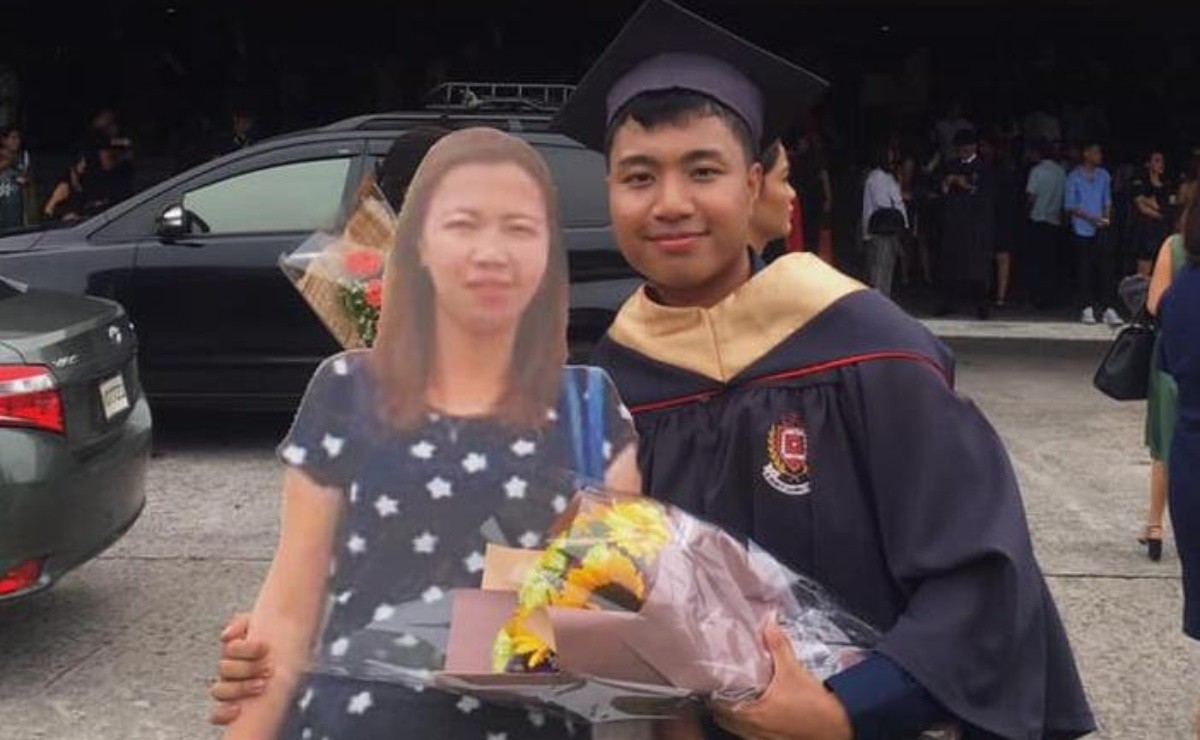 Her dream was to have a photo of her mother like all her classmates on the day of her graduation, she passed away in 2016 and she printed her image and took the act

One of the most significant stages for a young man is to complete a professional career and when you happen you want your family to be present, this boy’s mother passed away before the act and he took it in print.

Paulo John Alinsong’s dream was to have a photo with his mother on his graduation day and although she died when he was only 37 years old, he managed to have her next to the most important day of his life.

The idea seemed somewhat crazy but at the same time full of feelings, the young man printed the photo of his mother in real size and came with her to the graduation ceremony filling him with pride when he felt her very close.

This event occurred in the city of Pasay in the Philippines, the images of the event were uploaded to the network and immediately went viral, receiving dozens of ‘likes’ and comments of support.

According to local media, the mother died in 2016 while he was studying, most of his classmates would go with their parents and he did not want to be left behind.

To my most beautiful mom! Ma, your eldest is a graduate, I hope you are happy there in the presence of God. This is what you want so I finished it. I love you very much my love., Wrote Paulo John on facebook

He was also accompanied by his sisters Alleah and Cheska and thanked his entire family by showing his diploma, who have served as father and mother for him, even supporting financial expenses to get ahead.

The young man is extremely excited that his story has transcended even around the world, since it is an act full of love, since despite adversity, it is necessary to move forward.

Also read:  Twin Babies Die After Being Forgotten In The Car By Their Father

Although both parents are important in this walk through life, without a doubt the love that a mother gives is unconditional and more so in the case that they point out, it was a very close mother and son.

It may interest you: Young man goes to prom with his cat