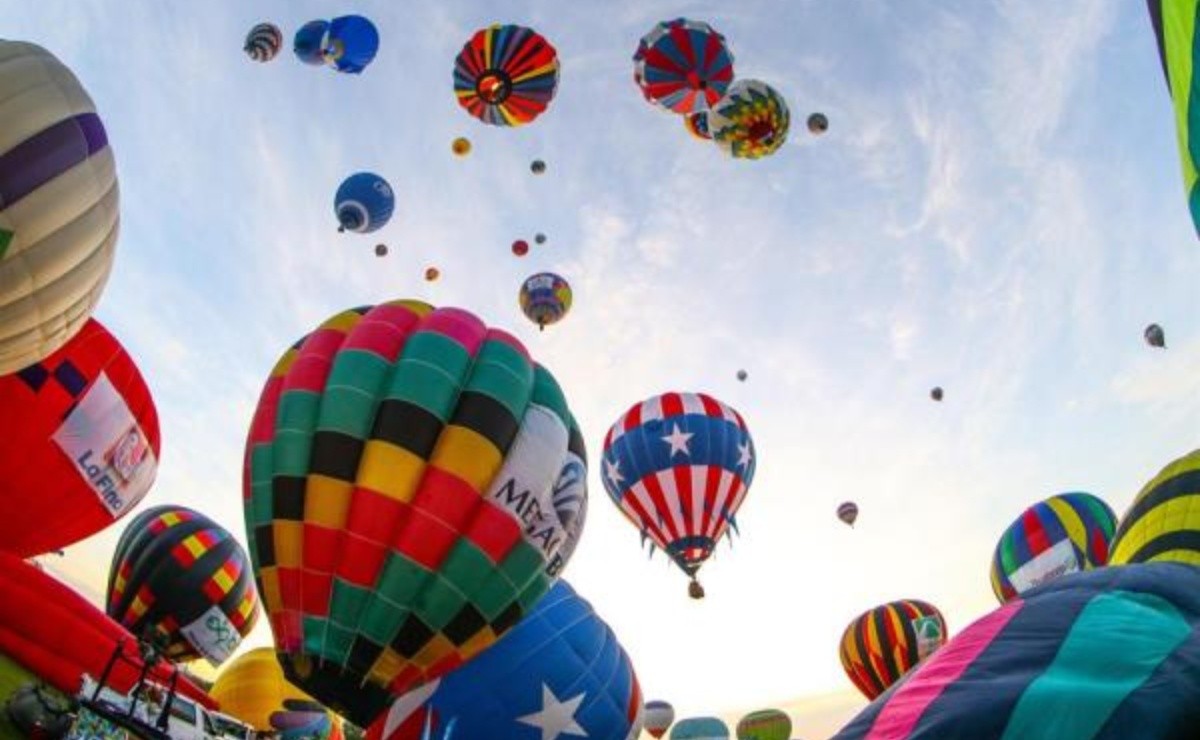 Around 200 hot air balloons from 25 countries crossed the skies of the Mexican city León, in the central state of Guanajuato, this Saturday in the 18th edition of the International Balloon Festival that will conclude this November 18.

Among the balloons stands out the one handled by Glenn O’Brian, a pilot from North Carolina, United States, an expert "wind chaser" with 15 years of experience as an aircraft pilot and six years with certification for aerostatics.

At an altitude of 2,500 meters, the noise of the city stayed very low and from O’Brian’s basket other aerostats can be observed that rise and fall looking for the capricious winds that guide them where they want.

At this point, you can only hear the roar of the hot air balloon burners and the conversation of the crew accompanying O’Brian, who participates for the fourth consecutive year in the León Festival, which is held from November 15 to 18.

"Freedom. It’s very peaceful up here. I can speak without noise, I can observe everything ”, affirms this 51-year-old pilot when answering what he enjoys most about flying in a balloon.

Although takeoffs are smooth – like going up in an elevator – ballooning is not for everyone. At the end of the day, steering an aerostat is not as simple as it might seem, explains Glen, because the pilot can only go up and down, and it is the wind that decides which direction to go.

The balloon can keep rising all the time, until the gas from the burners runs out; at higher altitudes, the pilot and crew require special equipment to supply themselves with oxygen and protect themselves from the cold.

Also read:  What A Man Thinks When He Feels He Found The Ideal Woman

But extreme experiences are for another occasion, the Balloon Festival is an opportunity for the 500,000 people who attend the Metropolitan Park of León to appreciate the sky full of aerostats with figures such as a giant robot, Mickey Mouse, Darth Vader, Yoda and the Christ of Corcovado.

Organizers scheduled events for mornings and evenings, including nightly balloon-lighting shows and massive concerts; the Festival is enjoyed from heaven and on earth.

After 40 minutes of going up and down chasing the fickle winds, Glen decides to land; This is the most exciting part of the trip, the one that demands the sum of the skill of the pilot with the fortune of having a good place to land on hand.

Glen observes a golf course and catches a wind that pushes him in that direction.

The balloon, however, travels too fast and the pilot decides to slow down with the help of the vegetation in the area: the basket hits the top of some trees, bushes and cactus plants, thus achieving the appropriate speed to land meters ahead in a smooth golf course.

It was a good landing for Glen and his crew. A good trip, a good experience, although, for the pilot, "the worst experiences are the most fun"

It may interest you: Mexicans no longer want to marry, know the state with the most divorces