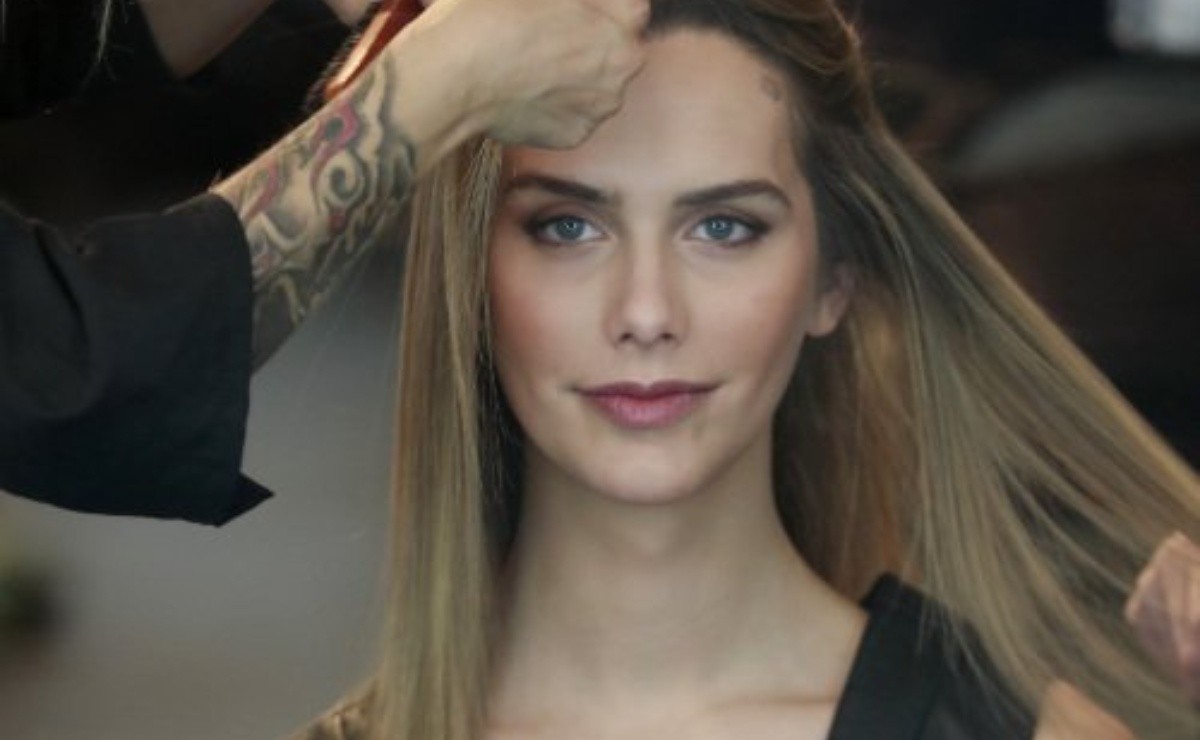 The current Miss Universe Spain, Angela Ponce has been in charge of opening and closing the Andres Sarda fashion show in this 69th edition of Mercedes-Benz Fashion Week Madrid

It is not the first time that the current Miss Universe Spain climbs the most important national catwalk, since she already did it years ago for the firm Ulís Mérida.

On the third day of this 69th edition of the Mercedes-Benz Fashion Week Madrid, Ángela Ponce has inaugurated and closed the fashion show of the lingerie firm Andres Sarda and has reigned in the imaginary of the Zodiac created by the Catalan firm.

A few hours before the parade, the model shares her experience in an interview with Efe Estilo.

While the director of the L’Orèal Paris hairdressing team, Beatriz Matallana, puts the final touches on the “look” that the models will wear in Sarda’s proposal, Ponce tells us how she lives the moments before the show, in which the nerves They are by no means something negative "I think that the day I stop getting nervous I will have to dedicate myself to something else," said the model.

Andres Sarda’s creations are undoubtedly an ode to the confident and sensual woman under careful pieces of lingerie, presented in a story that unfolds in parallel to the collection, taking care of even the smallest details.

"Andres Sarda has always created fashion for free and strong women, when they told me they wanted to have me for the show it was a very nice surprise."

Almost two years have passed since he last paraded at MBFWM in the February 2017 edition, and although he had previously faced the 40 meters of the Ifema catwalk, the illusion of parading on it does not fade, but rather on the contrary, it increases: “I still feel the same, now with more responsibility than before, because I know that many people know me, but the illusion is the same”.

Also read:  How Much Shakira And Jennifer Lopez Charged From NFL For Super Bowl Show

In addition to being an icon of beauty, Ángela Ponce has become a social benchmark of acceptance and struggle, and an icon to be followed by new generations: “receiving messages from people who tell you that they have managed to dare to be who they really are. son is something that motivates me, I feel a lot of affection ”, explains Ponce, giving off that halo of positivity and good energy that characterizes her.

This is how the young Andalusian woman has been in charge of opening and closing the parade of Andres Sarda’s new collection, “The Zodiac”, in which she has worn spectacular designs that embodied the symbols of the horoscope.