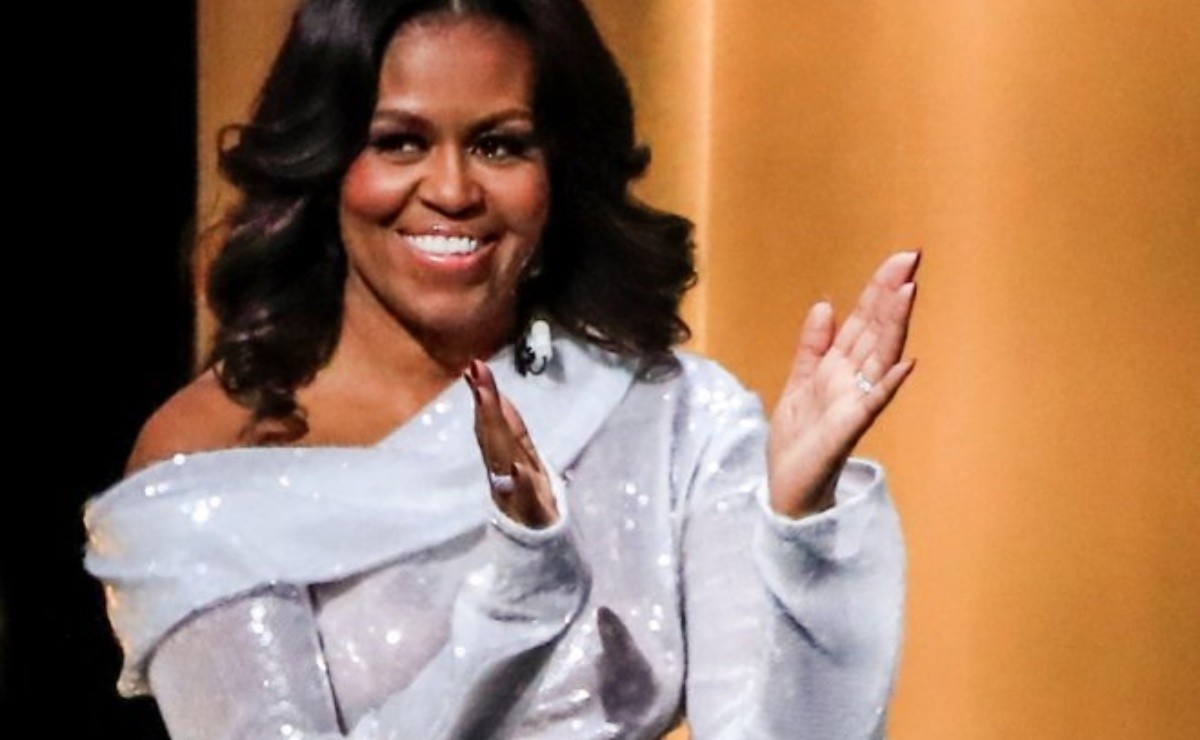 Michelle Obama turns 55 today, a life dedicated to family, but also to political activism, a facet that she has not abandoned, after leaving the White House

Michelle Obama is not only the wife of the former president of the United States, Barack Obama, she is a self-made woman, whose passion for life has led her to be who she is personally and professionally.

Today she turns 55, and continues to be a leader for many women in her country and in the world. His first memoir, "Becoming" has been one of the best sellers of 2018 not only in the United States, but also in Germany, Colombia, France, Italy and the United Kingdom, and that went on sale in November.

Translated into 28 languages, entitled in Spanish "My Story", a text in which there is no shortage of reflections on her role as the first African-American wife of a US president.

“Not for a second did I think the position would be easy and glamorous. Nobody to whom the qualifiers ‘first’ and ‘black’ apply could think so ”, explains Michelle.

“I was a woman, black and strong, something that for certain people meant ‘angry’. It was another harmful cliché, something that has always been used to corner minority women, ”she adds.

The first part of the book to his childhood and adolescence in a "narrow apartment" in a poor neighborhood of Chicago, in a family descended from slaves.

His infatuation with Barack Obama and their first years of life together are also reflected and he confesses that "a burst of desire, gratitude, satisfaction and amazement" was what made their lives come together.

The former first lady, a brilliant lawyer trained in two prestigious universities, also admits that she felt a “pinch of resentment” at the beginning of her husband’s absorbing political career, which relegated her to being a “full-time working mother and full-time wife. partial".

Pages in which she reveals that she and Barack went to couples therapy to overcome those frictions and the consequences of a miscarriage, which finally led them to conceive through in vitro fertilization their two daughters, Malia and Sasha.

He confesses that the day he left the White House, after eight years, was one of the “saddest” of his life and that he cried a lot. In spite of everything, and the follow-up that her campaigns to achieve a healthier diet, among others, have had, Michelle Obama assures that she has “no intention of presenting myself to any public office, ever”, she ditches in her book.

A lot to say

Her life and that of her husband are so attractive that the couple has signed an agreement with the Netflix television platform, to grant them permission to produce movies and series about them.

Her influence and admiration encompasses so many aspects of life and professional spheres that the artist Amy Sherald portrayed her in a painting that was exhibited at the National Portrait Gallery in Washington with a dress with which she sent a message.

It was a garment from the Milly firm with geometric figures in black, gray, red, pink and yellow on a white background, belonging to a collection that was inspired by a “desire for equality: equality in human rights, racial equality and equality. LGBTQ ”, as revealed by its creator, Michelle Smith.

She knows nothing about how this day will pass, but surely some surprise plans in the environment of this woman who fights to defend what she thinks from any field.