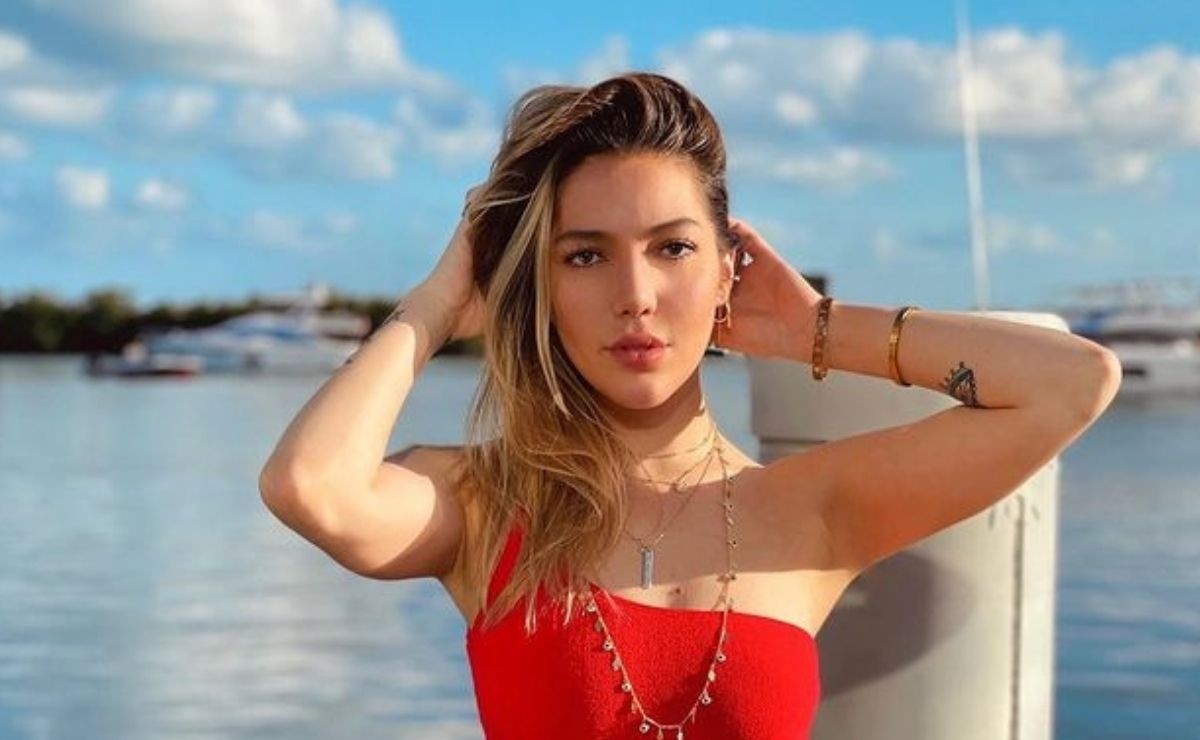 Another member of the Guzmán family who turns his back on Frida Sofía, after accusing her grandfather of harassment, her cousin Giordana says she is ill

Giordana, Frida Sofía’s cousin, withdrew her support for Alejandra Guzmán’s daughter , arguing that "it doesn’t matter who she takes between her legs" as long as they hate her family, said statement came in the form of a message at the hands of the journalist Alex Kaffie, who released these statements.

"She just wants to fuck, because she believes that if we all die, she will feel happy, she is ill, she is sick and with all my love she no longer has my support," said Giordana, who is the daughter of Luis Enrique Guzmán, who is also Frida. Sofía pointed out that she was kept and a drug addict, within the statements where she accused her grandfather Enrique Guzmán of harassment.

Giordana Guzmán explained in the messages that it hurt a lot that Frida Sofía will use the platform she has with a feminist approach for what she said, they are lies; According to the media, the young woman tried to get closer to the singer, who would have closed to any contact with her .

Read more : Give me the opportunity to hug you, Silvia Pinal answers Frida Sofía

Both had a family business but apparently, Giordana Guzmán will cut all ties with his cousin. The Guzmán family scandal began last week when, in an interview, Frida Sofia spoke about the inappropriate touching that her grandfather did when she was a child.

That same day Enrique Guzmán came to her defense in the program “Ventaneando”, between tears he said that he had never touched her, although other people revived the history of complaints of abuse and harassment, including Silvia Pinal herself.

Then, it was Alejandra Guzmán herself who came out in defense of her father and called on her daughter so that both would seek a solution through therapy, the same was said by her grandmother Silvia Pinal, who was affected by the situation that her family sent message to her granddaughter.

Read more : Alejandra Guzmán breaks silence puts her hands on the fire for her father

Recently Frida Sofía published a photo in which she is observed as a child with an expression of fear towards her grandfather Enrique Guzmán and behind them her parents, Pablo Moctezuma’s daughter said that she had no way to record her grandfather but that was proof enough.