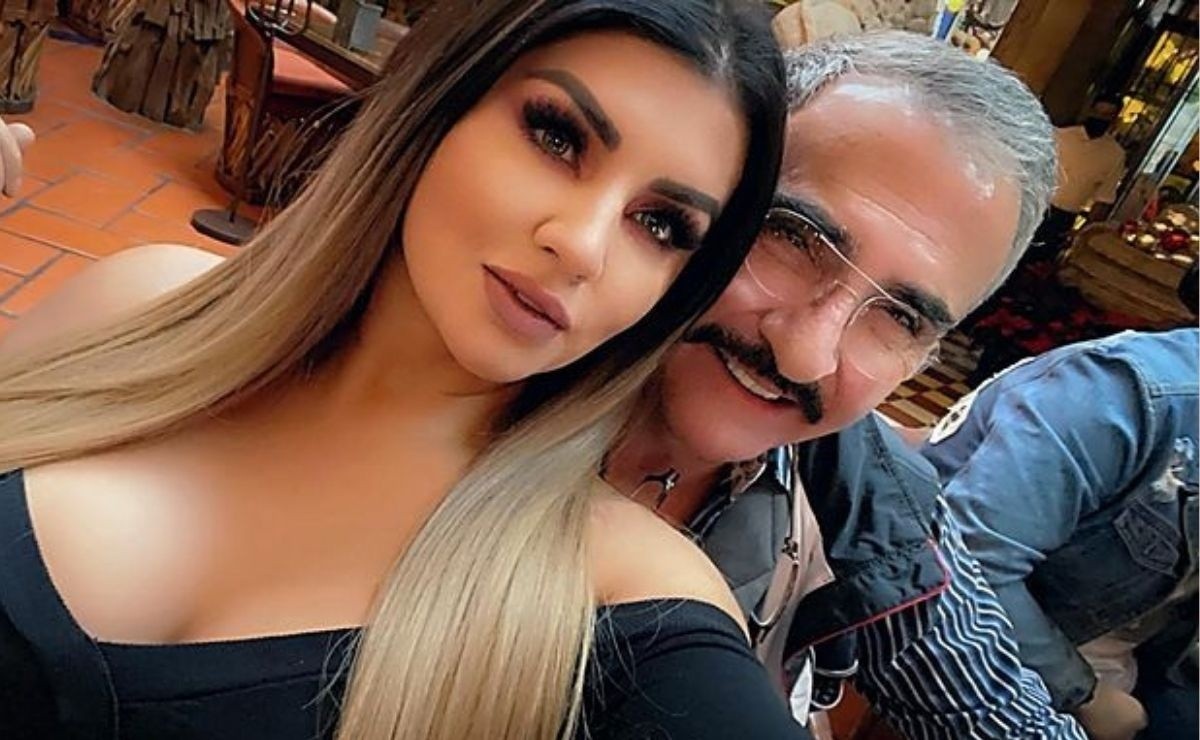 Vicente Fernández Jr at 57 years old is more in love than ever in his social networks with his beautiful girlfriend, Mariana González Padilla, who is currently 37 years old.

The couple is sure of their love and every time they get a chance they show it off on their Instagram, despite the comments left by their followers that he looks like the model’s grandfather.

In one of the last photos together shared by Mariana González Padilla , they made it clear that they do not care what others may say, they defend their relationship and the so-called Mexican Kim Kardashian, he claims to be happy next to the son of the famous Mexican singer, Vicente Fernandez.

"In Life you have to avoid 3 Geometric figures, vicious circles, love triangles and square minds" wrote Mariana González Padilla while hugging her boyfriend, who does not miss the opportunity to tell her that he loves her and wants to be by her side forever.

Some followers of the couple reacted to the photo and wrote: Your girlfriend is much better and looks better, better than Kim, I don’t understand why they compare her at least you and I like her more.

While Vicente Fernández Jr, lets them comment what they want, the Mexican model and businesswoman has hidden the comments of her publications, she prefers not to know what others have to say to her.

Also read:  Key Points To Do Before Your Next Anniversary

Mariana González Padilla has asked to be left alone and that not because she is Vicente Fernández Jr’s girlfriend does she mean that she gives him everything, since she assures that she had everything before becoming the singer’s partner and that the luxurious places she visits today, he has always visited it.

"Tilín!…. But I was worried about the old man because if Don Chente dies, Gerardo is not going to give him money for this“ lady ”puny Poor old man … to fly!" wrote another fan.

Vicente Fernández Jr, has made it clear that his girlfriend was already successful before becoming his girlfriend, they have asked for respect but it seems that the followers do not stop to comment on what they want.