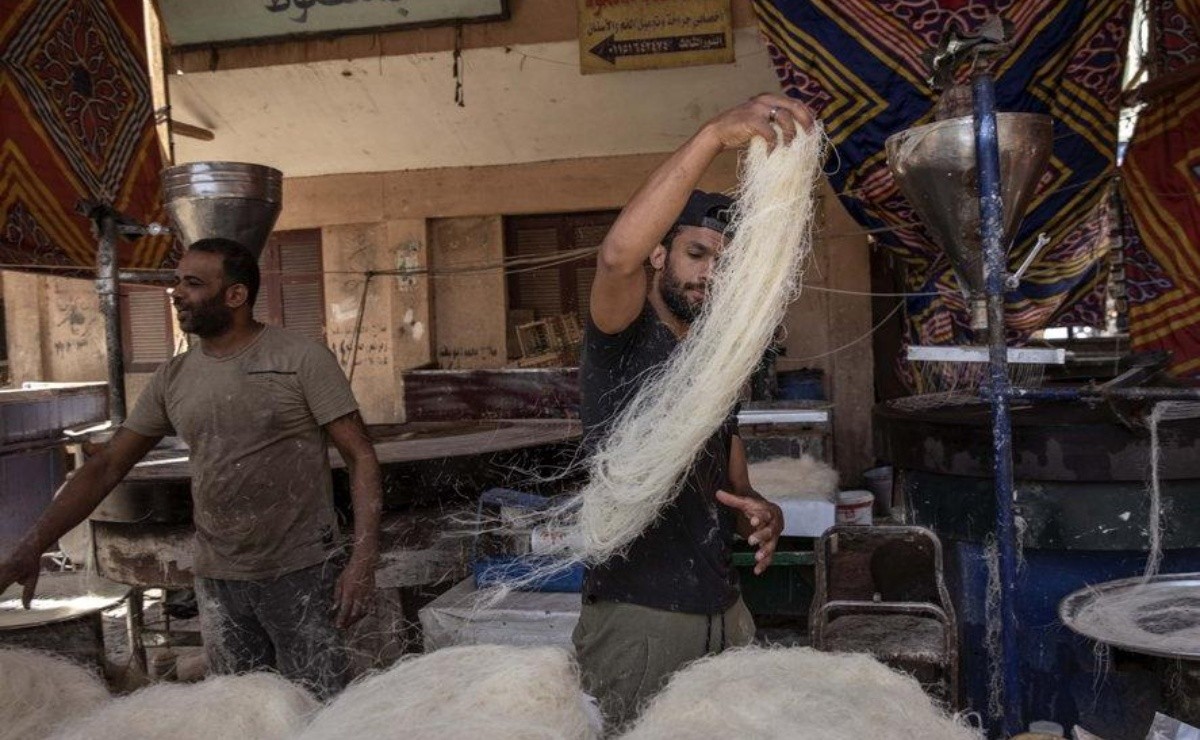 The coronavirus is not only ending health, it is also stealing dreams of millions around the world

The coronavirus is not only ending health , it is also stealing dreams from millions around the world. On a Saturday afternoon, Mahrous Mahmoud is very busy . Professional soccer player, he sweats a lot, but not running after a ball, but as a street vendor.

Normally at this time of year Mahmoud defends the colors of Beni Suef, a club in the second division of Egyptian football. The coronavirus, however, put him out of work when football activity was suspended.

You can see; Two 100-year-old women from Russia recover from coronavirus

So he now makes a living in a crowded market in Upper Egypt. Shoulder to shoulder, people move from stall to stall as he prepares pancake-like sweets.

Before the pandemic, Mahmoud made about $ 200 a month from soccer and did a few extra things. He could support his parents and a younger brother.

The league suspended the tournament in mid-March and Mahmoud’s main source of income dried up. Egypt implemented a strict quarantine and closed cafes, shopping malls and other businesses to contain the virus. His club told the players to stay home until activity resumed.

That was not an option for Mahmoud or many others in the Assiut region, along the Nile. His family has to eat.

"I do whatever it takes to feed them," he said.

The market in Manfalut, a city about 350 kilometers (230 miles) south of Cairo, remains open despite the pandemic, full of people buying things for dinner, when Muslims break their daytime fast in the month. holy of Ramadan. Mahmoud pancakes, called qatayef in Arabic, are a favorite dessert eaten during Ramadan.

Mahmoud returned to his village shortly after the quarantine took effect. He looked for work but got nothing as a construction worker. Before the crisis, he says he could easily get a job in construction, usually earning $ 7 a day, but now he’s lucky if he works two days a week in that industry. When Ramadan arrives, not even that. That is why he started working at the food stand.

In Manfalut most of the residents are poor day laborers and staying at home is not possible. In rural and poor Egypt, many people take a fatalistic attitude to the pandemic because they say the cure is worse than the disease. If the virus reaches this area, it will spread quickly.

As in so many other parts of the world, the consequences of the pandemic are disastrous for most of Egypt’s 100 million people, especially those in the south. Even before the virus emerged, poverty was rife, exacerbated by the austerity measures taken by the government of President Abdel Fattah el-Sisi as part of a series of profound economic reforms.

Mahmoud, 28, has a younger brother. His father worked part-time as a bus driver but had to quit his job for health reasons. He supports his father, mother, and brother, who live in a three-story building environment that they share with six other families of his uncles.

Mahmoud showed athletic skills from a young age. He started boxing at a club, then did handball until the coaches convinced him to take up soccer. He turned professional at 16.

"They told me he could be a good defender," said Mahmoud, whose teammates nicknamed him "Kompany," after former Manchester City captain Vincent Kompany.

Mahmoud, however, says he prefers Virgil van Dijk, the Liverpool defender. With their contribution, his club leads the second division championship and Mahmoud hopes to play in the first division next season.

In the meantime, he will have to keep working on whatever it is, exposing himself to the virus. There is his family and there is also another reason to save: Mahmoud planned to get married in June. "No one is immune," he declared. "But people like me and my family have to survive."