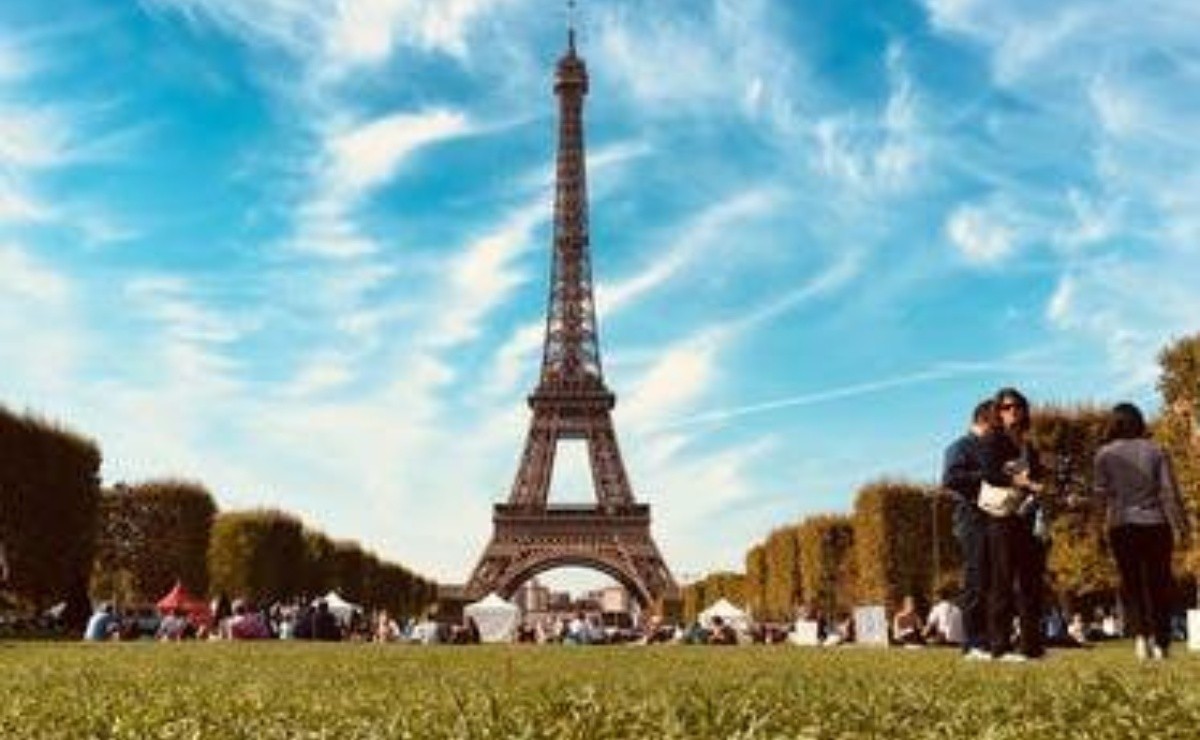 After being closed for three months, the emblematic Parisian monument built in 1889 can be visited again

The one who has suffered the effects of the pandemic is the Eiffel Tower, since since the confinement began the most visited monument in France was closed, now three months later it returned to receive tourists, who to enjoy the Parisian landscape must climb 700 steps , obviously with all the sanitary restrictions.

And through social networks, all those who eagerly awaited its reopening showed what the Eiffel Tower looks like after 104 closed.

50 visitors were received to the rhythm of a batucada according to the weather and the heat that was 34 ° C, and that they will have to endure when climbing on foot and with masks. A total of 674 steps in case you want to enjoy the landscape, since during the first eight days only the first two floors will be enabled.

If the health situation allows it, the elevators will reopen in July, with the exception of the smallest, which lead to the top of the 324-meter-high tower.

All this with the aim of guaranteeing a safe distance between visitors and limiting the risk of contagion.

It should be noted that the company that is managing the beautiful monument placed blue marks on the ground, with which they tell people to keep at least 1.50 distance between them.

All visitors, with the exception of children up to 11 years old, must wear face masks to be able to have excess to the tower.

���� The Eiffel Tower reopened its doors this morning to the rhythm of a batucada after being closed for 104 days due to the Covid-19 pandemic. pic.twitter.com/XuKxi7o8wI

Thérése, 60, who came from Perpignan, southeastern France to visit her grandson, did not want to miss the opening of the emblematic Parisian monument and shared her impressions.

I wanted to participate in this moment of joy. I’m almost crying, but it’s from happiness. After these difficult months this is a great emotion. I’m going to go up slowly … and if I don’t get to the top it doesn’t matter

They open the #TourEiffel after 104 days closed by the #coronavirus pic.twitter.com/gWQD3WMgRE

A 42-year-old German tourist from Pfaffenhofen, southern Germany with his 28-year-old American wife Shanique Chintsanya will spend three days in the French capital.

I’m a little sad because the top of the tower is not open, but nothing happens, we have to go up the stairs

Yacine Gueblaoui, head of the tower staff team, also spoke about it:

There are 700 steps to the second floor, you have to be sporty

As for the tower, it is expected that it can start to recover economically. This is the longest closure of the monument since World War II that caused losses of nine million euros per month (about 10.1 million dollars), according to what was said by Patrick Branco Ruivo, the general director of the society of exploitation that manages the monument built in 1889.