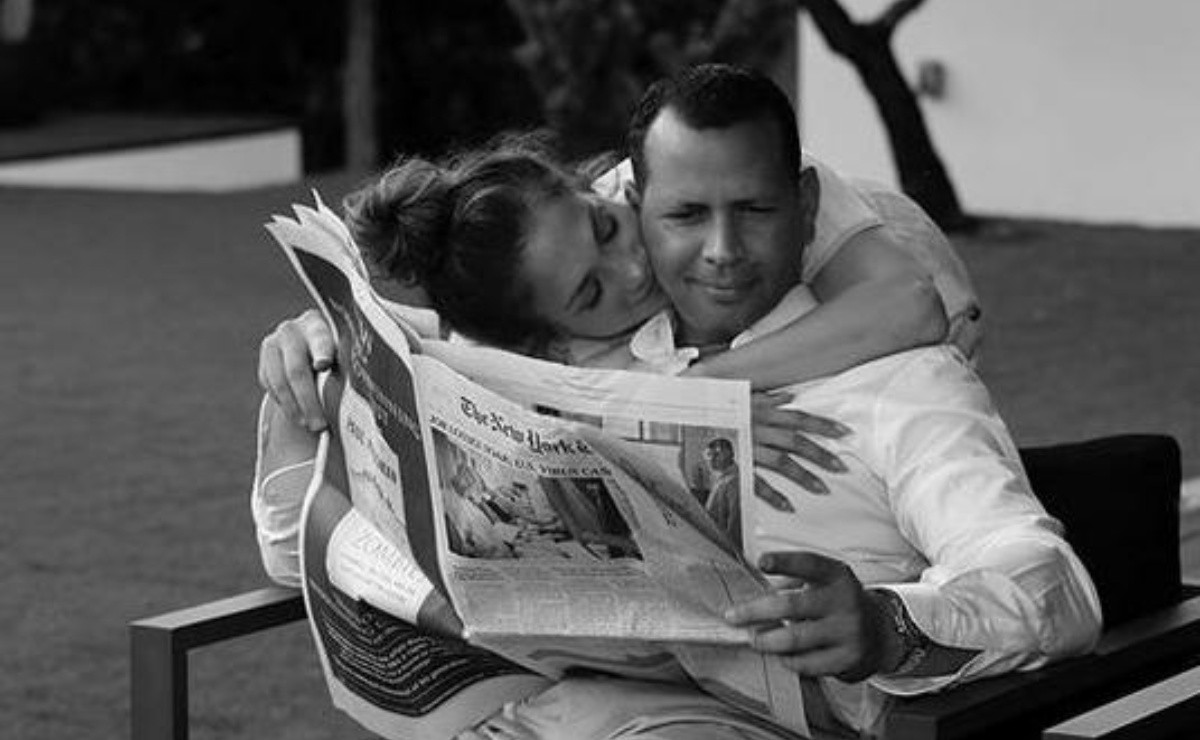 After personally participating in the protests against racism in the United States, the artist and businesswoman Jennifer López revealed this Monday that it was her 12-year-old son Max who inspired her to make her commitment to the fight against social injustice more visible.

"Max told me a few days ago: ‘you know, mom? Since you have followers like many of the’ gamers ‘that I follow on YouTube and they ask us to support different things and we do it, you should do something for George Floyd’", Lopez wrote in reference to the case of the African-American killed by police two weeks ago in Minnesota.

In fact, he was in charge of recruiting his sister Emme to make the sign that López and her fiancé, former baseball player Álex Rodríguez, carried at the protest. The star stressed that this was not the only time she spoke with her children, as a result of her marriage to Marc Anthony, about the situation.

It may interest you: Eduardo Capetillo confesses that Biby Gaytán is not an easy woman

"We talk about how if a person is not treated with justice, nobody is. That this country was built on the value of justice and freedom for all," he said.

"We must take a stand and stand up for what we believe in and fight injustices in the world, so we will continue to protest peacefully until there is a change," he said.

Rodríguez, for his part, published on his social networks photos and videos of his participation in the demonstrations in the city of Los Angeles, where the couple has a house, although their main residence is in Miami.

Today I had Emme and Max make me and Alex a sign for the protest. Max told me a few days ago: "you know mom, since you have a following like some of my YouTuber gamers and they ask us to support things and we do, you should do that for George Floyd." I said, “funny you say that baby, I am planning a few things. Do you want to help by making a sign? " And they did !! ������ We talked about how if one person doesn’t have justice then no one does. That this country was built on the belief of freedom and justice for all. We must take a stand for what we believe in and fight against the injustices in this world. So we continue to peacefully protest until there is change. #BlackLivesMatter #GetLoud #CallingAllMamas #TeachThemYoung @arod

"For almost two weeks, the message has been sent loud and clear throughout our country. Americans are protesting everywhere for peace, equality, humanity. To teach that the lives of blacks are important," he said .

All across our nation, for nearly two weeks, the message has been sent loud and clear. Americans everywhere protesting for peace. For equality. For humanity. To show #BlackLivesMatter. To show we are sickened, both by the senseless way George Floyd was killed in Minneapolis and by the many brutal, unnecessary, ugly murders that came before him. . Los Angeles, we are proud to join you in peaceful protest tonight. We are proud to walk alongside you, and to share in spreading such an important message. Thank you for speaking up. Thank you for continuing to fight the good fight. Thank for you using your voices for good. . America: It’s time to listen.

"Los Angeles, we are proud to join your protest tonight. We are proud to walk with you and express and amplify this very important message. Thank you for speaking up, for continuing to fight for what is worthwhile. Thank you for using your voices for him. Good. United States: Time to listen, "he added.

This Sunday, the Hollywood district was the scene of a massive peaceful protest against police violence and in memory of African-Americans killed by the police in recent years.