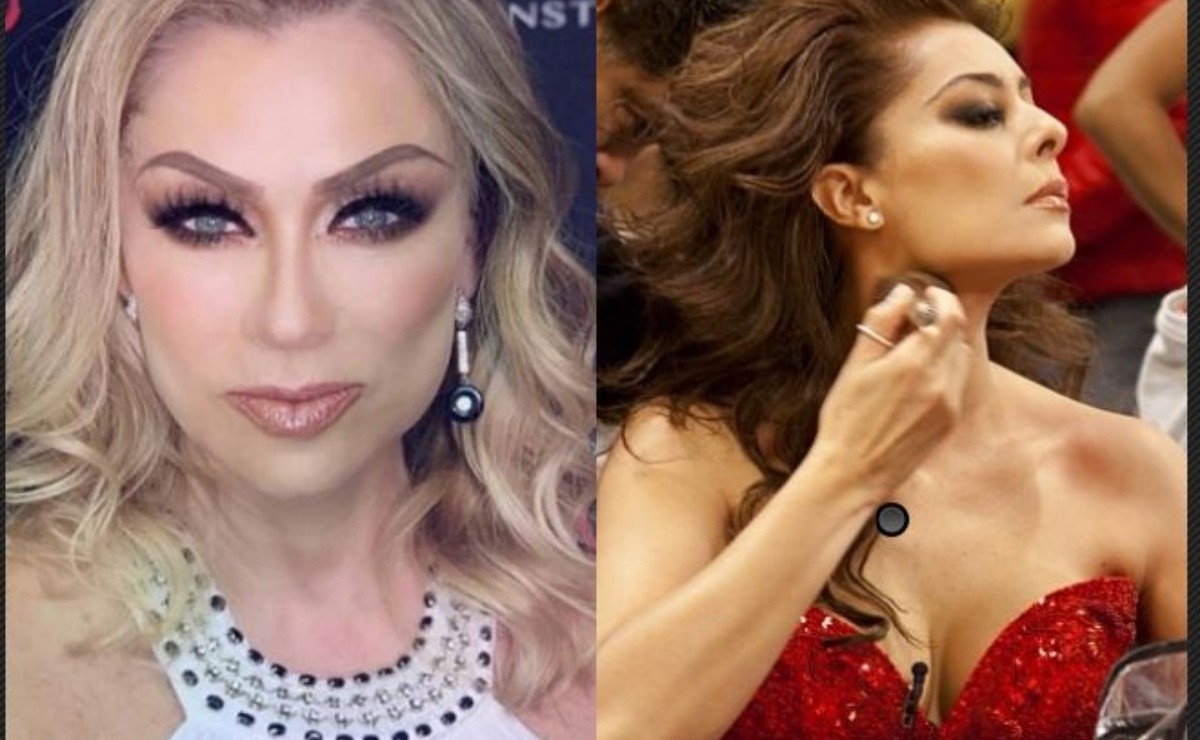 Yadhira Carrillo said that Leticia had come to the hospital purple for not being able to breathe, but this version has been denied by Leticia Calderony and puts her in her place

The war between Leticia Calderon and Yadhira Carrillo seems to have no end, both are connected to the man who has had a history with each of them. It seems that Yadhira seeks at all costs to draw attention to the media, when she said that due to the covid-19 Leticia had arrived at the hospital purple, this version has been denied by Leticia who puts her in her place once and for all.

Leticia Calderon once again denied Yadhira Carrillo and said that it is a lie that he entered the hospital in a serious condition. Users tell Yadhira to leave Juan Collado’s ex-wife alone and to dedicate herself to taking care of her husband in jail.

Although on numerous occasions Leticia has asked Yadhira to refrain from saying anything that has to do with her or her children, Yadhira seems not to understand and always causes a stir with her statements to the press.

“They reported wrong, fortunately I did not get cyanotic (to the hospital). I was at home with oxygen, with the medicine that the doctor had recommended. It wasn’t saturating even, sometimes it was 92, sometimes it went down to 88, suddenly 90, suddenly 88, I don’t know. It wasn’t saturating even, so the doctor said she didn’t like it, she was getting weaker and weaker ”said Leticia.

Also read:  Shakira And Gerard Piqué With A Stronger And Lasting Love

This statement was provided to the morning television program "Sale el Sol." She mentioned that she felt weak and sleepy before entering the hospital and on the recommendation of her doctor, she was admitted to improve her health.

“At that time my brother was in the hospital, days later my father was hospitalized. I stay with my mom here taking care of her and the truth is that I couldn’t take care of her or my children who had also tested positive ”, commented the actress.

Leticia mentioned that she asked Juanito son of Juan Collado for help to find an available bed: “They mobilized and I really appreciate them. They were very aware of my children and did me the favor of finding a bed ”.

The diagnosis was positive for pneumonia and that scared her. “I had atypical pneumonia many years ago. Then I know that I am touched by the lungs. Obviously I already stopped smoking, but I did smoke. And all this, because it gave me these feelings of fear, really ”.

Now the actress is fortunately stable at home with her children. He mentioned that he still uses oxygen for two hours in the morning and two hours in the afternoon. She asked everyone that when they want to know about her that they better contact her directly.

This was said by the exaggerated statements that Yadhira Carrillo gave and that was replicated in some media without considering Leticia’s opinion. “Fortunately so far I have no spokesperson, whatever you want to ask me, I will answer you. When I can, I answer them (…) whenever they want, I speak and say it, I share it on social networks. Whatever you want to ask me, here I am ”.

Also read:  Pati Chapoy Without Makeup Leaves Much To Be Desired

We share with you the statement that Yadhira said verbatim and that made Leticia angry for the falsehood in her statements:

"All I know is that she called ‘Juan chiquito’, Juan’s son, and told him that he was very ill, that he could no longer breathe, that he was already purple … then Juan quickly moved and found bed, found a hospital, went out to search and I know that was how they immediately received her (…) She arrived purple, yes she arrived purple, I understand that her divine driver wrapped herself in plastic and took her, Yadhira pointed out.