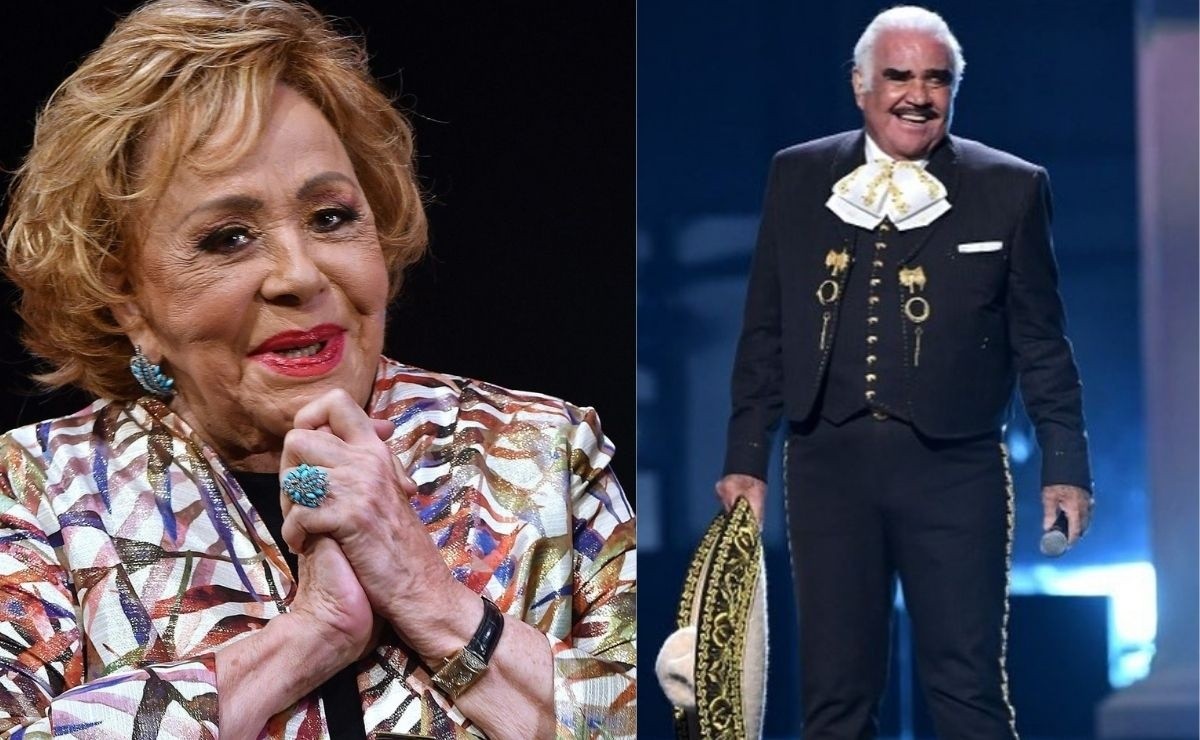 Silvia Pinal remembered when Vicente Fernández told her: "How I would like my Foal to meet his Yeguita, which was Alejandra Guzmán"

Can you imagine that Alejandra Guzmán and Alejandro Fernández were a couple ? Although it may sound a bit far-fetched, that was the wish of his parents a few years ago, the Mexican film diva and the singer Vicente Fernández , which, as time has shown, could not come true.

Without a doubt Vicente Fernández and Silvia Pinal are two great stars of Mexico , loved, admired and followed by millions of people whose fame has transcended around the world over the years, winning the hearts of the public, he for music and she thanks to her acting work in film , theater and television . However, few knew that a few years ago Vicente Fernández and Silvia Pinal dreamed of being in-laws and marrying their children.

Now that the health of the Charro de Huentitán continues to alarm and has his fans worried, users on social networks have taken on the task of bringing to light never-before-said details about the singer or the people who have been close to him, such as This was the case of an interview that Pinal gave a few years ago, in which she assured that both she and Don Chente wanted to be related.

According to what was stated in the magazine TVNotas, a few years ago, the first actress confessed that she and the interpreter of the Mexican regional fantasized about the idea of ​​becoming in-laws for her children Alejandra and Alejandro, since they were one hundred percent sure that they could be a great couple.

Also read:  Alejandra Guzmán Changes Her Look And They Flatter Her On Social Networks

On that occasion, Silvia Pinal commented:

There was a time when Vicente approached me and said: ‘How I would like my Foal to meet his Yeguita, which was Alejandra

As if that were not enough, in said interviews, Pinal added: "I would have loved for them to become a couple, but it was not the time and everyone has made their lives on their own."

And indeed each one made their respective lives, very different by the way, both got married and while the Foal had five children, Alejandra one, Frida Sofía, they have married and separated, however, something that they have agreed on is all over the world. success they have achieved since the two have become a benchmark in the musical world.

The two singers, who are only three years old, could have been the perfect couple according to their famous parents. Although the relationship never had a place, according to what the actress pointed out, both for her and for El Charro de Huentitán, it would have been a great dream to see her children married and with children. In fact, Vicente Fernández always had great affection for Alejandra Guzmán, to the point that he gave her three miniature horses.