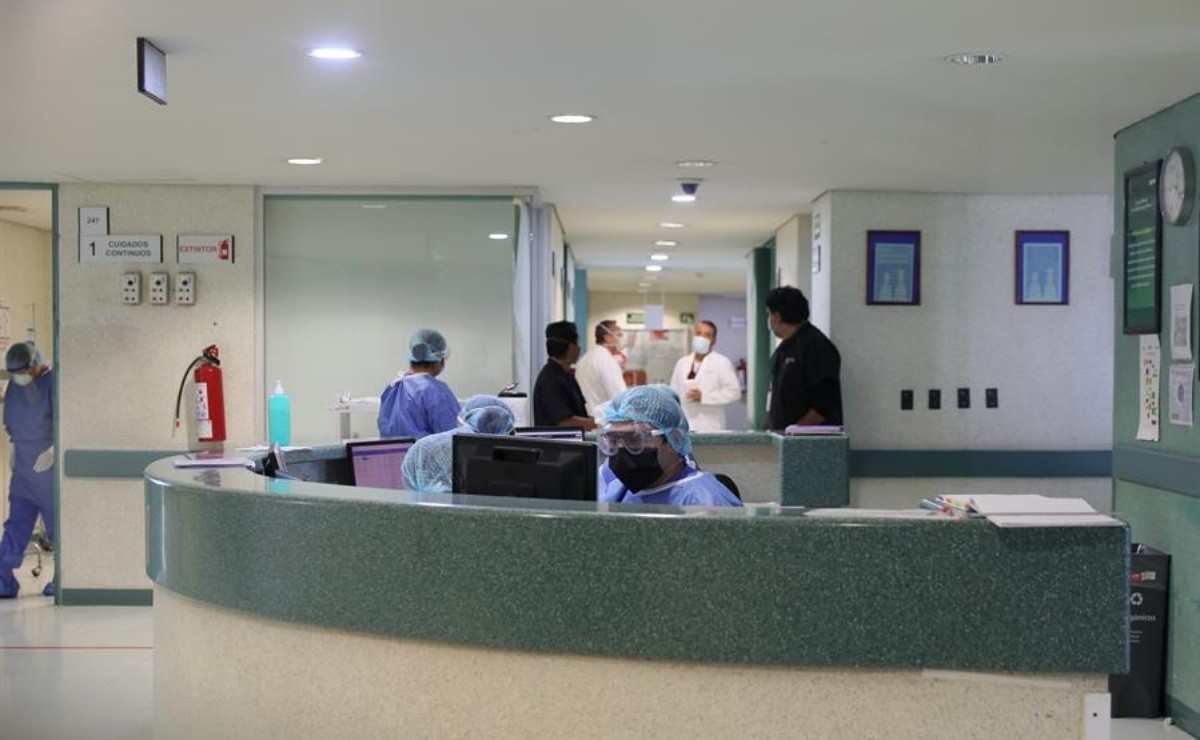 An increase in 24 hours of 1,562 and 112 deaths is the statistics to date in Mexico due to coronavirus

The health authorities of Mexico reported this Sunday that their country accumulates 3,465 deaths from COVID-19 , 112 more than the previous day, and 35,022 confirmed patients, which represents an increase of 1,562 in the last 24 hours.

The increase in deaths (3.3%) and that of confirmed patients (4.7%) is one of the lowest that has been registered since the end of April, when the Mexican Government announced the entry into the maximum expansion phase of the disease.

"It does not necessarily mean a pattern of reduction in the speed of change, but it is worth noting that it occurs. Let us continue to expect how it behaves in the following days," said the Undersecretary of Prevention and Health Promotion, Hugo López-Gatell.

It may interest you: Deaths from coronavirus in Mexico per day exceed Italy and Spain

At the press conference, no information was given on hospital occupancy in the states, unlike what has been done so far.

The Mexican authorities predicted the peak of the pandemic between May 6 and 10, although they postponed the forecast of the peak for the Mexican capital, the hotbed of the disease, until the end of the month.

With 129,000 tests carried out, Mexico is the country that performs the least tests, so its own government estimates that the number of COVID-19 patients is up to nine times higher than the officially registered.

The authorities also consider that the actual number of deceased is greater than that computed, given that there are patients who die without being able to do the test and a scientific committee must determine the reason for their death, so it takes a few days for them to stay registered.

Faced with complaints from health personnel due to the lack of protection material to care for COVID-19 patients, López-Gatell recalled that the airlift with medical supplies between China and Mexico "continues to arrive", and that the Mexican government calculated the arrival to the country of more than 11 million face masks.

On the other hand, the official warned that from October there could be a re-outbreak of COVID-19 along with the influenza (flu) that arises every year at this time, which could pose "an additional challenge" for the health system Mexican.

The president of Mexico, Andrés Manuel López Obrador, plans to present throughout this week the economic and social reopening plan that the country will follow to lift the confinement due to the COVID-19 pandemic.

The Government of Mexico prohibited non-essential economic activities during April and May, although it did not specify sanctions for companies that fail to comply with that decision, and urged the population to stay at home during this time, although the quarantine is not mandatory so as not to affect to the millions of people who make a living from informal trade.

Also read:  US Companies Require Their Employees To Get Vaccinated

According to the forecasts of the Mexican health authorities, the deconfinement should begin in June.