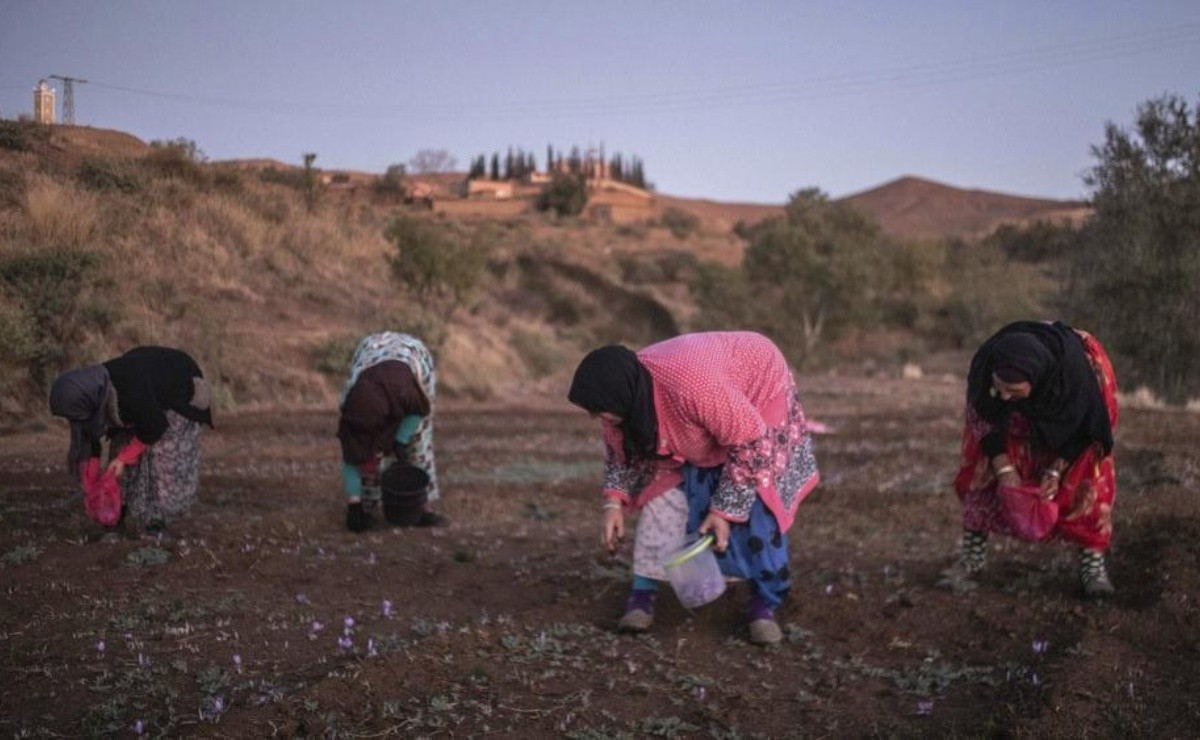 A ten-year-old boy calls to pray at dawn in an isolated village in Morocco’s Atlas Mountains, setting off a laborious day in which locals will race against the clock to harvest the harvest that produces the most expensive species in the world. land: saffron.

Those who respond to the call are mostly elderly women, who leave their mud brick houses in Askaoun before the sun rises and head to fields covered in violet flowers whose crimson threads will transform into the orange saffron consumed throughout the world. .
“The flowers ask us to pick them. Look, they are delivered to your hand, ” says Biya Tamir, a collector. She does not know how old she is, although she estimates that she is in her sixties. Her spirit, she claims, is that of a girl.

Women have back pain from bending over and have blisters on their hands on this cold morning, but they sing and talk while picking flowers that grow in few regions of the world. Morocco is one of the world’s top five saffron producers, with a production of 6.8 tons last year, according to the agriculture ministry. Iran is by far the world’s largest producer.

Saffron plants bloom for only two weeks a year and the buds, which have three strands each, are ruined if they break open. This increases the pressure on women to work quickly and efficiently.

Everything is done by hand. If the strands are not collected and dried within a few hours, their quality is drastically reduced. That is why the cultivation of saffron is one of the most laborious agricultural activities. Not in vain is it called "red gold".

Few crops thrive in the arid lands of the lower Atlas Mountains, so the locals rely exclusively on saffron to survive. But they only see a tiny percentage of what consumers spend on the species, and bad weather can wreak havoc on their economies. This year the rains were erratic, snow was scarce and it was not very cold.

“The harvest was at least 50% lower than last year. People feel helpless, ”says Rachida Baha, president of a cooperative called Tamghart Al Filahya, which helps women who work in the saffron harvest.

"Women don’t know the true value of saffron," Baha said. “For years they have been working almost for free. Many still do ”. The village has no nearby medical services and the women give birth at home.

It may interest you: The color of your nail polish speaks of your attitude towards life