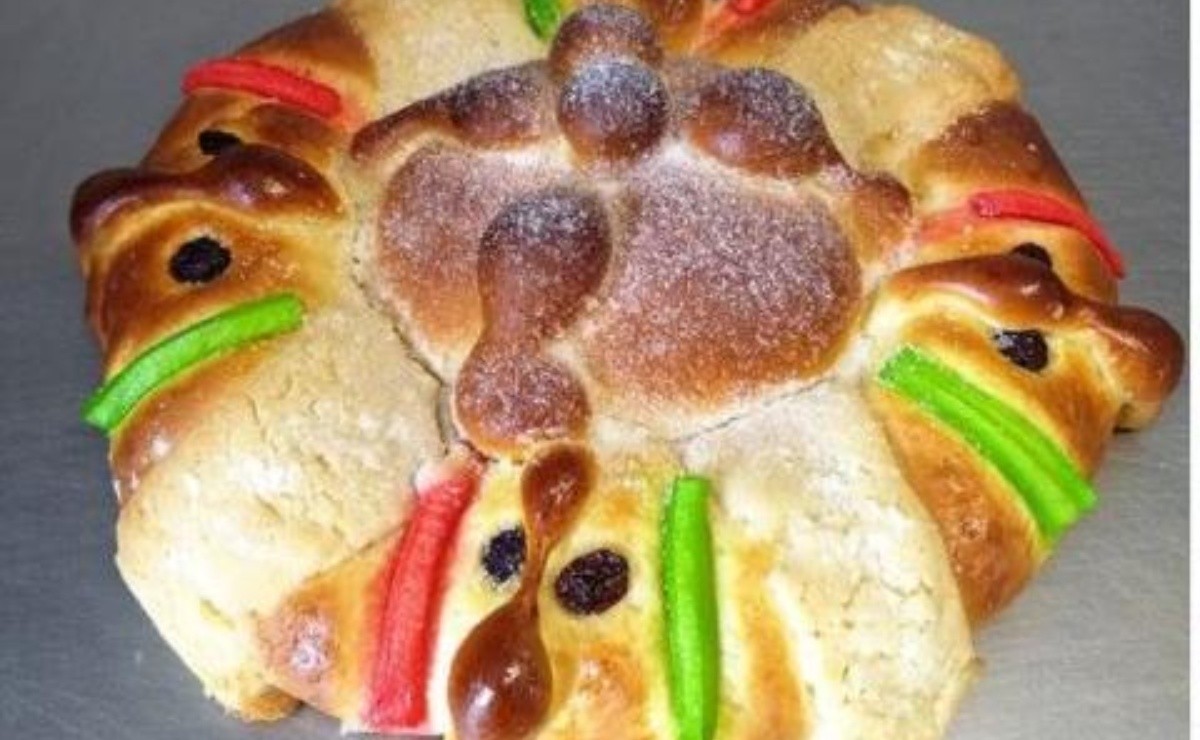 If the Manteconchas were still not outdone, now the Mexican confectionery ingenuity has merged the Rosca de Reyes and the Pan de Muertos.

Once again the Mexican ingenuity was put to the test and at the same time confirmed, but now with a culinary sample such as the Rosca Muerta, a very Mexican combination that no one wants to miss.

The combination of Pan de Muerto with Rosca de Reyes is something that many asked for but that no one had thought to do, until now.

A great success has been the new combination of two of the favorite desserts by thousands of Mexicans who have to wait for the Day of the Dead and January 6 to be able to taste them.

It may interest you: Stuffed empanadas made with white bread, easy and delicious

Mexican pastries had previously blown the wall with the combinations they had made, such as the famous manteconchas, but now a new combination has broken all the time barriers that exist between the Day of the Dead and January 6.

On his Facebook account, chef Alfonso Domínguez shared this peculiar combination that has left all lovers of Mexican pastry stunned and even those who do not consider themselves as such.

In the publication you can see the ingenious combination between a traditional Pan de Muerto and a Rosca de Reyes. The photography of the dessert has had a great impact throughout Mexico and it is not for more because many people wait months to be able to taste these breads.

The Rosca Muerta consists of a mini Rosca de Reyes that in its center has a Bread of the Dead, but forming a single bread that, due to its combination, looks very curious and colorful, making the craving soar.

The photograph of the combination made by chef Alfonso Domínguez immediately that went viral in recent days, despite being released about three weeks ago. But that time is left behind by the new combination that has caused a lot of curiosity.

This is one of the proofs that Mexican food can be reinvented, or in its case the popular desserts, as happened, for example, with the popular manteconchas a few months ago.

It may interest you: Two easy-to-make Mexican desserts to pamper your partner