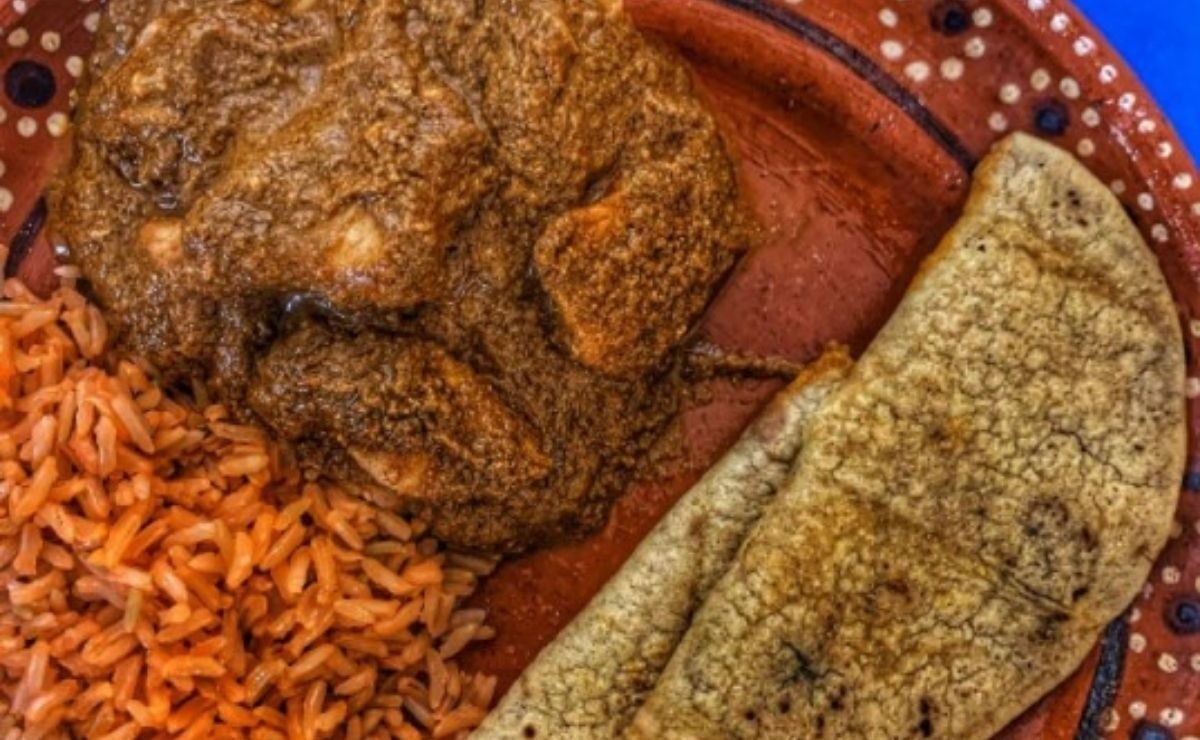 For good food lovers, the pipián is an authentic dish that if you still do not know it, you will surely love it, because since ancient times it has managed to conquer the palate of many

Mexican gastronomy is one of the most extensive and recognized worldwide, there is no doubt about that, above all it stands out for its great creativity when preparing sauces and moles, because in almost everything, the chili is becomes a star ingredient. Today we will learn a little more about the pipián and the origin of this great-tasting pre-Hispanic mole.

In Mexico there is a tremendous variety of chili peppers, and whether we use some with seed or without roasted seed, the result of the dish will be authentic and very tasty, worth repeating again, and that is why there are different types of mole, but Among the most prominent is the pipián, have you tried it?

Why does the pipian taste great? Its ingredients have a great influence on it, which are toasted and ground pumpkin seeds, which are mixed with poultry, pork, beef or rabbit meat, which makes it a typical Mexican stew whose origin originated in Mexico. Prehispanic, so as you can see, it is the holder of a prestigious place in history.

In the book General History of the Things of New Spain, Fray Bernardino de Sagahún, reported that he enjoyed eating pipián a lot, he even assures that the natives called the dish, totolin patzcalmollo. It should be noted that although some things have changed today, pumpkin seeds are still the essence of pipián, with which the chili mixture is thicken. Previously, this mixture was used to eat fish or game animals, but it was in the viceregal convents that everything changed.

Also read:  Mushroom Dinners That Will Keep You From Gaining Weight

From that moment, aromatic herbs, spices, pork and chicken were added to the dish, and that is how it acquired the touch that we know today, which has managed to cross borders and make the name of Mexico stand out very high. But besides pumpkin seeds, there is still much more to discover.

This incredible dish usually uses other ingredients in addition to pumpkin seeds that enhance its flavor, such as ancho chili, sesame, tomato and onion, but despite being something very ours, not in all the cities of the country they use their consumption, which is why it has been more popular in Morelos, Puebla, Tlaxcala, Zacatecas, Durango, Coahuila, Oaxaca and Mexico City.

In Quintana Roo and Yucatán something even more special happens, since the preparation is of Mayan origin, since it contains achiote, fat peppers, chawwa ik chili, oregano, garlic, tomato, epazote, green plums and corn dough to thicken; simply a delight. In southern Mexico they can use venison as an alternative, however the most common are pork and chicken. As for Yucatán, a variant of pumpkin seeds is usually used, and it is called chinchilla, causing the reddish color to be achieved when the stew is colored with annatto.

Currently you can find the pipián in powder or paste, with which its preparation is more practical, however, the flavor is not equal, so if you have time it is better that you go to the kitchen for a while, it will be too worth it, and you and your family will be able to enjoy an authentic Mexican dish worth licking your fingers.

Also read:  Downlicia: The Pastry Of A Boy With Down Syndrome