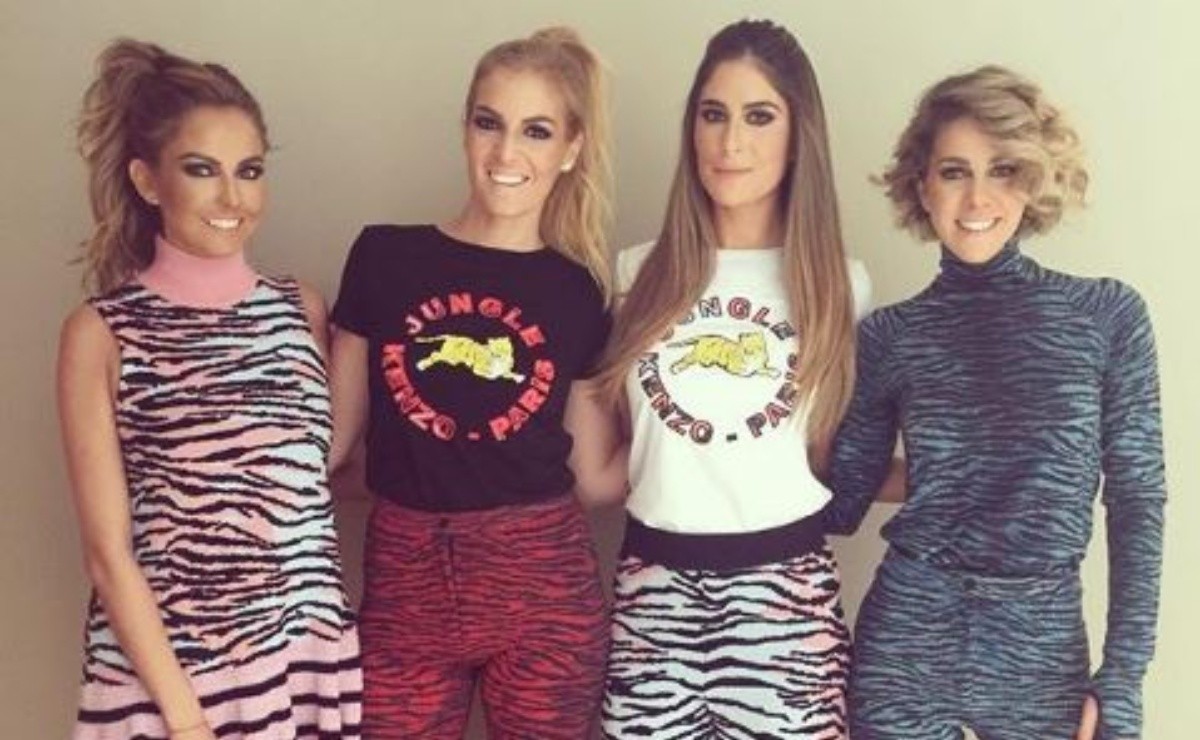 Member of the 90s Pop Tour with the group JNS, Angie Taddei after 9 years of marriage would be going through a divorce process with José Portillo

After a marriage of little more than 9 years , Angie Taddei member of JNS would be in the process of divorce although she has not spoken much about it, apparently many factors intervened.

Rumors about a possible divorce between Angie Taddei and her husband, José Portilla, whom she married in 2010 in the Riviera Maya with whom she was in love with, are strong.

Angie Taddei is a member of JNS and has shared a tour since 2005 with the 90s Pop Tour itself, which is on its third uninterrupted stage.

This year was brutal! My family grew, and with that came a lot of learning. Adaptation. Acceptance of me. how I looked, how I felt. We live in a crazy world and we have to force ourselves to slow down in order to see our achievements, be grateful for every second of life, appreciate every moment, every circumstance. Because each one is an apprenticeship, the good guys, the bad guys, tooooodoooo always teaches us something, which is going to be stronger. TOP. You cannot stop recognizing the people who accompany you. I am fortunate to have great characters around me who I learn from every day. Family, friends, managment offices. The known and unknown groups of the 90s that we already became family. Sharing our crazy lives on tour and rehearsals and above all this unmatched energy that the stages and the people give us. It unites us on inexplicable levels. A year of a looooong movement that I appreciate and thank! So THANK YOU !!!!! # lalastimaynosvamos #lastconciertodelaño @boboproducciones

They share two children in common, Ignacio and the youngest Matías, who was born on March 7, 2018 and of whom they are indicated, she will be the one who will have custody.

Several media began to circulate the news, in a recent interview at a press conference when asked about it, he only limited himself to saying these words.

"I have nothing to say, nothing more than Joe is my best friend, he is a gentleman, he is the father of my children and I have nothing else to say …", he stressed.

It is not known for sure what led to this decision, but as highlighted by a magazine, according to what I stated during the siege, they would have had problems due to distancing and with regard to economics.

"It could be, everything can be in this life …" Angie also expressed when addressing her on the subject of her divorce.

In her Instagram account, the 36-year-old singer had the last photo of her family with her husband uploaded on January 1.

I only ask you for these and nothing else 2019! ❤❤❤ #eternallygrateful

In recent images, she is shown beautiful, happy and with the smile that characterizes her, if she is in the process of divorce it is a lake that requires time, attention and above all to have body and mind to seek the well-being of her, and her family.