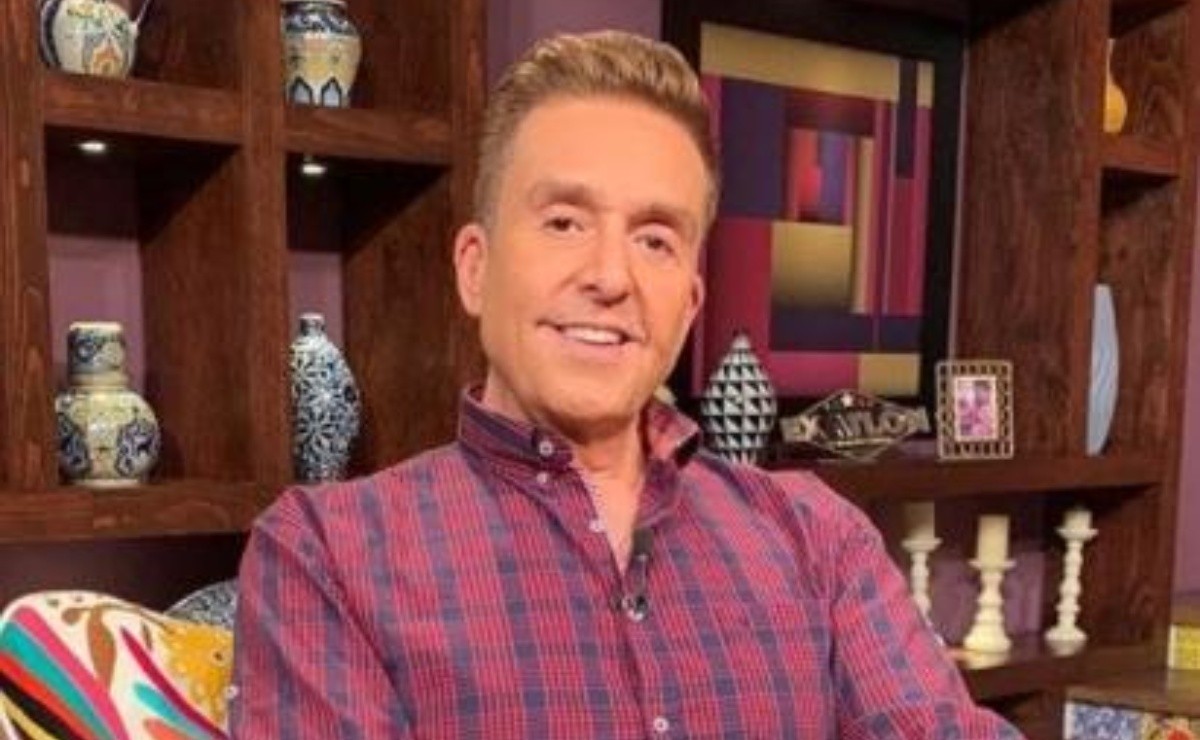 The couple of the moment without a doubt is that of Belinda and Christian Nodal since everything they do in a matter of seconds is already news. Although many applaud his love, others do not hesitate to criticize him, as is the case of Daniel Bisgno.

The host of the show program Ventaneando, Daniel Bisognio criticized the romance of Belinda and Christian Nodal, he does not hesitate to say that they are nacos.

It should be noted that the loving couple is celebrating another month of love, something that they did not hesitate to share with all their followers on social networks, whose reactions by Internet users did not wait.

In this celebration the famous singers enjoyed a dinner with live music and personalized details, as well as the exchange of expensive gifts and tattoos to seal their great love.

Belinda got the initials of Nodal tattooed on a heart that, as she said in an interview, was destined for the love of her life, the singer did not want to be left behind and painted the singer’s eyes on her chest apart from the fact that she put ‘Beli’ near the ear.

Something that apparently did not like Daniel Bisogno, since that is how the program he leads began.

We start ladies and gentlemen with this nonsense, this pelaza and this insult to the intellect !. That is not love, that is cat

Another of the drivers, Pedro Sola tried to defend the lovers: "I understand the party, the romance, the love (but) the tattoos …" To which Daniel immediately disagreed with everything that had happened and pointed out that Belinda ‘nothing silly’ got Nodal on her nails, something that can be taken off.

As if that wasn’t enough, he teased Belinda’s tattoo with her boyfriend’s initials on a heart.

It was from Chapulín colorado, that heart is from Chespirito

With what he was totally against was with the tattoo of Nodal with Belinda’s eyes and of course he did not hesitate to mention the other boyfriends of the singer who has also tattooed something in his honor, such as Criss Angel and Lupillo Rivera .

A tattoo of that size is already very vulgar … They have all been tattooed and it leaves them with the piece of skin spoiled … you need to be an idiot to get tattooed … Don’t you think they don’t cry with their piece of jerky spoiled?

Belinda did not get rid of the cruel comments of Daniel Bisognio, since the way he celebrated her boyfriend did not like her either.

Naquísima the party with Totis (a brand of fried foods) … First dead before there is Bocadín (a brand of chocolates) for a party like that. Once at home I swallow them all, yes … the taste is not bought with money

Pedro Sola was not silent and assured that the romance has its days numbered. Given all this, Christian Nodal sent a hint on social networks where he made it clear that he did not care about the criticism about his courtship.

Also read:  Belinda's mother-in-law asks me to return her son, she misses them